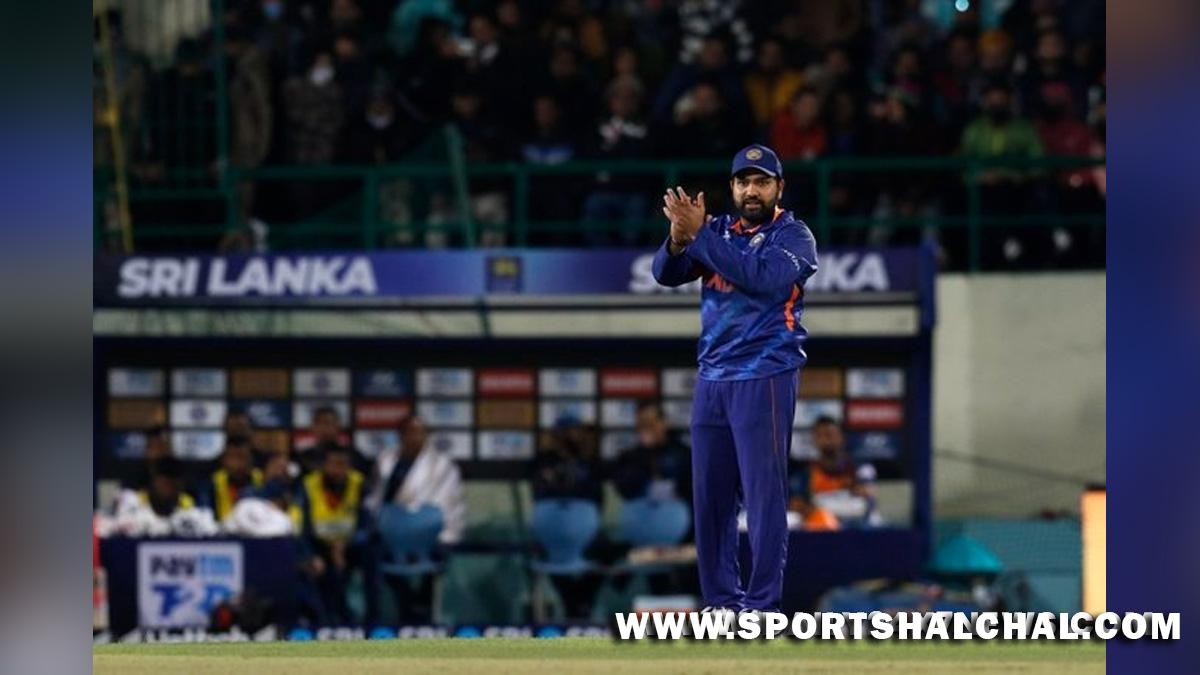 Dharamsala : After a convincing 3-0 sweep over Sri Lanka, India captain Rohit Sharma on Sunday said that a lot of positives came out from the series and it was good to give opportunities many new players in order to understand what kind of bench strength team has and which gaps side need to fill going forward.A fighting fifty from skipper Dasun Shanaka (74 not out off 38) helped Sri Lanka post 146/5 in 20 overs. In reply, Shreyas Iyer continued his sizzling form and smashed third consecutive fifty (73 not out off 45) of the series while the likes of Ravindra Jadeja (22 not out off 15), Deepak Hooda (21 off 16), Sanju Samson (18 off 12) also contributed well with the bat as India chased down the target in 16.5 overs.It was India’s 12th successive T20I win, the joint-longest winning streak for a full member and their seventh series win on the trot at home in this format.”It’s a pattern of everything that comes together. We played very well. Lot of positives came out from the series. Want to understand what kind of bench strength we have. Good to give opportunities to those guys. Important to tell guys not to worry about your positions in the team. Want to fill whatever gaps we have.

Keeping that in mind we want to move forward,” said Rohit Sharma in the post-match presentation.Rohit admitted that it’s going to be a challenging task for the team management to pick the playing XI with so many players competing for similar slots.”Going to be a big challenge but always nice to have guys in form (whom to pick),” he said.Talking about the upcoming Test series, Sharma said, “Once we reach Mohali we’ll start thinking about the Tests.”Meanwhile, Shreyas Iyer, who smashed three consecutive half-century and remained unbeaten in three matches, finishing with 204 runs in the series, said that all knocks were special for him and today’s game he was just playing the ball on merit.”All three knocks were special, but yesterday’s – coming in at a crucial moment, I’d pick that. Only require one ball to get into form as long as you’re keeping your eyes on the ball and playing it on its merit. The wicket was a little two paced today compared to yesterday. Was playing on merit. Outfield is so fast, I just had to hit gaps,” Shreyas said.Speaking about his comeback after the journey, Iyer said,” Been a rollercoaster journey after my injury. Real test of you is during rehab sessions.”