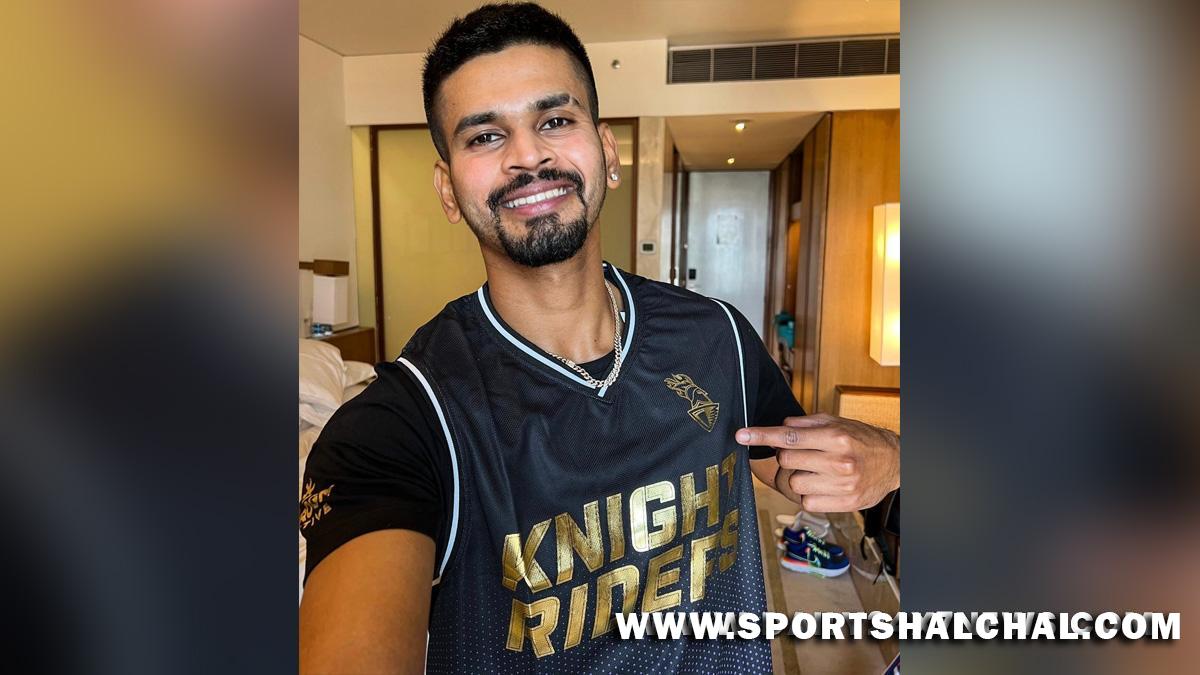 Dharamsala : India batter Shreyas Iyer believes that he would be entering the captaincy job with his new IPL team Kolkata Knight Riders (KKR) with more maturity and experience with regards to decision making and captaincy skills. In the IPL Mega Auction, Iyer was snapped by Kolkata for INR 12.25 crores and was soon announced as the captain of the franchise ahead of IPL 2022.Iyer comes in with experience of captaining Delhi Capitals in 41 IPL matches, including taking them to the final of IPL 2020. “I would be coming in with a much different mindset now. I’m now more mature and experienced in terms of my decision making and captaincy skills. Really waiting eagerly to work with every individual in the team, and build that synergy which could really help the team perform at a different level. I’m just going to love the responsibility, and I thrive under pressure,” said Iyer to KKR’s official website on Monday.

Iyer will be the sixth player to lead KKR in the IPL after Sourav Ganguly (2008-10), McCullum (2009), Gautam Gambhir (2011-17), Dinesh Karthik (2018-20) and Eoin Morgan (2020-21). “You know, for me to be part of the KKR family is an enormous feeling. I want to really appreciate the work which has been done by all the great players in the past and I would like to follow the same footsteps, which they have created for KKR.Personally, I feel that I’m a player’s captain and I want to create an atmosphere where all of us are thinking towards one goal, which is winning,” stated Iyer about his captaincy vision with KKR.Asked if he was watching the IPL Mega Auction proceedings live, Iyer remarked, “I was watching the auction and KKR went for me right from the start. There were some other big franchises as well coming along and I remember the battle was going on.

We, all of our (India) team members were sitting together and watching the Auction on TV.””My heart was pumping, and I wasn’t able to control my emotions. I was trying to act relaxed, but you know, andar hi andar se (from inside), I was feeling a little nervous. Eventually KKR got me, that feeling was amazing. I’m really proud, considering the rich history and to be coming into the KKR setup.”Iyer signed off by saying that he has had some interactions with head coach Brendon McCullum, who set the IPL alight with an unbeaten 158 on the first day of the tournament in 2008. “Brendon McCullum as a coach I feel is very aggressive. Even when you saw him playing for his country (New Zealand), he was someone who was very aggressive and he is kind of a risk taker.””And I absolutely love that. Obviously I’ve had few interactions with him after the auction. He’s got that calm demeanor and I’m really looking forward to working with him, and to have some very successful seasons for KKR over the years.”IPL 2022 will begin from March 26 and run till May 29. The group stage of the tournament will be held across four venues in Mumbai and Pune: Wankhede Stadium, Brabourne Stadium, DY Patil Stadium and MCA International Stadium.