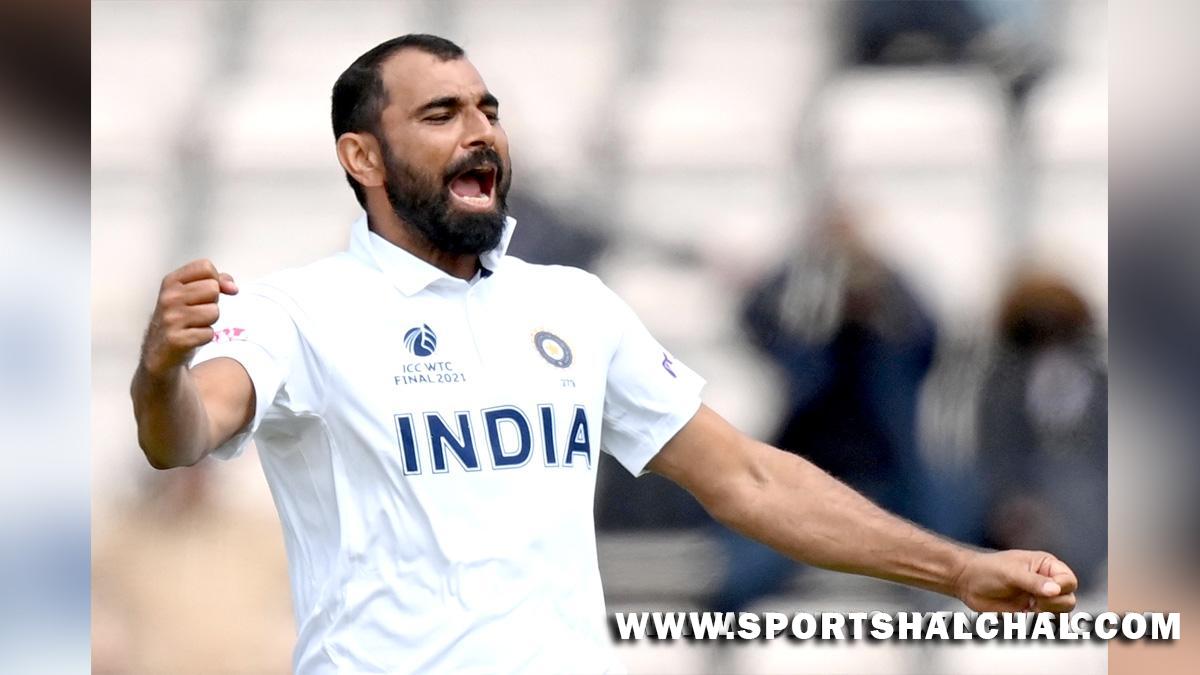 Centurion (South Africa) : Pacer Mohammed Shami’s fifer put India in a commanding position against South Africa on the third day of the first Test of the three-match series, at SuperSport Park, here on Tuesday.KL Rahul (5 not out) and nightwatchman Shardul Thakur (4 not out) were unbeaten at the crease as India, who scored 327 in their first essay, finished Day 3 at 16/1 in their second innings, leading South Africa, bowled out for 197 in their first innings, by 146 runs.Overall, a total of 18 wickets fell across three innings during an action-packed day’s play, which is the most in a day in a Test in Centurion. The previous most being 16 on the third day of the Test between South Africa and New Zealand in 2007/08.Resuming the day comfortably placed on 272 for 3, India gave away the momentum to the hosts. Proteas pacers — Lungi Ngidi (6/71), Kagiso Rabada (3/72) — used the bounce and lateral movement to perfection and rattled the Indian batting attack, as visitors could only add 55 runs to their overnight score and lost seven wickets quickly in the morning session.

KL Rahul (123 off 260), who looked in fine touch on Day 1, was the first one to get dismissed. The opener tried to play a swivel pull off Rabada but he gloved the ball and keeper Quinton de Kock took an easy catch.Next was Ajinkya Rahane (48 off 102), who tried to play a cut shot off Ngidi, but was only able to give a catch to the wicketkeeper. Thereafter, the likes of Rishabh Pant (8), Ravichandran Ashwin (4), Shardul Thakur (4), and Md Shami (8) got out in quick succession.The last-wicket partnership of 19 runs between Jasprit Bumrah (14) and Md Siraj (4) gave some late flourish and took Indian innings to 327.In response, however, South Africa too had their batting troubles as Jasprit Bumrah dismissed the Proteas captain, Dean Elgar, in the very first over of the hosts’ innings before lunch. However, the carnage took place after the first session break as Shami and Siraj made up for the brief absence of Bumrah, who was out nursing a sprained ankle.The duo ripped through South Africa’s top order and reduced them to 32 for 4 with some exceptional bowling. Aiden Markram (13) and Keegan Petersen (15) were cleaned up by Shami while Rassie van der Dussen (3) was sent back to the pavilion by Siraj.

From there on, Temba Bavuma and Quinton de Kock stitched a 72-run stand for the fifth wicket to bail the Proteas out of a precarious position. However, de Kock (34) chopped a Shardul Thakur delivery back on to his stumps only a few minutes before tea, allowing India to seize the momentum again.In the third session, Bavuma went on to register his half-century but fell soon after reaching the mark. South Africa’s lower order, however, provided some resistance, especially Marco Jansen (19) and Kagiso Rabada (25) who played out more than 10 overs for 37 runs.It was again Thakur who broke the partnership, trapping Jansen leg-before with an incoming delivery. Rabada was soon caught behind to hand Shami his 200th Test wicket. Keshav Maharaj hit a few boundaries before getting out in Bumrah’s return spell, as India bowled out South Africa for 197 in their first innings.Mohammed Shami was the most successful bowler for India with 5/44 while Jasprit Bumrah 2/16, Shardul Thakur 2/51, and Md Siraj 1/45 were other wicket-takers.After bowling out South Africa for a low total in their first innings, India lost the wicket of Mayank Agarwal (4) in the sixth over of their second innings. However, Rahul and nightwatchman Shardul denied Proteas any other wicket at the end of play on Day 3, leaving India in the driver’s seat.
Brief scores:
India 327 in 105.3 overs (KL Rahul 123, Mayank Agarwal 60; Lungi Ngidi 6-71, Kagiso Rabada 3-72) and 16-1 in 6 overs lead South Africa 197 all out (Temba Bavuma 52, Quinton de Kock 34; Mohammed Shami 5/44) by 146 runs