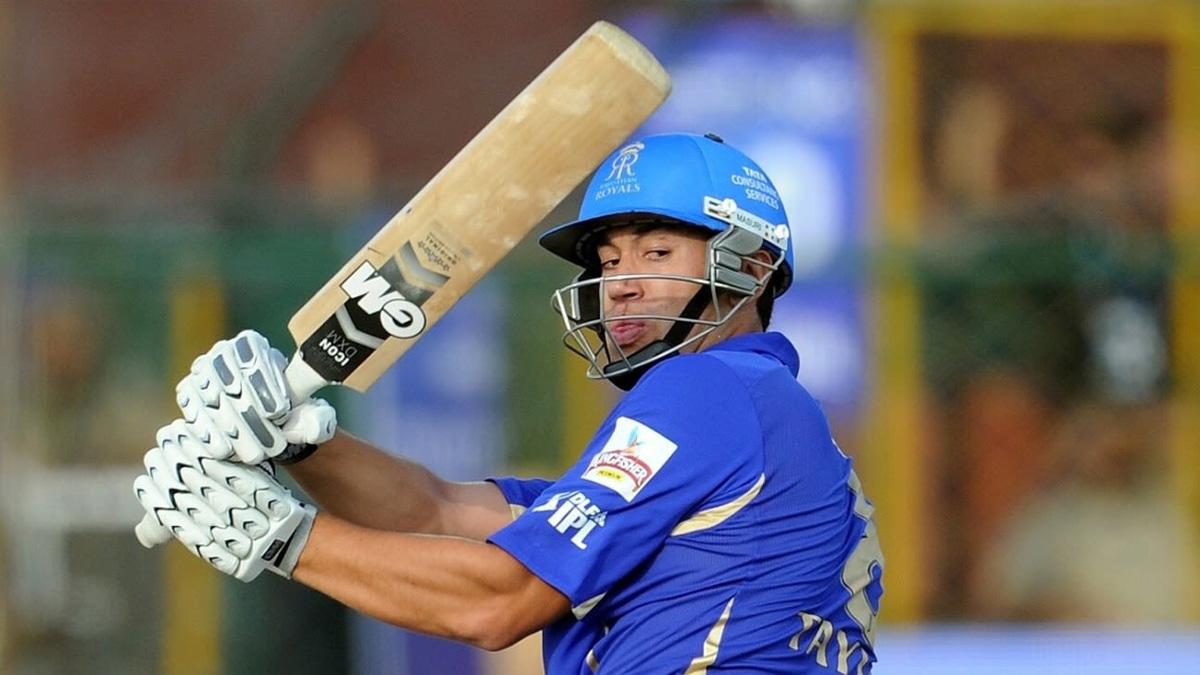 A Rajasthan Royals owner slapped me three or four times, says Ross Taylor in his autobiography

Hamilton : Former New Zealand batter Ross Taylor has said in his autobiography that he was “slapped” by one of the owners of the Rajasthan Royals franchise three or four times during the 2011 IPL season.

“The chase was 195, I was lbw for a duck and we didn’t get close. Afterwards, the team, support staff and management were in the bar on the top floor of the hotel. Liz Hurley was there with Warnie (Shane Warne).

One of the Royals owners said to me, ‘Ross, we didn’t pay you a million dollars to get a duck’ and slapped me across the face three or four times.
“He was laughing and they weren’t hard slaps but I’m not sure that it was entirely play-acting.

Under the circumstances I wasn’t going to make an issue of it, but I couldn’t imagine it happening in many professional sporting environments,” wrote Taylor in his book, of which an extract was published on stuff.co.nz.

There has been no comment yet from Rajasthan Royals on Taylor’s revelations. After spending the first three seasons of the IPL at Royal Challengers Bangalore, Taylor was acquired by Rajasthan Royals for USD 1 million at the player auction ahead of the 2011 season.

In the book, Taylor wrote that he wished he had stayed with Bangalore as he spent just one season with Rajasthan before moving to Delhi Daredevils (now Capitals) in 2012 season and subsequently, Pune Warriors India.

“While it was amazing to go for a million dollars, in the long run I would’ve been better off if RCB had got me for USD 950,000. If they had, it would have been my fourth year with them.

While the IPL is pretty unsentimental, there is loyalty towards long-serving players and I probably would have had a longer IPL career as a one-franchise player.

On the other hand, if I’d stayed at RCB, I wouldn’t have played with greats such as Virender Sehwag, Shane Warne, Mahela Jayawardene and Yuvraj Singh.”
After making 149 runs in four matches for Bangalore in the inaugural season, Taylor made 280 runs in 11 innings at a strike rate of 134.61 in the 2009 IPL season in South Africa, where Bangalore were runners-up.

In the 2010 season, he made just 88 runs in seven matches in what was his final season with the franchise.”When you fetch that sort of money, you’re desperately keen to prove that you’re worth it.

And those who are paying you that sort of money have high expectations — that’s professional sport and human nature. I’d paid my dues at RCB: if I’d had a lean trot, the management would have had faith in me because of what I’d done in the past.

When you go to a new team, you don’t get that backing. You never feel comfortable because you know that if you go two or three games without a score, you come under cold-eyed scrutiny,” concluded Taylor.

One thing that stands out is how Rohit Sharma backs players who aren’t performing: Parthiv Patel