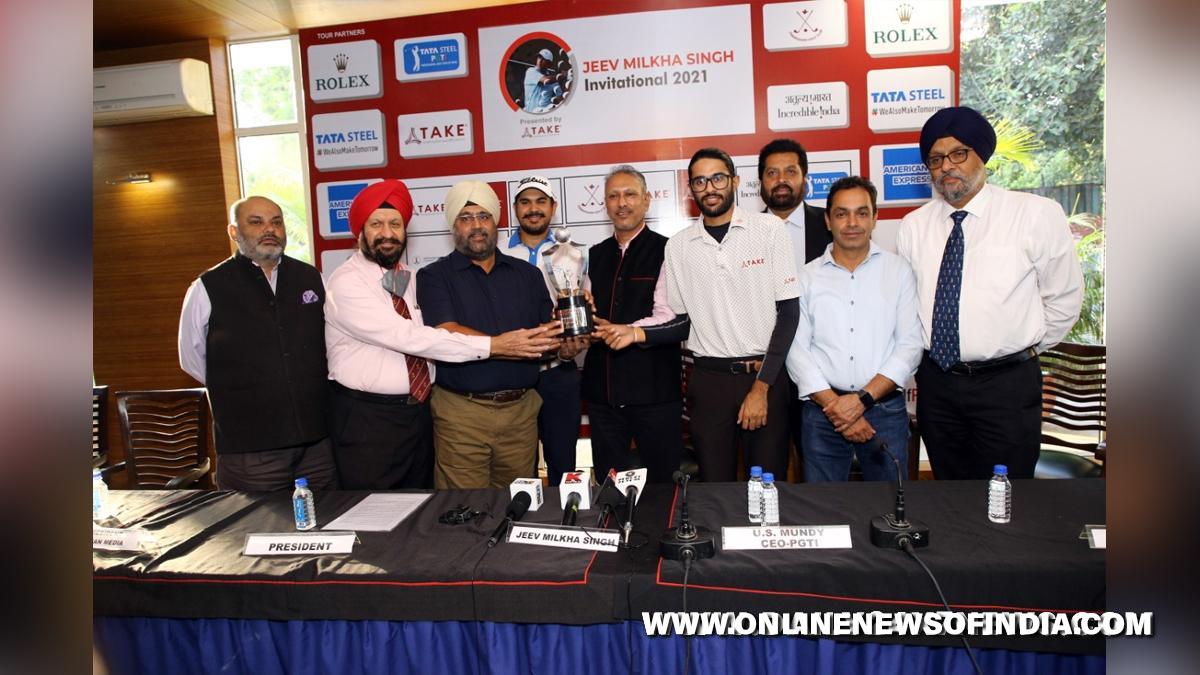 Chandigarh : Gaganjeet Bhullar, SSP Chawrasia, Shiv Kapur, Ajeetesh Sandhu, Jyoti Randhawa, defending champion Karandeep Kochhar are some of the stars that will tee-off for the fourth edition of the Jeev Milkha Singh Invitational at the Chandigarh Golf Club from November 11 to 14.The tournament, jointly launched by TAKE Sports and TATA Steel PGTI in 2018 as a gesture to honour Indian golfing great Jeev Milkha Singh, will have a total prize purse of Rs. 1.5 crore.The tournament being staged at Jeev’s home course, the Chandigarh Golf Club, for the fourth year in succession and will feature 129 participants including 126 professionals and three amateurs, it was announced here on Tuesday.This year’s Pro-Am event, to be held on Wednesday has been dedicated to Indian sports legend Milkha Singh, Jeev’s father, who passed away earlier this year. The Pro-Am event has been named Milkha Singh Pro-Am Day, a tribute to the Legend.Besides Jeev Milkha Singh, the glittering field will also feature former champions Ajeetesh Sandhu (2019) and Chikkarangappa (2018) and other big names like Udayan Mane, Viraj Madappa, Honey Baisoya, Manu Gandas, and Veer Ahlawat.

The foreign challenge will be led by Sri Lankans Anura Rohana, Mithun Perera, N Thangaraja, and K Prabagaran, as well as Bangladeshis Md Zamal Hossain Mollah, Badal Hossain, Md Sayum, Md Dulal Hossain, and Md Akbar Hossain.Jeev Milkha Singh is the first Indian professional golfer to have a PGTI event named after him. Jeev conquered uncharted territory over two decades back when he became one of the first Indian golfers to taste success at the international level. Since then he has added many more firsts and Indian records to his name.Jeev has the rare distinction of being the only Indian to have won the Asian Tour Order of Merit twice (in 2006 & 2008). He has won multiple titles on the European Tour, Japan Golf Tour, and Asian Tour and has 14 Major appearances to his name. Jeev has also achieved a career-high world ranking of 28, an Indian record.Tournament host Jeev Milkha Singh said, “I eagerly look forward to hosting the fourth edition of the Jeev Milkha Singh Invitational Presented by TAKE. I’m proud of the fact that the tournament has emerged as one of the biggest attractions on the Indian golf calendar in recent years in terms of the depth of the field, the handsome prize purse on offer, the high level of competition, and the excellent playing conditions provided by the host venue Chandigarh Golf Club.””All the previous three editions of the event have lived up to the expectations of golf fans with the winner being decided in a playoff each time. I expect another closely-contested affair this year,” he added, urging all involved to follow Covid-19 protocols during the event and later too.