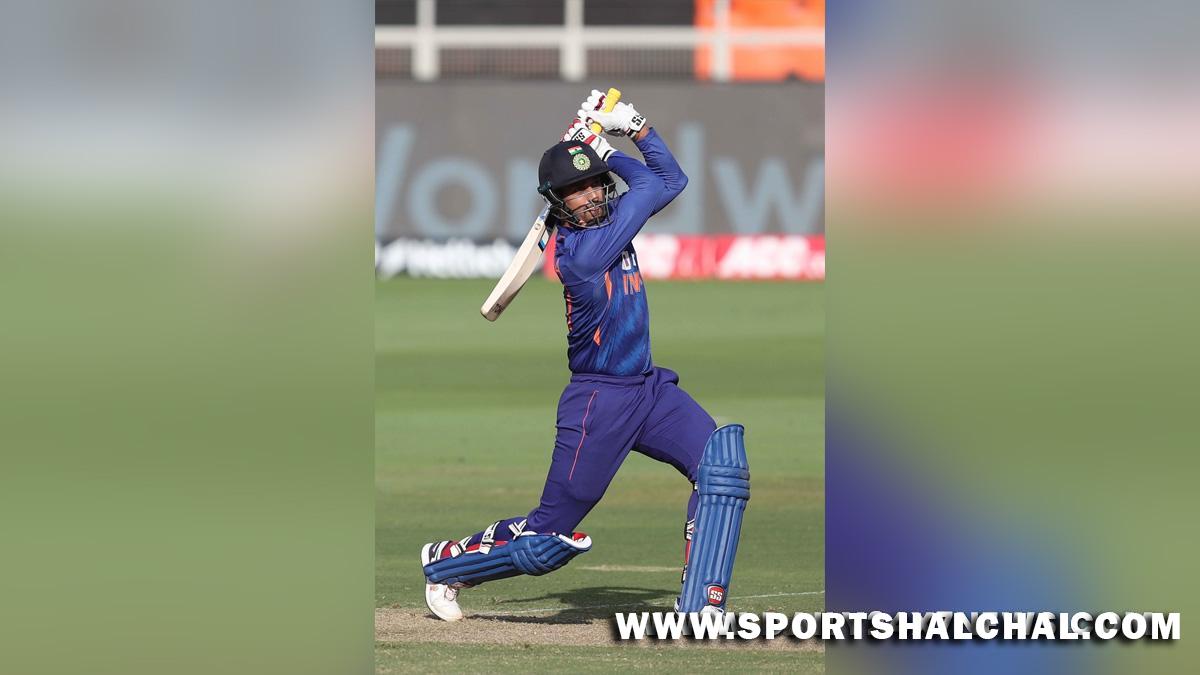 Ahmedabad : India all-rounder Deepak Hooda expressed his happiness over getting his ODI cap from Virat Kohli, terming the moment as an ‘amazing and proud feeling’. Hooda became the 243rd men’s cricketer for India in ODIs during the first game against the West Indies at the Narendra Modi Stadium.In both matches, Hooda made scores of 26 not out and 29. With his part-time off-spin, Hooda took out Shamarh Brooks in the second match as India clinched the series with the third ODI on Friday now a dead rubber.”It was a great feeling when I made my debut in the first ODI. You always work hard for that, before the match I spoke to you (pointing towards Suryakumar Yadav). I feel blessed and honoured to be a part of a champion side, a great feeling.

It was my childhood dream to get the cap from either MS Dhoni or Virat Kohli. When I was growing up, Kohli was becoming a legend and Mahi bhai was already one. Getting the cap from Kohli was an amazing and proud feeling,” said Hooda in a chat with Yadav in a video uploaded by the BCCI.Hooda, who first earned a call-up during the 2017 T20I series against Sri Lanka at home, credited his motivation to follow the right processes in domestic cricket for his entry into India’s 50-over setup.”After getting once into the Indian team, I had a bad domestic season. But at the same time, I had it in me that I had to keep the distraction on the sidelines and work on my process.””This is the thing I was doing.

The thing which was driving me was that I had to go every day, keep the process right and be a better player. Good things take time but keep yourself ready.”Hooda, 26, was in awe of sharing the dressing room with Kohli, captain Rohit Sharma and head coach Rahul Dravid. He signed off by saying that he will carry on following his process and not think of the end result.”Obviously, it is a blessed feeling to share the dressing room with Virat (Kohli) bhai, Rohit (Sharma) bhai and Rahul (Dravid) bhai. They all have been legends of the game and you always get to learn a lot. Seeing their processes, being a youngster, there is learning everywhere which I felt personally.””I am just trying to learn from them. My goal is to keep working on my process with the same intent and not worry too much about the outcome. When I think of the process, the outcome now comes automatically. It’s just the start and want to continue it.”