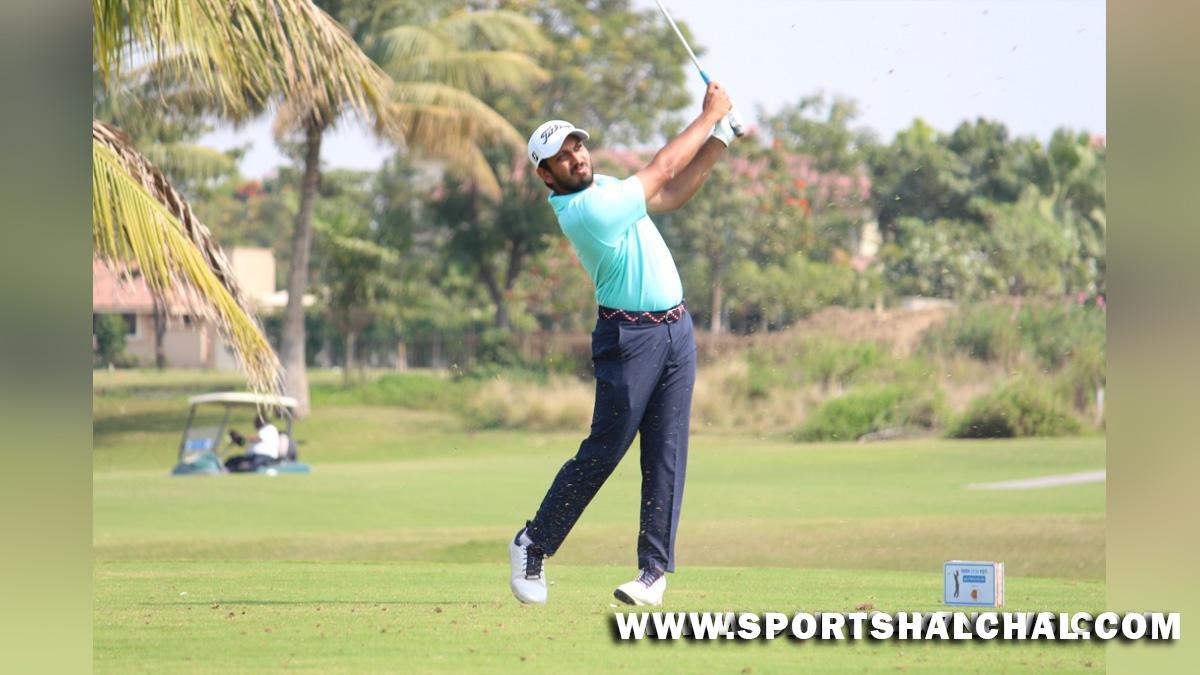 Ahmedabad : Varun Parikh of Ahmedabad dominated round four of the Final Qualifying Stage with a clinical five-under 67 to register a resounding eight-shot victory at a total of 16-under 272 at the TATA Steel PGTI Qualifying School 2022 at the Kalhaar Blues & Greens Golf Club here on Friday.Gurugram-based Sunhit Bishnoi (66-72-73-69) took second place at eight-under 280 after returning a last round of 69. Chandigarh’s Vishav Pratap Singh Gill (77-71-70-70) finished as the best amateur as he secured tied third place at even-par 288. Ahmedabad’s Jay Pandya (72-72-74-70) also took a share of third place.The cut in the final round went at 11-over 299 with the top 40 players earning their full cards for the 2022 TATA Steel PGTI season. The top 40 included seven amateurs. There were also four foreigners (two Bangladeshis, one Nepali and one American) among the 40 players who earned their full cards.

Twenty-three-year-old Varun Parikh, the overnight leader by six shots who also led the field from the second round onwards, produced the best score of the last round to stamp his authority at the event.Varun, playing in his home town Ahmedabad, had a terrific start to the final round as he birdied the first two holes making a long conversion on the first and producing an outstanding tee shot on the par-3 second. Parikh then cruised to a comfortable win adding four more birdies including three conversions from a range of 10 to 20 feet while conceding only one bogey.Varun said, “I was disappointed after a poor season last year but this performance gives me the self-belief to bounce back this year. I believe if I can shoot a score of 16-under at one of the most challenging courses, Kalhaar, then I can perform well at any other course.”My iron-play was outstanding today as I made 16 greens in regulation.

Sunhit (Bishnoi) was also playing really well. So Sunhit kept me on my toes and that in turn helped me push ahead.”I was also playing more free golf coming into this week. I was in a relaxed frame of mind and not thinking too much about the result.”I would like to thank my coach Jesse Grewal for fine-tuning my swing, my short-game and helping me with the mental aspect of my game. I would also like to thank Mr. Devang Shah for giving me a valuable piece of advice on the mental aspect of the game which helped me immensely,” added Parikh, who bagged a prize money cheque of Rs. 75,000 for his win.Nepal’s Sukra Bahadur Rai had the best finish among the foreigners as he claimed tied 13th place at four-over 292.Interestingly, Chandigarh-based twin brothers Brashwarpal Singh (tied 13th at four-over 292) and Bishmadpal Singh Seerha (tied 21st at seven-over 295), both amateurs, also earned their full playing rights on the PGTI after finishing inside the top 40.