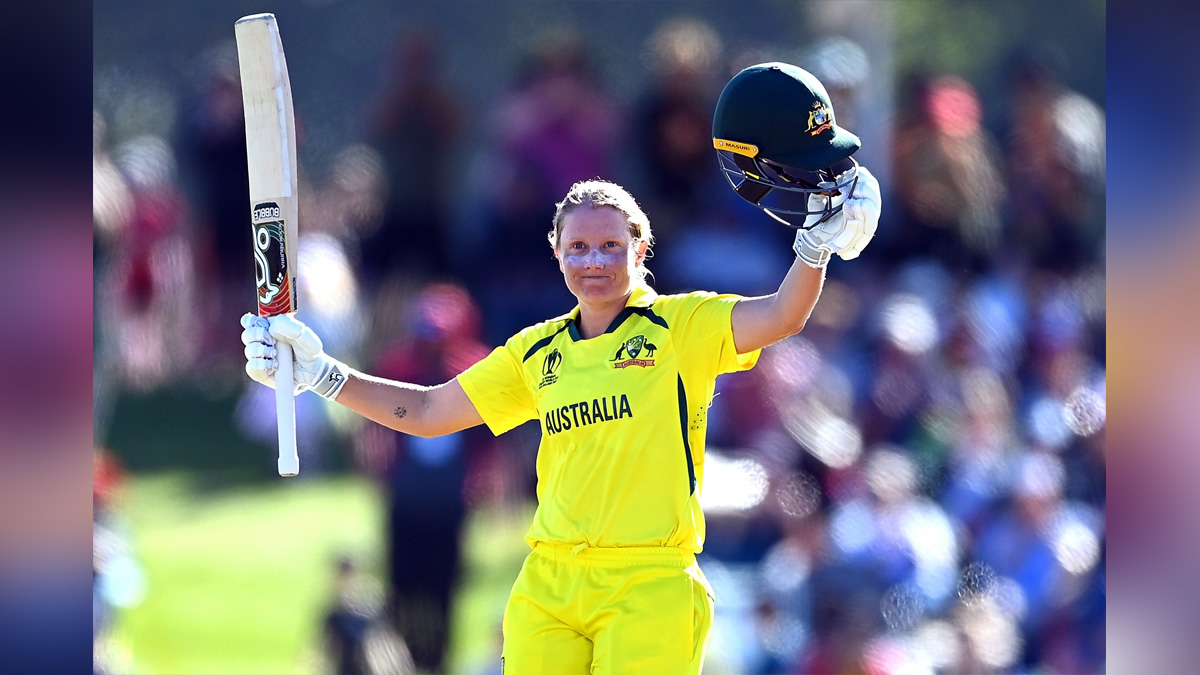 Alyssa Healy ruled out of T20Is against Pakistan, to be available for Women’s T20 World Cup

New Delhi : Australia’s swashbuckling wicketkeeper-batter Alyssa Healy has been ruled out of the T20I series against Pakistan as she is still recovering from a calf injury sustained during Australia’s T20I tour of India in December 2022.

A statement from Cricket Australia said Alyssa is expected to be available for the upcoming Women’s T20 World Cup, to be held from February 10-26 in South Africa, while adding that she will remain with the Australia squad for the series against Pakistan for rehabilitation.

Alyssa had captained Australia on their five-match T20I tour of India in Meg Lanning’s absence in December 2022. She had to sit out of the fifth T20I at Brabourne Stadium in Mumbai after suffering a calf strain while batting in the fourth match of the series, where Australia successfully defended 188.

She had to retire hurt on 30 and was unable to bat again or keep in that match, with her deputy Tahlia McGrath taking over as captain. Beth Mooney, who kept wicket in Healy’s absence in those two matches against, will continue to take up the role for the series against Pakistan.

In Australia’s T20I squad for the series against Pakistan and T20 World Cup, captain Meg Lanning is all set to return to international cricket since August 2022, while leg spinner Georgia Wareham is also back in the squad having last played a T20I match in October 2021.

Australia’s first match at the T20 World Cup, where they will enter as defending champions, will be against New Zealand on February 12.

A different role helps me understand my game a little better : KL Rahul on keeping wickets, batting at No. 5 in ODIs