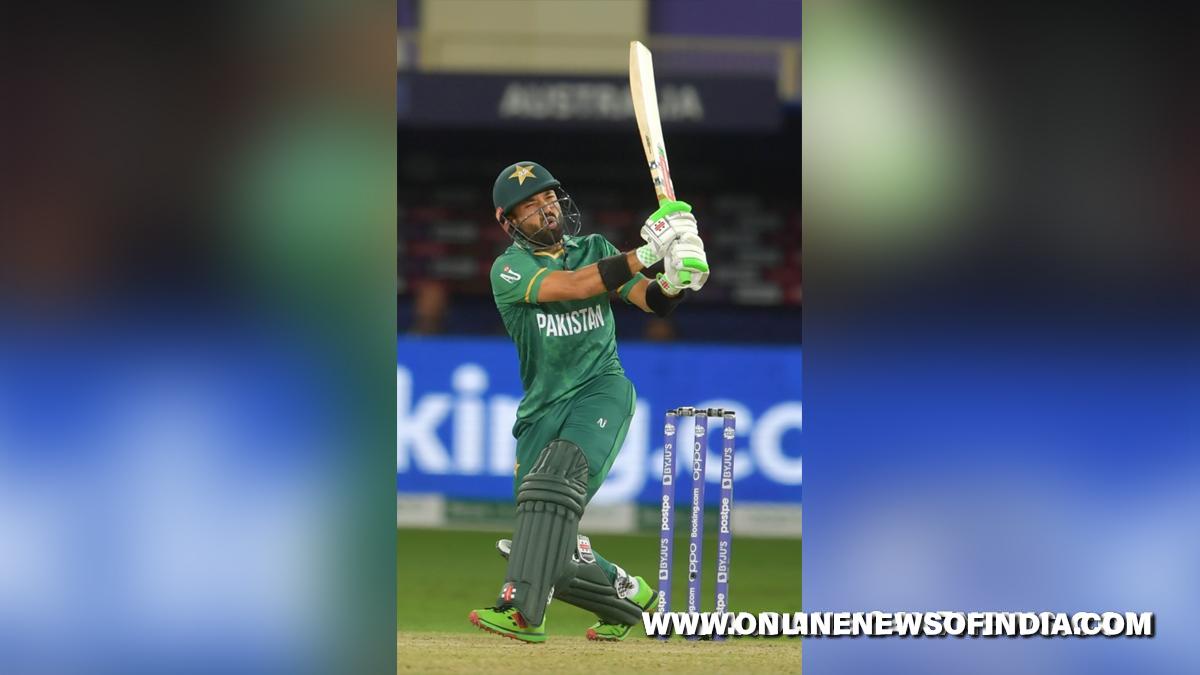 Dubai : Pakistan captain Babar Azam on Thursday broke Virat Kohli’s record to become the fastest batsman to score 2500 runs in the T20Is during his team’s semifinal match against Australia in the ICC Men’s T20 World Cup.India skipper Kohli took 68 innings to breach the 2500-run mark in T20 internationals while Azam achieved the feat in 62 innings.Azam, who scored 39 in 34 balls, also registered the most number of runs in a maiden T20 world cup with 303 which makes him the first batsman to score 300 runs in the T20 World Cup 2021.

Meanwhile, Babar’s teammate Mohammad Rizwan also became the first player in the history of the game to score 1000 T20I runs in a calendar year.En route his 67, he also broke the record England’s Jos Buttler had set for the most runs by a keeper in a Men’s T20 World Cup. Buttler, who broke Craig Kieswetter’s record from 2010 in this year’s edition, had scored 269 runs to his name before England crashed out on Tuesday in the semifinals.Rizwan now has 281 and is only behind his fellow opener Azam for most runs in this year’s T20 World Cup.