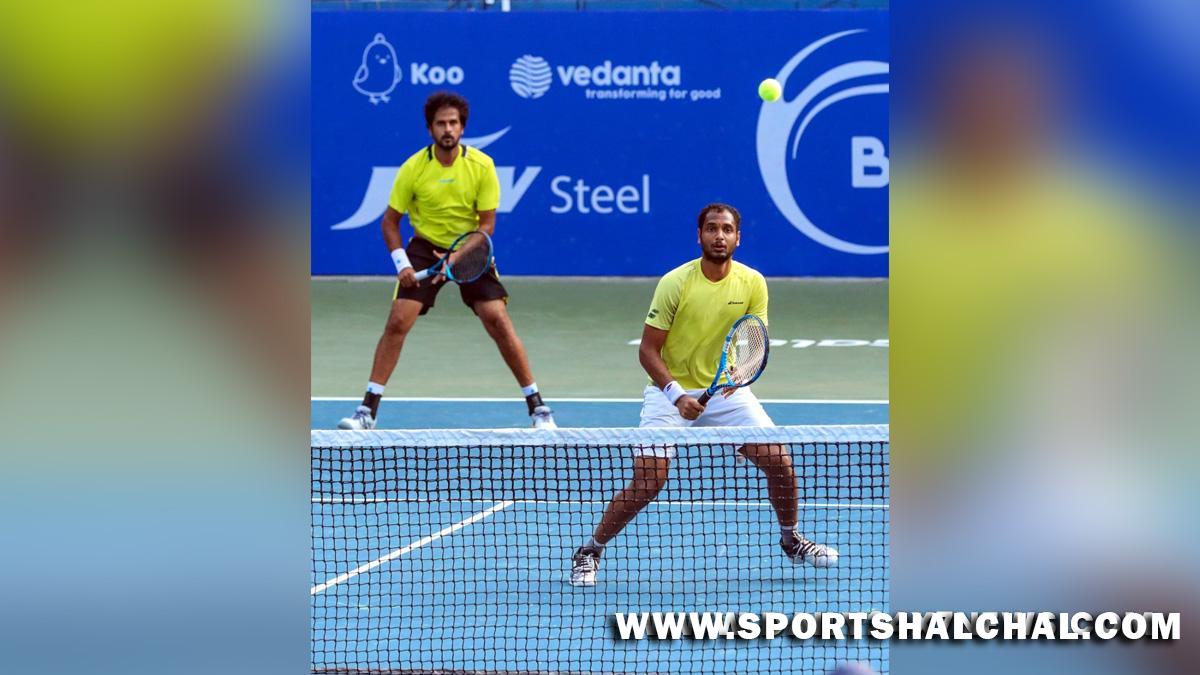 Bengaluru : India’s Saketh Myneni and Ramkumar Ramanathan will look to do an encore of their last week’s performance when they take on the Indian-Austrian duo of Arjun Kadhe and Alexander Erler in the final of the doubles event after their 6-1, 7-6 (3) victory over the French-Australian pair of Enzo Coucaud and Andrew Harris in the Bengaluru Open 2 ATP Challenger here on Friday.The top-ranked Kadhe-Erler won a hard fought 6-4, 4-6, 10-3 battle against the all Indian pair of N Sriram Balaji and Vishnu Vardhan.’Gud luck mite’ said the Australian Max Purcell to his country mate Aleksandar Vukic as the coin went up during the toss. The latter did need luck as the Australian Open finalist Purcell gave him a run for his money, stretching the top seed to three sets before caving in. Vukic walked away as a 6-4, 2-6, 6-4 victor and will meet last week’s finalist Borna Gojo in the first semifinal.

Gojo quelled the challenge of Swiss qualifier Antoine Bellier 6-4, 7-6 (3).The only other seed left in fray – third seeded Frenchman Enzo Couacaud and Bulgarian Dimitar Kuzmanov will face off in the other semifinal after registering almost similar victories against their opponents – Johan Nikles of Switzerland and Frenchman Mathias Bourgue respectively in the quarterfinals played at the KSLTA Stadium here on Friday. While Enzo won 6-1, 6-2, Kuzmanov was 6-4, 6-2 winner.Vukic-Purcell match was hard fought from the word ‘go’ as both tested each other’s serve and were involved in long rallies before Vukic achieved a crucial break in the fifth game and won the first set. The second set saw both the players holding their serve until the fifth game before Purcell, stepped up his game and broke his rival’s serve in the 6th and 8th games to wrap up the set.After struggling to hold his serve in the second game of the decider, the top ranked player in the tournament sent down three of his 21 aces in the fourth game and earned a break in the next to cruise through the set and the match.