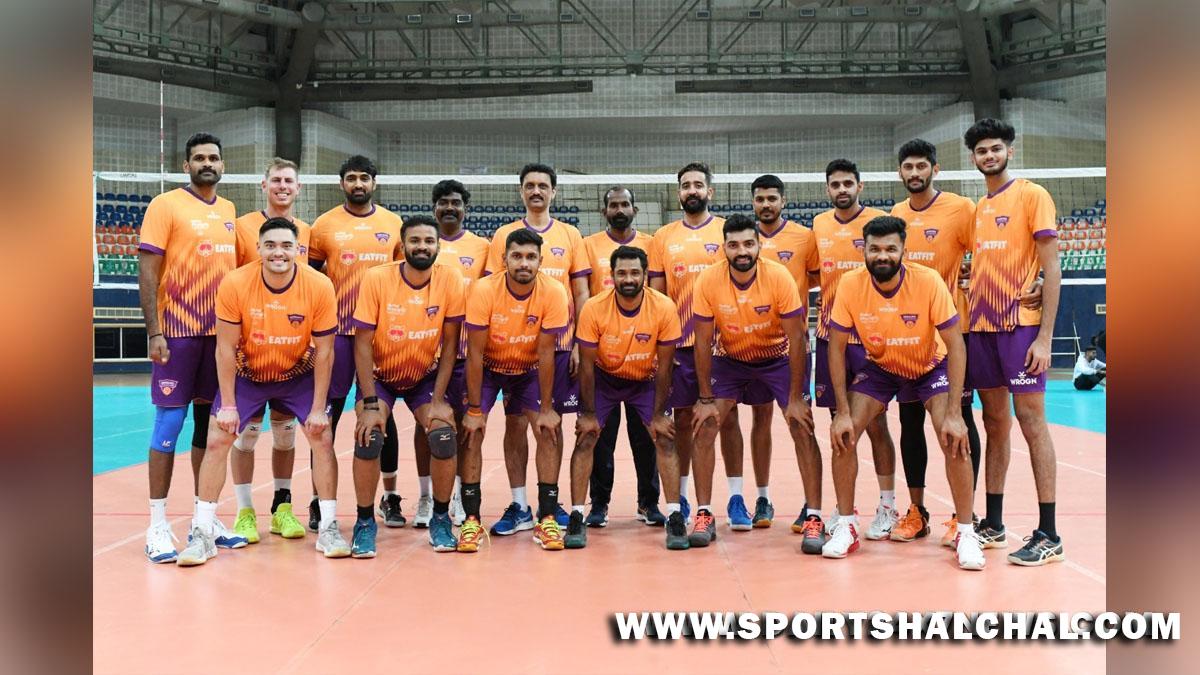 Bengaluru : Bengaluru Torpedoes are set to begin their campaign in the upcoming 2022 edition of Prime Volleyball League from next week onwards, with their first match set to be against Kochi Blue Spikers on February 8 at the Gachibowli Indoor Stadium in Hyderabad.There is a growing buzz about the tournament across various parts of India, and Bengaluru Torpedoes head coach K R Lakshminarayana believes that the Prime Volleyball League can help in the rise of the sport in the country.”In India, we have a lot of potential in volleyball. Because of the Prime Volleyball League, the players can get motivated to rise to the next level of competition,” he said in a virtual media press conference on Monday.”We have several youngsters in our squad who can become top players in the future. This tournament will also give opportunities to these young talents to mix with the senior Indian players and hence, it will help in creating a solid talent pool for India National Team, which will be beneficial for the sport,” the coach added.

Bengaluru Torpedoes held a training camp in their home state earlier this month in which the players trained with each other for the first time. The team, along with the coach, has now reached Hyderabad, and are continuing their training sessions inside the bio-bubble.Asked about the team’s preparedness, Lakshminarayana said that he is happy with how the training sessions went, and added that the players were able to bond with each other. “Training in Mysuru was very good. The management has arranged a good training system at Mysuru Stadium. We had a lot of sessions with our team. We have a very balanced group who all co-ordinated well with each other. So, overall, we are very happy and feel we are ready for the tournament to begin,” he said.ne exciting aspect of the Prime Volleyball League for the fans is that the games will be played with 15-points system.

Lakshminarayana said the quicker, fast-paced format is a big challenge to prepare for the players competing.”We have only 15 points game here. It will be quick, fast-paced action. So, it will be an interesting challenge to see how we adapt to the format, and how the other teams adapt to the format as well. Then, we can see who can step up to the plate,” he said.With seven teams competing in the League, Bengaluru Torpedoes’ owner Ankit Nagori admitted that the team has a tough road ahead to claim the prestigious trophy. But at the same time, he added that they will be looking to give their best in the tournament and would look to shape up a solid team that can grow in the coming years.”It is a very, very long journey. All of these things are very, very long term. Our idea currently is to get a good bunch together and back them in the seasons ahead and really nurture the talent. Our grassroots program gives us very good input to see how this team shapes up over the years. We, obviously, would want to give our best, much like in any other sports,” Ankit Nagori said.