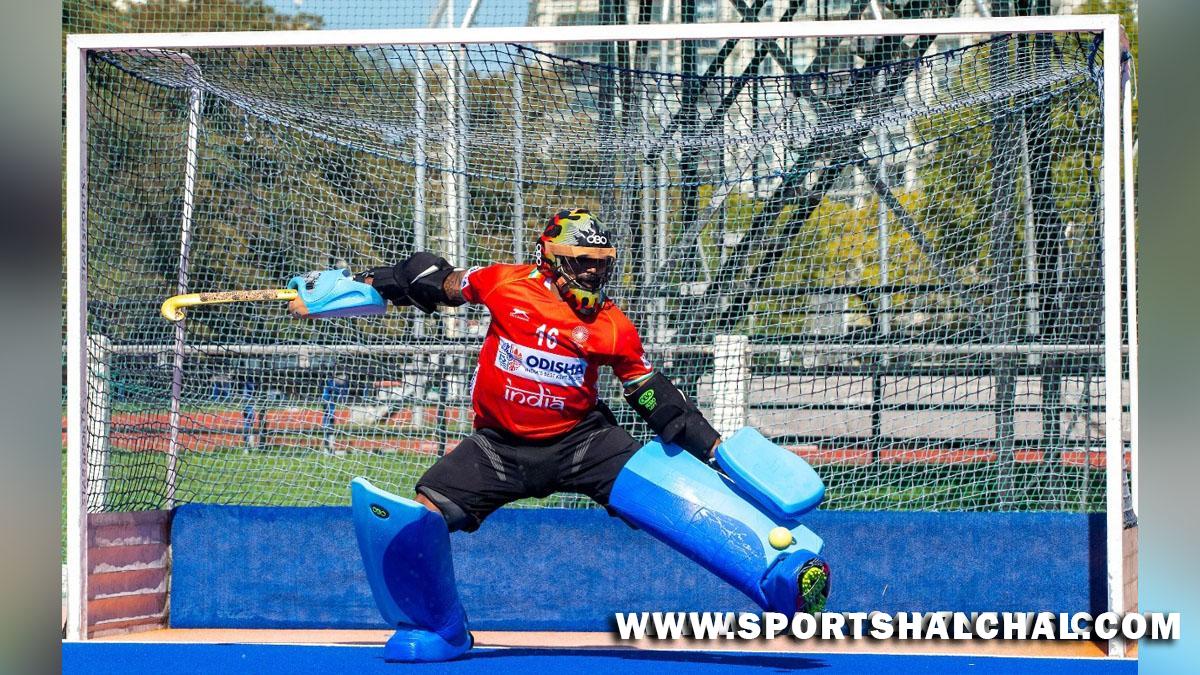 Bengaluru : Indian men’s hockey team goalkeeper PR Sreejesh, who recently won the World Games Athlete of the Year 2021 award, expressed that the upcoming FIH Hockey Pro League 2021/22 matches will help the team lay a strong base for major events including the Asian Games and the FIH Odisha Hockey Men’s World Cup 2023 Bhubaneswar – Rourkela.”We are starting 2022 with the FIH Hockey Pro League, and as you know we are ultimately competing against all the top teams in the world, so that will help us lay a strong base for the next major tournaments, which includes the Asian Games and the FIH Odisha Hockey Men’s World Cup 2023 Bhubaneswar – Rourkela.”These matches will also give the players more experience of playing against the big teams, especially to the newcomers, who will get a chance to showcase their talent and cement their place in the team for the upcoming major tournaments,” he said while addressing the media over a virtual press conference on Wednesday.
The veteran goalkeeper was one of the main architects of the Indian Men’s Hockey Team’s historic Bronze Medal win at the Tokyo Olympics 2020. Having achieved his dream of winning an Olympic medal, Sreejesh spoke about what still motivates him. He said, “I think I do have a choice to decide the colour of the medal, we have got the Bronze medal, and now we can target for the Silver or Gold medal, so that’s the motivation.”

“If you look at 2022, we have Asian Games scheduled, which will provide us an opportunity to directly qualify for the Paris Olympics, so that is also going to be a motivation for me. The 2023 World Cup, which we are going to host, so winning a medal in the World Cup, will complete my list of medals in all the hockey events, so again, that is also a reason or motivation to look forward and work really hard and play for my country,” he added.The 33-year-old goalkeeper, who made his debut for the senior national team in 2006, has been one of the key figures in Indian hockey. When asked about what keeps him going for so long, Sreejesh said, “For a goalkeeper, age is not is a barrier. It’s about how passionate you are about the game, how hard you are working, and how good you are performing, so these things are very important.””I am just focusing on my performance now, and as long as I am good enough, I would want to continue playing. It’s important for me to keep short targets, and give my 100 per cent for the country. To wear that blue jersey and play for the country, gives me the energy, that is what really excites me to play more and more matches, and that’s the reason behind my long run,” he added.