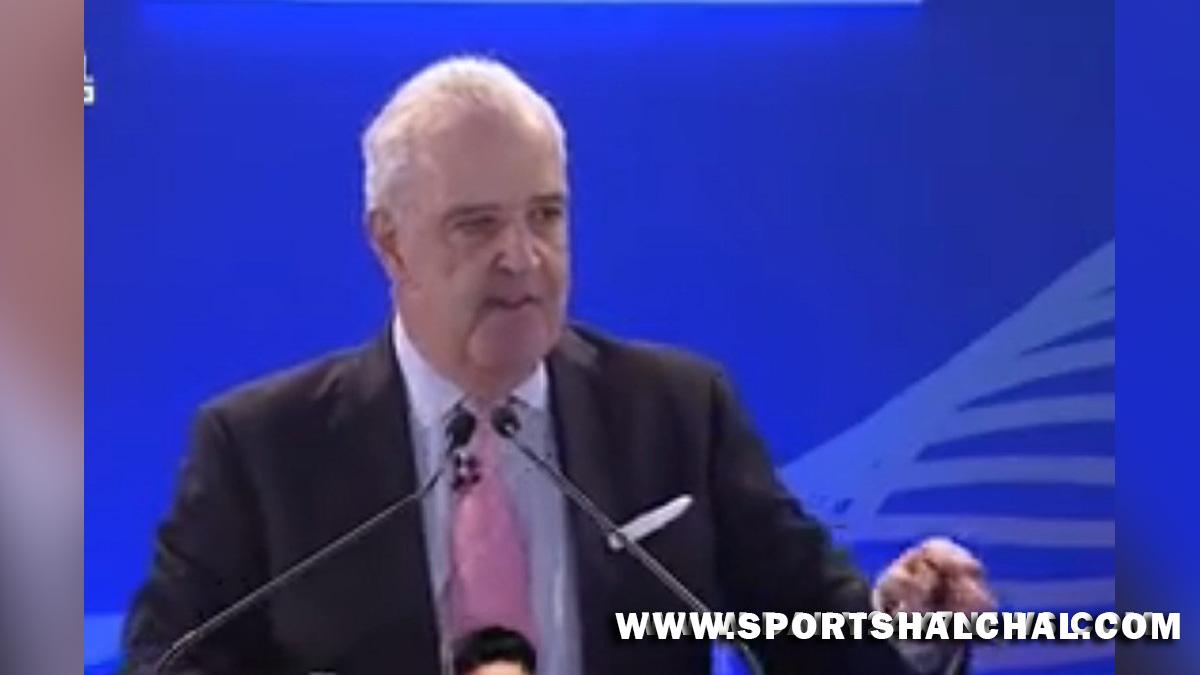 Bengaluru : Hugh Edmeades, the IPL auctioneer, who collapsed midway during the 2022 IPL Mega Auction here is stable after getting medical attention and veteran Charu Sharma will continue with the proceedings, the league organisers confirmed on Saturday.The franchise owners and support staff called for medical attention after the British auctioneer collapsed in the auction room and the auction managers decided to take an early lunch immediately after the incident, which took place while Wanindu Hasaranga was going under the hammer.”Mr Hugh Edmeades, the IPL Auctioneer, had an unfortunate fall due to Postural Hypotension during the IPL Auction this afternoon. The medical team attended to him immediately after the incident & he is stable. Mr. Charu Sharma will continue with the Auction proceedings today,” the IPL said in a statement.

At the time of the break the bid for Hasaranga, the Sri Lankan all-rounder, was with Royal Challengers Bangalore who were facing resistance from Punjab Kings at Rs 10.75 crore.Edmeades has a 36-year-long career as an auctioneer. In 2018, the BCCI appointed him for the IPL auctions, replacing Richard Madley.Meanwhile, the IPL franchise also wished Edmeades a speedy recovery.”We wish a speedy recovery to the IPL Auctioneer Mr. Hugh Edmeades. Meanwhile, Mr. Charu Sharma will continue the auction proceedings today,” said Mumbai Indians in a tweet.”Sending in all the Yellove for the auctioneer to be fine!” tweeted CSK.”Hugh Edmeades, we hope you’re feeling better now!” said Gujarat Titans in a tweet.