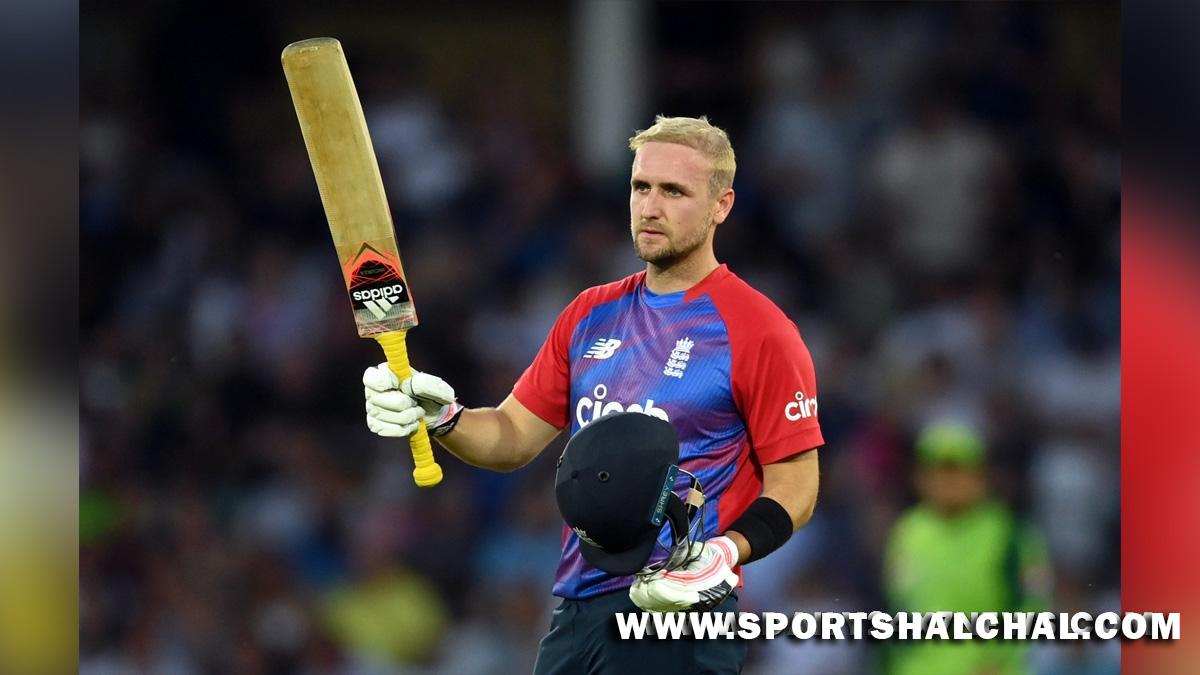 Bengaluru : England’s power-hitting all-rounder Liam Livingstone hit a jackpot on day two of IPL Mega Auction on Sunday. In the first round of Sunday’s auction proceedings, Kolkata Knight Riders and Chennai Super Kings showed intense interest with Punjab Kings, Sunrisers Hyderabad and Gujarat Titans jumping into the aggressive bidding war.Eventually, Punjab bagged him for a whopping INR 11.50 crores. Livingstone was with Rajasthan Royals in the previous season of IPL and has now become the highest-paid overseas player in the ongoing auctions.He had a great 2021, where he was the ‘Player of the Tournament’ while playing for Birmingham Phoenix in the inaugural edition of The Hundred.Punjab’s big-splurging continued with them bidding quickly for West Indies all-rounder Odean Smith’s services. Smith’s good showing with bat and ball in ODIs against India attracted attention from Lucknow Super Giants too.Despite Hyderabad and Rajasthan Royals trying to get the deal in their favour respectively, Punjab stood their ground to buy him for INR 6 crores.

Earlier, with Charu Sharma continuing as the auctioneer on behalf of Hugh Edmeades, South Africa batter Aiden Markram was the first to go under the hammer, with Punjab and Sunrisers jumping in.Mumbai Indians joined in the bidding at INR 2.4 crores but Hyderabad won the bid for Markram at INR 2.6 crores.India’s senior Test batter Ajinkya Rahane, who captained Rajasthan and now-defunct Rising Pune Supergiant in the past, was snapped easily by Kolkata Knight Riders (KKR) at his base price of INR 1 crore while Mandeep Singh was taken by Delhi Capitals for INR 1.10 crore.Gujarat was on a utility players’ buying spree, acquiring the services of pace all-rounders Dominic Drakes and Vijay Shankar for INR 1.10 crore and INR 1.40 crore apart from off-spinner Jayant Yadav for INR 1.70 crores.Mumbai tried to buy back South Africa all-rounder Marco Jansen despite Hyderabad and Rajasthan giving competition. But after Jansen’s price went past INR 4 crores, Mumbai backed out and Hyderabad sealed the deal at INR 4.2 crores.Shivam Dube received bids from Lucknow and Punjab. But Chennai entered the fray at INR 2.6 crores and eventually won the bid at INR 4 crores. Lucknow then bagged off-spinner K Gowtham for INR 90 lakh.Unsold players from the first round include Dawid Malan, Marnus Labuschagne, Eoin Morgan, Saurabh Tiwary, Aaron Finch, Cheteshwar Pujara, James Neesham and Chris Jordan.

IPL Mega Auction: MI lament not getting a marquee player; to go all out on Sunday