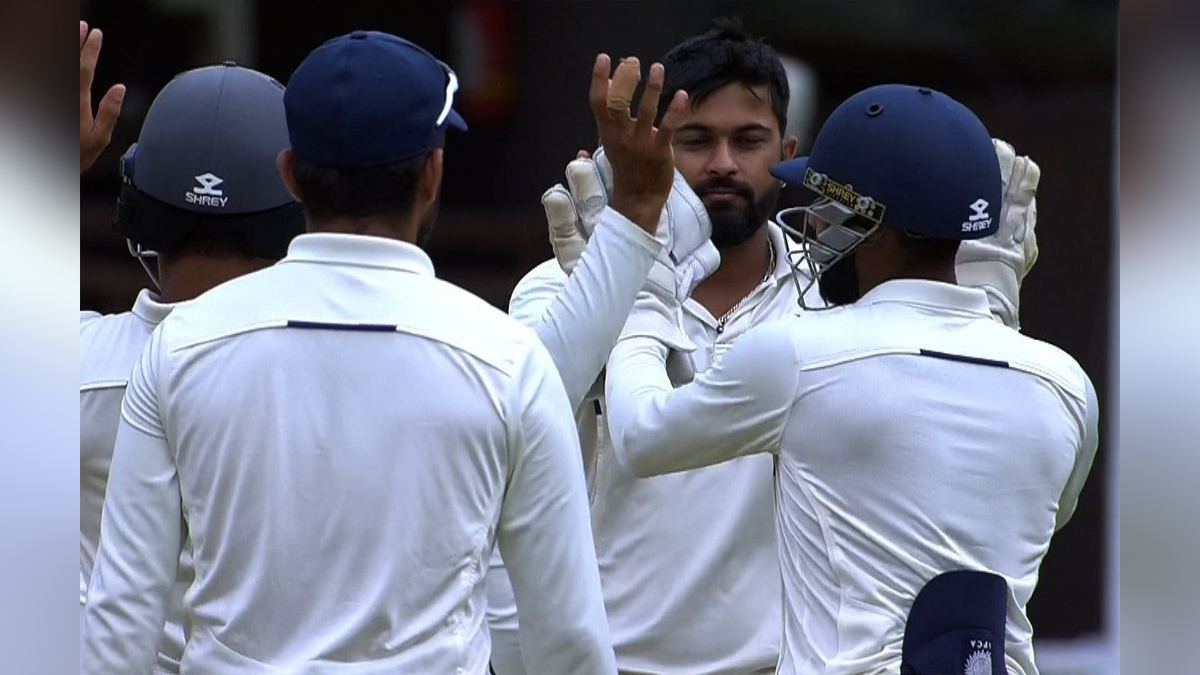 Bengaluru : It was a historic Sunday at the M Chinnaswamy Stadium for Madhya Pradesh as they defeated Mumbai by six wickets in the final to clinch their maiden Ranji Trophy title.

The historic win was fashioned by centuries from Yash Dubey, Shubham Sharma and Rajat Patidar in the first innings and after Mumbai were all out for 269 in their second innings on day five, Sharma and Patidar helped them chase down 108 in 29.5 overs to make Sunday an unforgettable day for Madhya Pradesh.

The victory is also another feather in the cap of Chandrakant Pandit’s glittering coaching CV in domestic cricket, after previously guiding Mumbai and Vidarbha to Ranji Trophy titles.

Co-incidentally, Pandit had missed winning the Ranji Trophy as the Madhya Pradesh captain in 1998/99 at this very venue and 23 years later, the stars aligned for him to win the trophy as its head coach.

The pursuit of 108 got off to a rocky start for Madhya Pradesh as Dhawal Kulkarni got one to sneak through Yash Dubey’s defence and downed the middle stump. Shubham Sharma and Himanshu Mantri ran some quick singles and kept the scoreboard ticking despite no boundaries coming.

The introduction of off-spinner Tanush Kotian opened the floodgates for Madhya Pradesh, with Mantri drilling him down the ground, followed by a fine paddle sweep for two boundaries. When Kotian returned for his third over, Mantri crunched a drive past non-striker for another boundary.

Against Shams Mulani, Mantri had swept and survived as the top-edge landed wide of square leg. But in the left-arm spinner’s next over, Mantri again tried to sweep, but the ball brushed past his foot to hit the stumps. Mulani returned to take out Parth Sahani cheaply.

Sharma and Rajat Patidar, who was greeted with ‘RCB, RCB’ chants from the crowd, rotated the strike well against Mulani and Kotian apart from a near run-out of the latter.

It was the introduction of pacer Mohit Awasthi brought boundaries for Madhya Pradesh, with Patidar driving on the up between extra cover and mid-off, followed by a cracking punch down the ground.

Sharma took the third boundary of the over by bisecting mid-wicket and mid-on with perfection through his pull. In a bid to finish the chase quickly, Sharma reached out to slog-sweep, only for the ball to be caught by a forward diving point.

Patidar dabbed Sarfaraz Khan through backward point before taking a single through the same region to give Madhya Pradesh their first Ranji Trophy title.