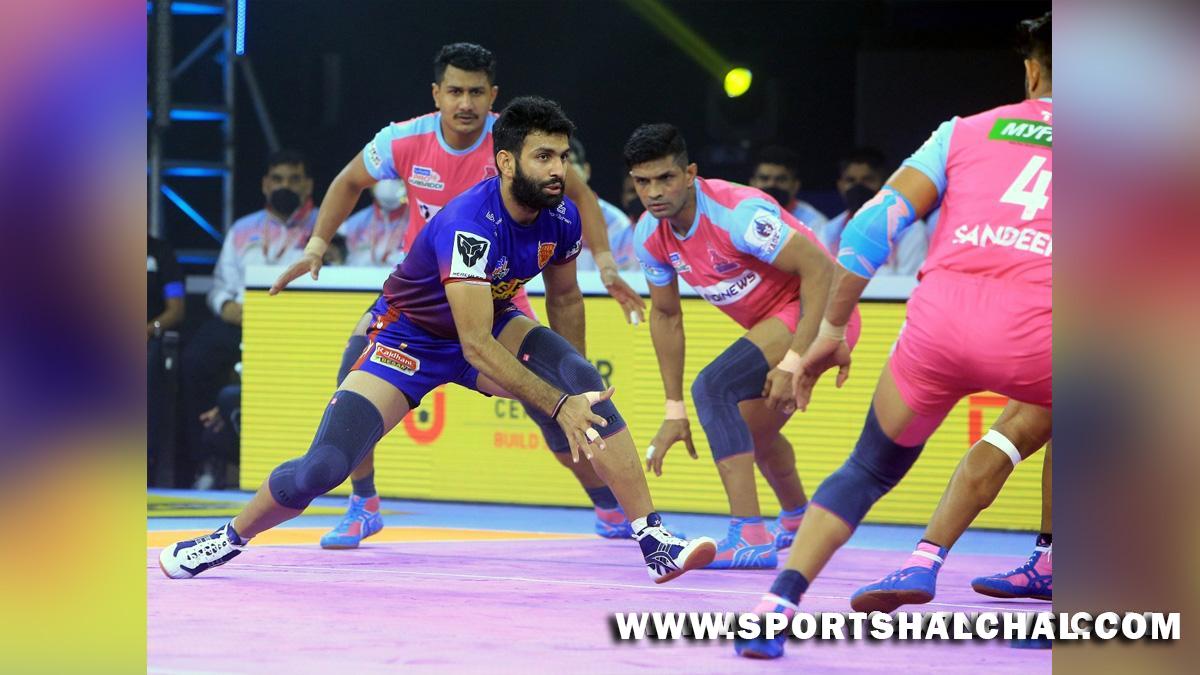 Bengaluru: Deepak Hooda was the star for Jaipur Pink Panthers as they beat Dabang Delhi KC 36-30 in the Vivo Pro Kabaddi League Season 8, here on Thursday. The star raider clinched a Super 10 (12 points) and was supported well by his team’s defence.Dabang Delhi’s disorganised defence was the main reason for their downfall. Experienced stars Manjeet Chhillar, Jeeva Kumar and Joginder Narwal had very little effect on the match. They got just 7 tackle points in the entire match (which included two Super Tackles).All-rounder Sandeep Narwal also had a poor outing, making errors in the defence and not involving in the raids. Vijay was the sole performer with 16 points.Naveen Kumar was back for Delhi after a lengthy injury layoff, but it was his raiding partner Vijay who impressed in the early minutes. In fact, he was the only bright spot for Delhi as Jaipur raiders Deepak Hooda and Arjun Deshwal picked up easy points.

Delhi’s balance in defence seemed to have been affected by Naveen’s comeback and Jaipur were quick to make the most of it.Two super tackles close to the 10th minute helped Delhi level the points with Jaipur. But the Panthers eventually went on to clinch an ALL OUT in the 16th minute to open a 4-point lead. The Jaipur defenders didn’t allow Naveen Kumar any chance to settle and Delhi substituted him for Neeraj Narwal close to the interval. The first half ended 21-15 with Jaipur in a comfortable lead.Naveen Kumar continued to be benched in the second half as Vijay took over the lead raider duty for Delhi. He crossed his Super 10 as Dabang started aggressively chasing Jaipur. But despite Delhi’s best attempts they could not cut short Jaipur’s 7-point lead.All-rounder Sachin Narwal and substitute Nitin Rawal helped Jaipur extend their lead to 10 points. Deepak Hooda clinched his Super 10 as Jaipur maintained the gap in the dying minutes. Vijay tried his best to draw Delhi closer with his raids and ensured Dabang lost the match with a margin of just 6 points.