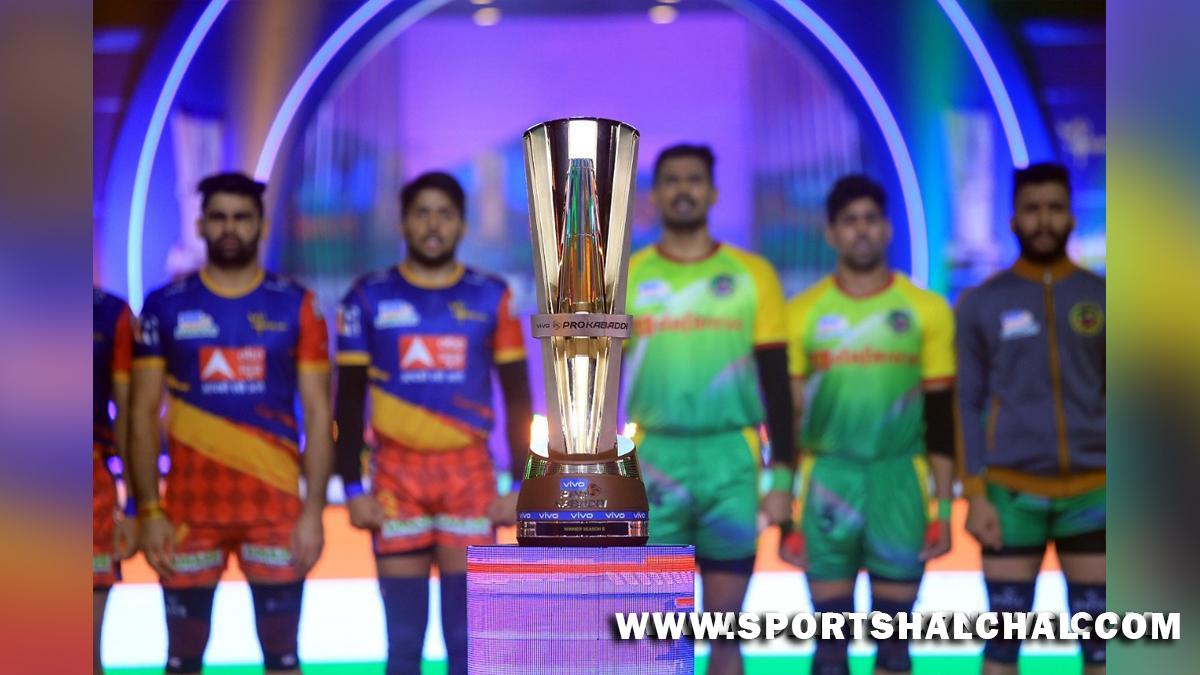 Bengaluru: The two best teams in the league stages, Patna Pirates and Dabang Delhi KC, will face each other in the final for the coveted trophy of the Kabaddi League Season 8, here on Friday. Patna showed their squad superiority in the semifinal against UP Yoddha with their defence completely nullifying the raiding duo of Pardeep Narwal and Surender Gill. Similarly, Delhi, Season 7 runners up, relied on their experienced defence to stop Bengaluru Bulls and Pawan Sehrawat to secure another shot at winning the coveted title.Patna, with their hybrid Kabaddi players who can both attack and defend, have shown the future of the sport this season. They lost their star raider Pardeep Narwal, who won them 3 titles in his reign, at the 2021 auctions. But they invested in a collective ideology – where the team is the star – and that has paid rich dividends.Iranian left-corner Mohammadreza Shadloui, who leads the table for most tackle points this season, might be the player under the spotlight but coach Ram Mehar Singh will know his success has only been possible due to the selfless assistance from cover defenders Neeraj Kumar and Sajin C. It is the same story with the attack – Sachin is undoubtedly their lead raider but Guman Singh, Prashanth Rai and Monu Goyat have all chipped in with important contributions.

Speaking about facing Dabang Delhi K.C. in the PKL Season 8 final, Patna Pirates coach Ram Mehar Singh said, “I am very proud of my team and their achievements this season. All of them have played their role to perfection which has resulted in us qualifying for the final of PKL Season 8. We are really excited to be playing Dabang Delhi K.C. who are a good team with a balance of both, young and experienced players.”Patna Pirates have shown great consistency and strength in offence and defence right through the tournament. We will have certain plans to tackle Naveen Kumar and their powerful raiders, but we will also have our strategies for the entire team as well. I am confident with my team, and I know that they will give more than 100 per cent to ensure we win the title for the fourth time. This is going to be a thrilling final and we can’t wait for it.”Patna’s strength is their unity in defence. It was perhaps best seen by the way Prashanth Rai took care of Pardeep Narwal’s dangling hand during a crucial raid in the semi-final. Had the hand crossed the mid-line it would have resulted in a giant raid. But the Patna captain was there at the right time to support his team. It is this confidence – that the entire team will follow you in support – that has made Patna’s defence lethal in Season 8.

Interestingly, they have struggled in both the matches against Delhi in the league stages. They lost the first match thanks to an incredible performance from all-rounder Sandeep Narwal. The second duel was a low-scoring affair which Delhi won thanks to Manjeet Chhillar’s High 5. These experienced stars will once again be the key for Dabang in the final. Taking the attack to Patna might be a bad ploy considering the form of their defenders. Delhi will need to slow down the tempo of the match and let their experienced stars dictate the court.In Naveen Kumar, they have a dynamic raider who can change the mat in a matter of seconds. He has not looked in his peak fitness but the youngster is a big match performer. What Delhi will need to do is to stay within touching distance of Patna till the last minute of the match. Patna have looked jittery in Super Tackle situations with both Sachin and Guman conceding easy points to teams down to three (or fewer) defenders. If Delhi finds them on the back-foot, they should not concede an easy ALL OUT and make Patna earn for it.Speaking about facing Patna Pirates in the PKL Season 8 final, Dabang Delhi K.C. coach Krishan Kumar Hooda said, “It gives us immense pleasure to be in the final of PKL Season 8. This tournament is the best in the world and to be among the top two out of 12 teams is a special feeling. Patna Pirates are one of the most balanced sides in the tournament.”