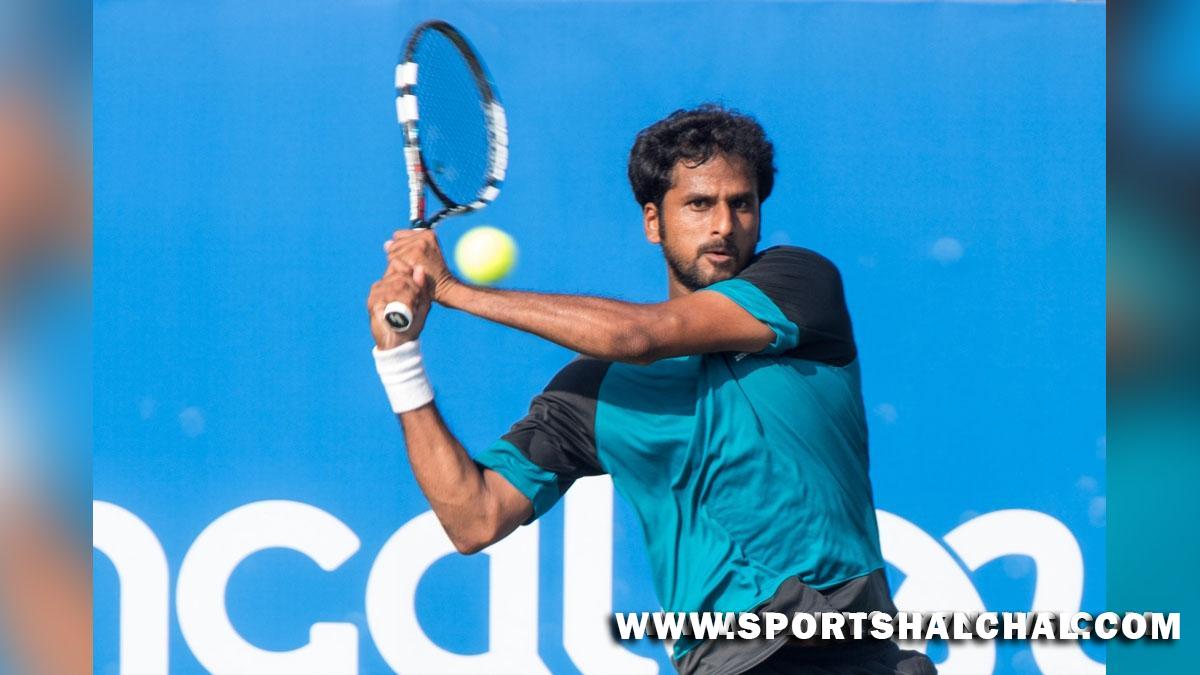 Bengaluru : Saketh Myneni has been given the first of the three wild cards available in the main draw of the Bengaluru Open ATP Challenger beginning on Monday, the Karnataka State Lawn Tennis Association (KSLTA) announced on Thursday.Incidentally, playing on a wild card slot, Myneni had finished runner-up in the second edition in 2018 losing to Prajnesh Gunneswaran in the final. The remaining two wild cards will be announced on Friday.Responding to the announcement, Myneni said he is looking forward to playing in the event as not many events have been organised in India in the last couple of years because of the Covid-19 pandemic.”Unfortunately not many events have happened in India. It has been two tough years for the tennis fraternity.

I am glad that KSLTA is hosting two back-to-back events amidst these testing times. Any tournament in India is a bonus for Indians especially like me,” Saketh was quoted as saying in a release on Thursday.”On a personal note, a big thank you to the organisers for believing in me and giving me a wild card to the main draw. I have had some good success at Bengaluru and a lot of good competition there so I am looking forward to the Challengers again,” Myneni said from Pune where he is currently playing in the ATP 250 event.”I have to compete hard and do the best I can. I hope to utilize this opportunity and perform to the best of my abilities,” said the 34-year-old pro who has two singles and six doubles Challenger titles under his belt.”Bengaluru has always been good to me.

I love the crowd support, the weather and the hospitality,” said Saketh who is currently ranked 561 and had achieved his career-best ranking of 113 in 2016.While announcing the wild card, Tournament Director Sunil Yajaman said: “We are pleased to announce the wild card to Saketh Myneni who was a finalist in 2018 Bengaluru Open and Indian Davis Cupper. Saketh has been an inspiration to many young Indian players and we wish him the very best in this year’s edition.”The twin events at the Bengaluru Open ATP Challengers offer a total prize purse of US$ 107,000. Only two Indians Prajnesh Gunneswaran and Ramkumar Ramanathan have secured a direct berth for the main draw. The qualifying rounds begin on Sunday.