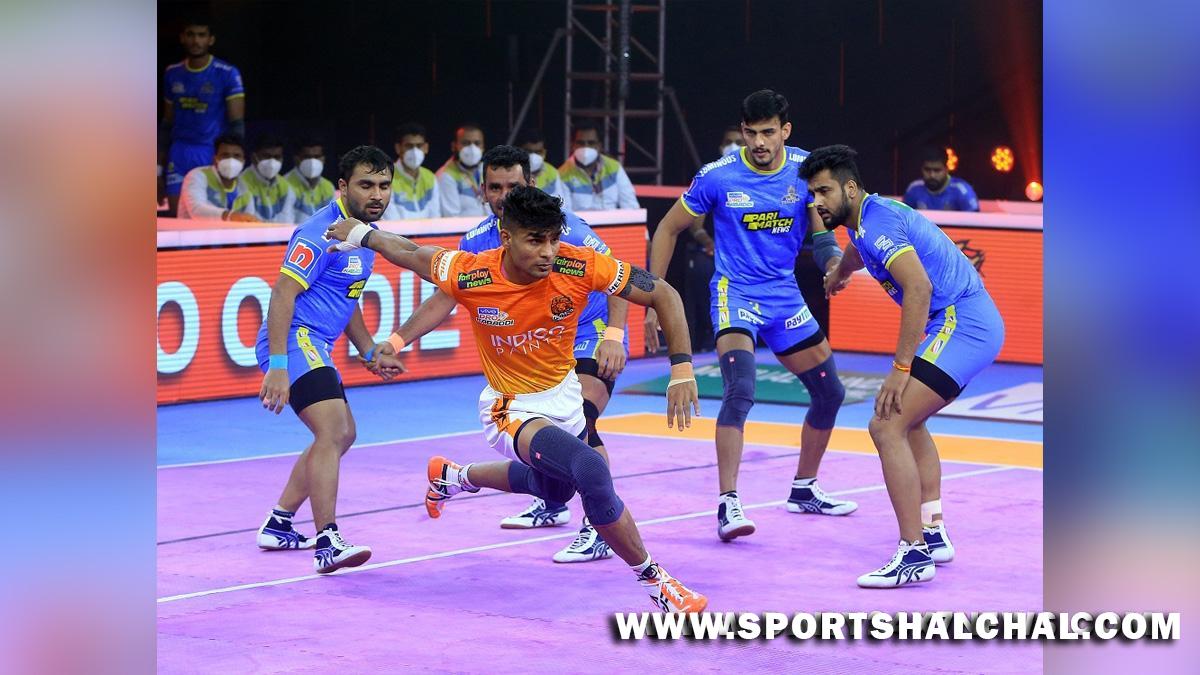 Bengaluru : The final of Pro Kabaddi League (PKL) Season 8 is scheduled to be held on February 25 while the Playoffs will take place on February 21 and 23 respectively, said organisers Mashal Sports on Wednesday. The top six teams will then battle it out for the coveted trophy with table toppers Patna Pirates the first team to qualify for the knockouts.The knockout stage will be held in the bio-bubble environment for the ongoing league at the Sheraton Grand Bengaluru Whitefield Hotel. “After successfully conducting matches on a daily basis and completion of more than 100+ matches, PKL 8 is well on its way to a successful completion of the league. This marks the first indoor & contact sports league in the country successfully conducting the league,” said a release from the organisers.

“We have been able to conduct the league day-on-day with no break – this is a huge achievement and milestone, not just for kabaddi, but for the resumption of all indoor & contact sports. PKL S8 has also seen tough competition amongst teams with the race to the playoffs set do go down to the final day of the league stage.”I would like to wish the best of luck to all the teams as they fight for their spot at the top of the points table and secure their chance of winning the season,” said Anupam Goswami, CEO, Mashal Sports and League Commissioner, Pro Kabaddi League.
Playoffs schedule in full:
February 21, 2022 (Monday)
Eliminator 1: – Third-placed team vs sixth-placed team, 7:30pm IST
Eliminator 2: – Fourth-placed team vs fifth-ranked team (Eliminator 2), 8:30pm IST
February 23, 2022 (Wednesday)
Semi-final 1: – First-ranked team (Patna Pirates) vs Winner of Eliminator 1, 7:30pm IST
Semi-final 2: – Second-ranked team vs Winner of Eliminator 2, 8:30pm IST
February 25, 2022 (Friday)
Final: – Winner of semi-final 1 vs Winner of semi-final 2, 8.30pm IST