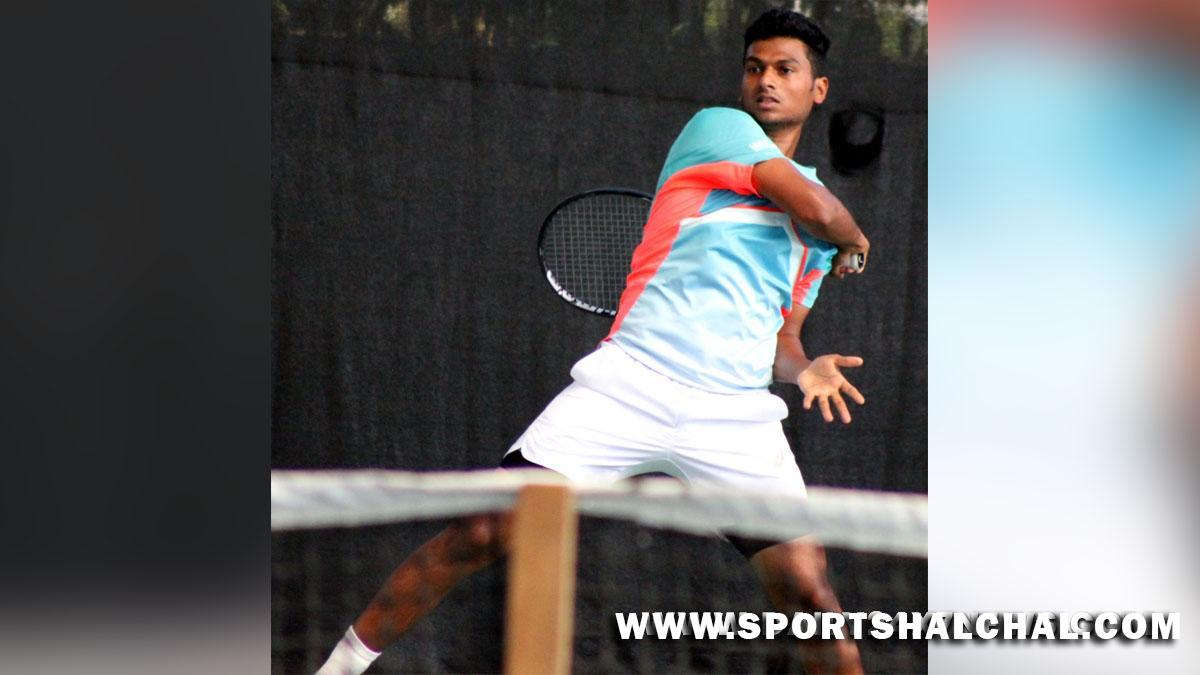 Bengaluru : Former Asian Games medallist and Davis Cupper Vishnu Vardhan and Anirudh Chandrashekar have been handed a wildcard each for the upcoming US $15,000 KSLTA ITF Open that begins at the KSLTA Stadium here from Sunday. Former India No.1 Junior BR Nikshep and Tathagat Charantimath, both from Karnataka, are the other two to get Wildcards for the event.The four players will join 20 others in the main draw along with eight qualifiers.Announcing the wildcards, Maheshwar Rao, Hon. Secretary, KSLTA said: “KSLTA is pleased to announce the wild cards to two of the best prospects from Karnataka. Nikshep has been a top junior player in India at all levels including the Junior National Championship while Tathagat has shown immense promise to make it big. We wish them all the best in gaining the required experience and building on their international ranking.”

It will be the first time for both Nikshep and Tathagat who will be playing in the main draw of an ITF Futures event, the KSLTA said in a release on Friday.”I am very happy and excited to be playing in the ITF Futures and to be playing in my hometown. I thank the KSLTA for giving me an opportunity to achieve my goal. I am looking forward to earning my first ATP points from this event,” the 24-year-old Nikshep was quoted as saying in the release.Tathagat, meanwhile, is looking to rub shoulders with some of the best players. “Barring a few top players, all the others will be here and I am looking forward to playing with them. I am both nervous and excited as I am playing the main draw for the first time. I would like to thank KSLTA for giving me a spot and I am confident of a good show,” said the 23-year-old.KSLTA ITF Open is the second leg of the three back-to-back tournaments scheduled in India, the qualifying rounds for which begin on Sunday.