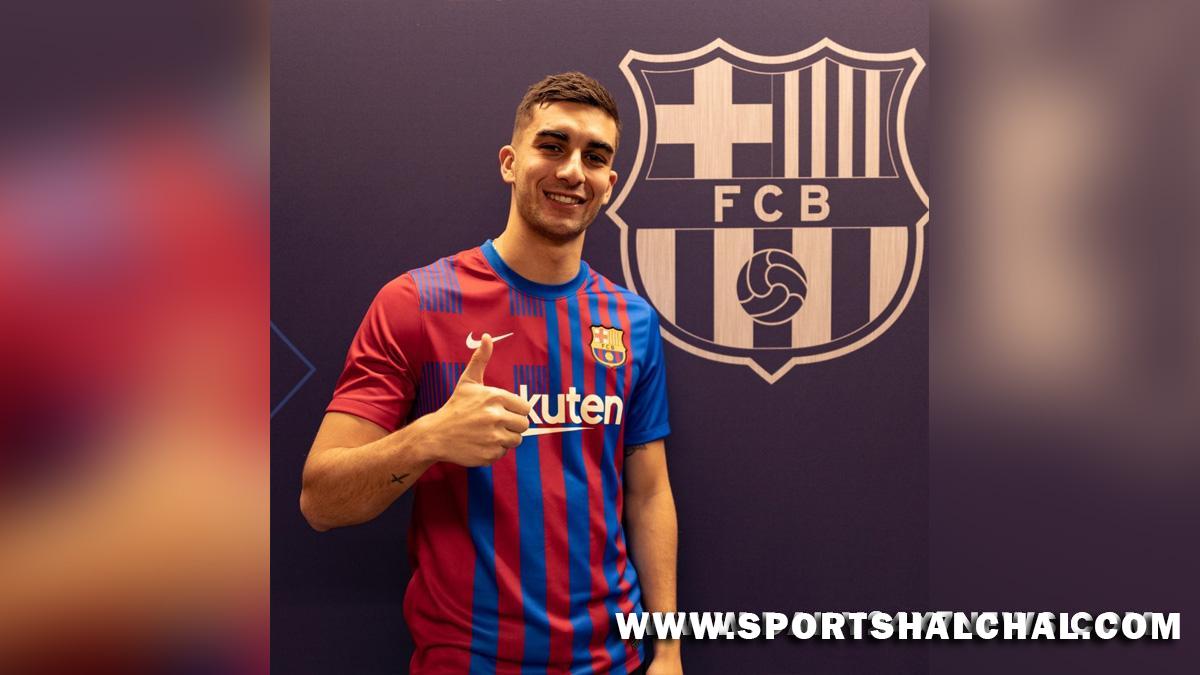 Barcelona (Spain) : Manchester City forward Ferran Torres completed a permanent move to La Liga side Barcelona, the Spanish club said on Tuesday. However, the financial details of the deal were not disclosed by Barcelona.”Torres has signed a contract until June 2027 and the Spain international will have a release clause of 1 billion euros,” Barca said.”Hello Culers, I am very happy to announce that today I will join the club. See you soon,” Torres said in a video.Torres joined City from Spain’s Valencia in August last year on a five-year deal and made 43 appearances for the English top-flight side in all competitions, scoring 16 goals.

The 21-year-old Spanish forward arrived at Barcelona for a medical on Monday.Torres, who has been injured since October with a fractured metatarsal picked up on international duty, posted a video on social media on Sunday of him training on his own in a pitch in Valencia. And on Monday morning he was snapped arriving at a Barcelona hospital to undergo a medical with his new club.