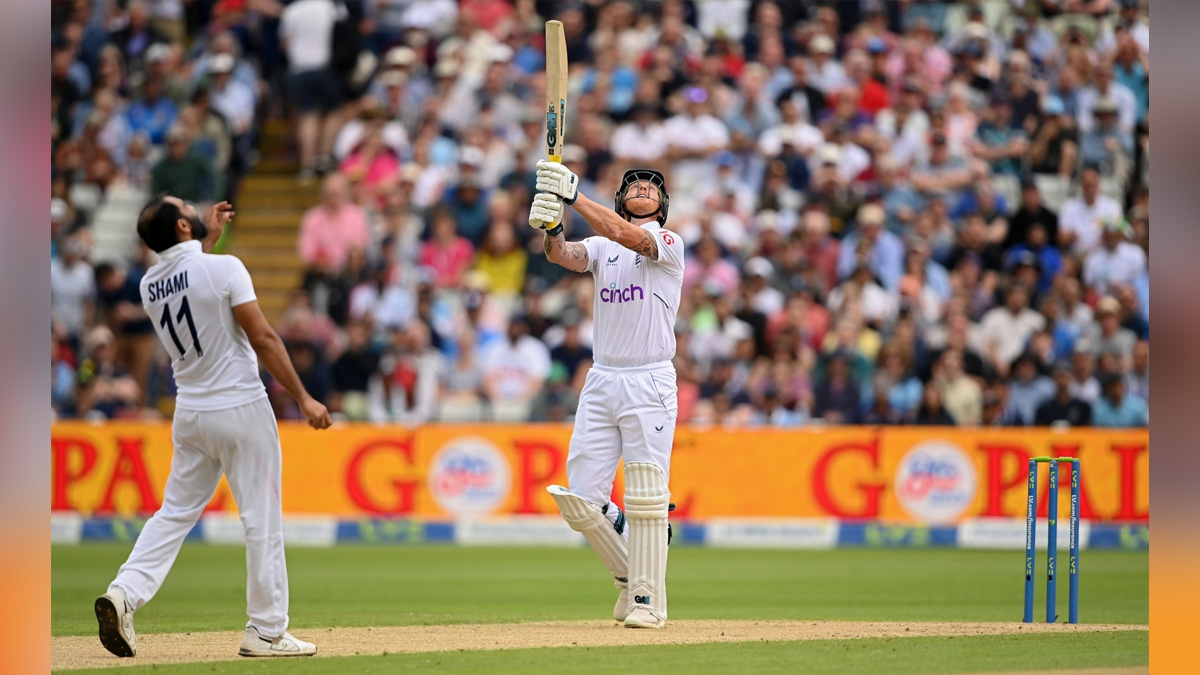 Ben Stokes just needs to watch Jonny Bairstow; realise he does not need to run at bowlers : Kevin Pietersen

London : During day three of the rescheduled fifth Test between England and India at Edgbaston, Kevin Pietersen had criticised the way skipper Ben Stokes batted for his 25 in the first innings, where he was dropped twice while trying to slog.

Eventually, Stokes fell to a slog off Shardul Thakur, which Pietersen described as reckless batting.Now, the former England cricketer on Saturday revealed why did he say so about Stokes’ batting in the first innings.

“My tweet during the England innings around devaluing your Test wicket was only towards Ben Stokes because he is way better than a slogger who gets dropped at mid-off and then slogs it and gets caught at mid-off.

“He just needs to watch Jonny Bairstow and realise he does not need to run at bowlers. But maybe he is saying: ‘I’m the captain and I want you to play like I am talking and walking.’ That was my only small concern.

I will put that to bed and I just want this England team to smack it,” Pietersen was quoted as saying by The Daily Telegraph.Under the leadership of Stokes and Brendon McCullum as head coach, England have been on a high in Test cricket, sweeping New Zealand 3-0 with successful chases of 277, 299 and 296.

Against India, England took it a notch higher, chasing down a mammoth 378, their highest-ever chase in the format to draw the series 2-2 and retain the Pataudi Trophy.Pietersen expressed joy over England’s new style of play in Test cricket.

But, at the same time, he sees potential danger in the side’s approach when they face a high-quality spinner. “We will see bad days but I think they are setting the benchmark for where Test cricket can go and can impose on the global game.

“The value of cricket is being driven through short form stuff but if you have an England team winning the toss and chasing in a Test match then there has to be something convincing in that and I’m going to jump on the ride.

“The only thing is will it work against a high quality spinner in the fourth innings who is not going to allow them to dictate terms? But we have seen in the short form of the game that if you go after bowlers they get scared.

It is just so cool to watch.”Pietersen also credited Rob Key, the new managing director of men’s cricket, for the transformation of the Test team. “It also took Rob Key, who does not think in your normal conventional way.

He thinks outside the box. I have had some amazing conversations with Rob about positive mindset and batting ‘4-3-2-1’ rather than ‘1-2-3-4’ and that is what England are doing.”Pietersen further elaborated what the 4-3-2-1 batting approach is.

“Look for a boundary. Look to hit four or six, then if you can’t do that, go into defensive mode. The English way is thinking of a single or blocking a ball. I thought 4-3-2-1. I thought there was a boundary option for every single ball.

Leaving it, blocking, and rotating the strike was option two. That is the way they are playing now.”Look at that opening partnership: Alex Lees goes down the wicket and smacks (Mohammed) Shami. As long as it does not become reckless I am completely cool with it.

The only way they can continue is if the backroom staff led by Brendon (McCullum) and Ben (Sokes) give players that trust in knowing they will play for a very long time. They are doing that by sticking with Zak Crawley, which I think is magnificent.”