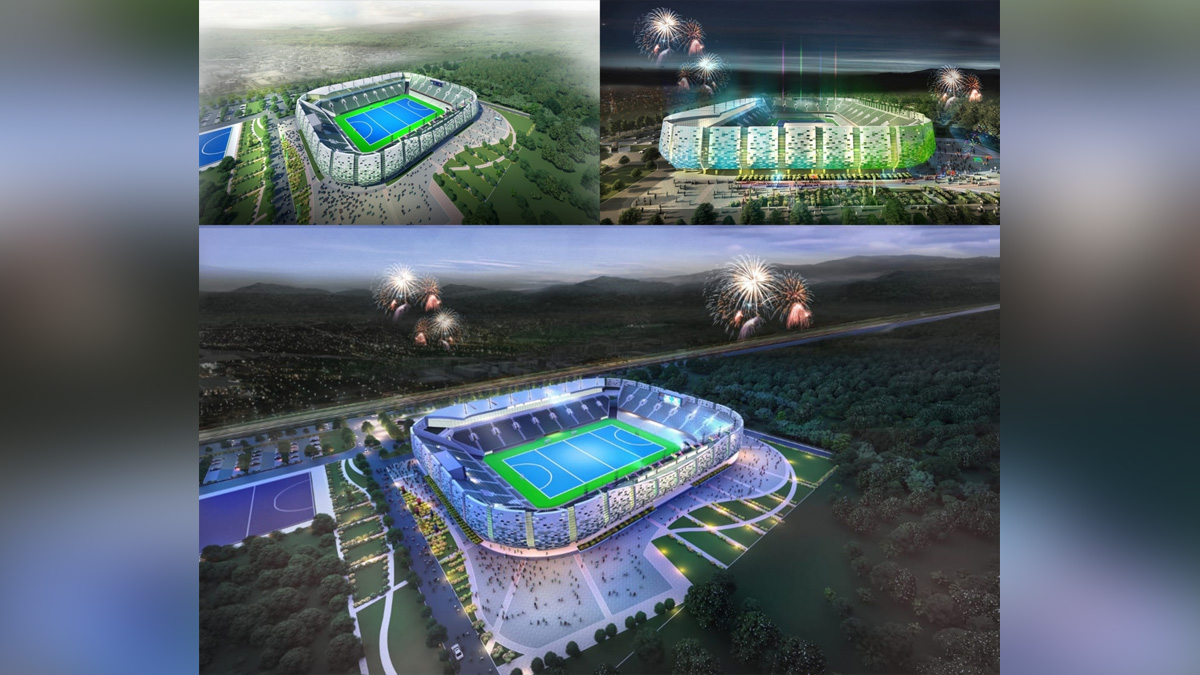 Bhubaneswar : With less than five months left for the FIH Men’s Hockey World Cup, 2023 to commence, hockey lovers across the world are excitedly looking towards Odisha, which will host the mega sporting event.

As Odisha is not only the hosting state, but also sponsoring the national men’s and women’s hockey teams, it is leaving no stone unturned to make the event more memorable than the previous World Cup, which was also hosted here.

The Hockey World Cup will be held in Rourkela and Bhubaneswar from January 13 to 29, 2023. Several players, coaches and FIH officials have lauded the marvellous hockey stadium inside the iconic Kalinga Sports Complex in Bhubaneswar, where the last edition of the World Cup was organised.

Apart from the Kalinga Stadium, the 2023 World Cup matches will also be played at the Birsa Munda International Hockey Stadium in Rourkela, Sundargarh.

Sundergarh district is said to be the heart of hockey in India as the region has produced several international hockey players such as former captains Dilip Tirkey, Ignace Tirkey and Prabodh Tirkey in the men’s team and Subhadra Pradhan and Jyoti Sunita Kulu in the women’s team.

Recognising the talents of the soil, Naveen Patnaik took the decision to build the country’s largest hockey stadium soon after Odisha was selected by the international hockey federation (FIH) to host its flagship event for the second time in a row.

Besides the main stadium, which will have a 20,000 seating capacity, a practice pitch is also being developed nearby.On the other hand, Kalinga Stadium is also being upgraded. Recently, a brand new turf has been laid for the upcoming World Cup.

Apart from the stadiums, the state has also lined up a lot of infrastructure and beautification projects in the cities of Bhubaneswar and Rourkela to give a pleasant experience to the hockey players, sports lovers and other guests during the World Cup.

The state government is eying to make the Rourkela airstrip operational before the event while connecting roads are being strengthened in the steel city.
Odisha Chief Minister Naveen Patnaik has already unveiled the official logo for the FIH Odisha Hockey Men’s World Cup 2023.A meeting between the FIH and the Hockey India Committee of Administrators (CoA) was held recently in New Delhi where both the organisations appreciated the infrastructure being developed for the tournament. They said the official draw for the World Cup 2023 would be announced in Bhubaneswar on September 8, 2022.

Odisha sports secretary R. Vineel Krishna said, “We are eagerly looking forward to hosting the Hockey Men’s World Cup 2023. While Kalinga Stadium is match ready with two new pitches laid (main and practice), Birsa Munda International Hockey Stadium in Rourkela will be ready in the coming months.”
Rourkela too is going through massive development to welcome the participating teams, he said.