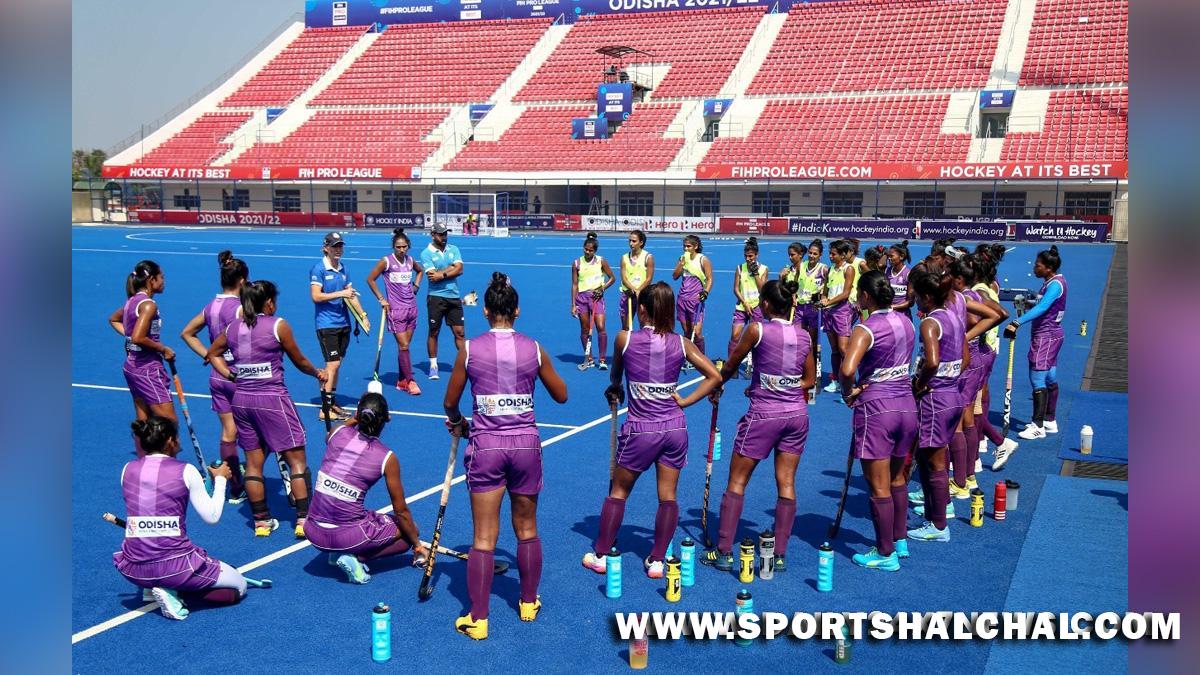 Bhubaneswar : The India Women’s team is to take on Spain in the FIH Hockey Pro League 2021/22 matches scheduled to take place here Saturday and Sunday.The two-legged affair between the two teams will take place at the iconic Kalinga Hockey Stadium.India captain Savita said though Spain are a strong opponent and India will still be without regular skipper Rani Rampal, the hosts will be looking to continue with the momentum they gained in their first two matches against China in Muscat, Oman, last month.”Spain are a good team. They have improved a lot in the past few years, and so have we. We have confidence in our team, and we will focus on ourselves. We will follow the plans and structure laid down by our Chief Coach Janneke Schopman,” Savita said at a pre-match virtual press conference, claiming her team will focus on its own targets.The Indian goalkeeper also spoke about the hard training sessions the team is currently having in Bhubaneswar ahead of the two-legged tie against Spain.

“We are having hard sessions at the camp in Bhubaneswar. The conditions are very humid in this city and we have our sessions in the afternoon. But everyone trains with full energy, and we are getting used to the conditions. Everyone is excited to play at the Kalinga Hockey Stadium again. We feel we are improving each day,” Savita said.Team India, who have been included after Australia and New Zealand pulled out citing Covid-19 travel regulations, started their FIH Hockey Pro League 2021/22 campaign on a high, winning both their games against China in Muscat.India vice-captain Deep Grace Ekka said the team will look to continue the same momentum in Bhubaneswar.

“We picked up a big 7-1 win over China in the first match, but we had to work really hard to come away with a 2-1 win in the second match. But we are proud of the hard work we showed to get that win and now against Spain, we will look to improve upon those performances and continue the momentum,” Ekka said.Spain, who are also competing in the Hockey Pro League for the first time, played their opening two games against The Netherlands. While they suffered a 0-1 loss in their first game, they managed to push the second game to a shoot-out, with a 2-2 draw, getting one point in the process.This will be the first meeting between India since the four-match series in Spain in January 2019.The Indian team is hoping to use the FIH Pro League match to build up for important events like the Commonwealth Games, World Cup and the Asian Games.”We have many important tournaments this year and we are hoping to build up for those events during the Pro League matches. Playing against some of the top teams in the world is a good build-up for these important events,” said Savita.

Rohit Sharma has told me to try out rotating strike at the nets: Ishan Kishan