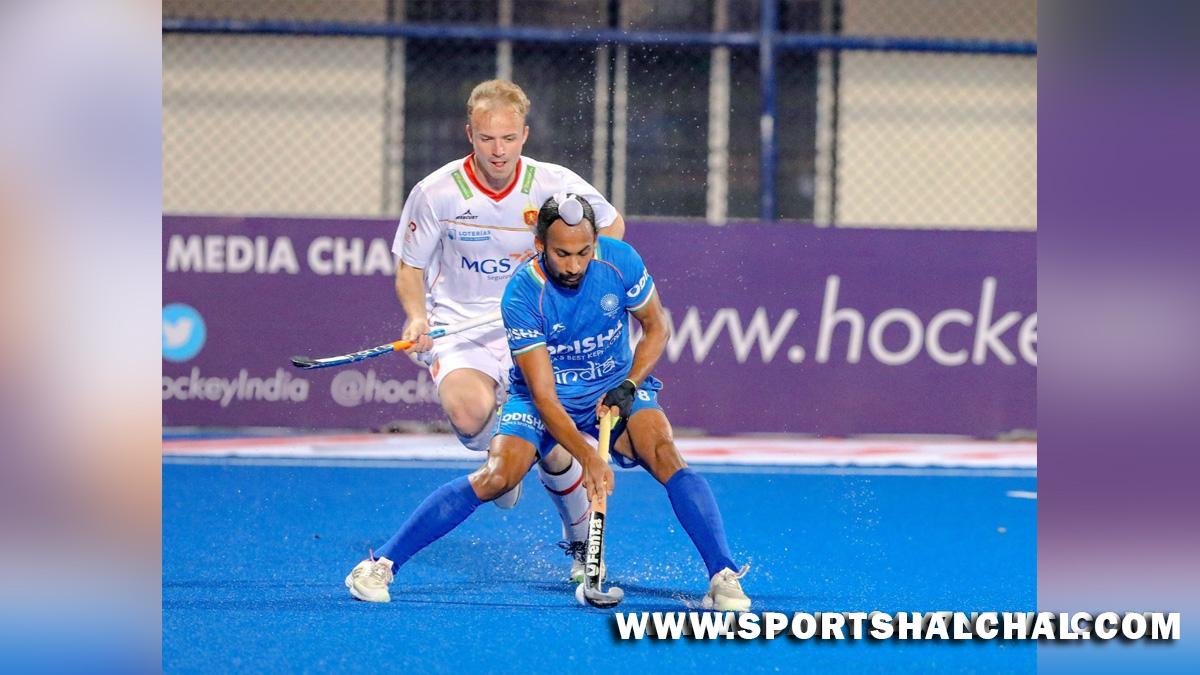 India to take on Germany next in FIH Pro League

Bhubaneswar : The Indian men’s hockey team will once against look to put it across Germany in their upcoming FIH Hockey Pro League 2021/22 matches to be played at the Kalinga Hockey Stadium here on March 12 and 13.India had defeated Germany in a come-from-behind victory at the 2020 Tokyo Olympic Games last year to clinch bronze after a gap of more than four decades.India’s FIH Pro League 2021/22 campaign hasn’t got off to a great start as they have won four and lost two of the matches, and the Manpreet Singh-led side will look to improve on their execution skills when they take on Germany in the two-legged tie.Midfielder Hardik Singh who was part of the historic bronze-medal feat in Tokyo, said the team will focus more on their own game rather than their opponents’.”We are focusing more on ourselves rather than the opponents, and identifying what all things we need to improve. Germany is a strong and experienced team. So, the preparation remains the same as it is for other teams. We will give our 100 per cent with full energy, and looking forward to executing our plans,” said the 23-year-old Hardik.

On a personal front the midfielder said that he was enjoying a dream run.”It’s been an incredible journey for me with the team. I made my debut during the Asian Champions Trophy in 2018 and since then I’ve become an integral part of this team. I was part of the 2018 World Cup as well. It’s really special for me to play for my nation at the highest level. I am really thankful to my seniors who have shown immense trust in my abilities on the field. They have created such an atmosphere that it makes very easy for each and every junior to settle down smoothly here in the senior team. So, yeah, it’s been really special,” said Hardik.Forward Shamsher Singh said that while the speed of the side was good, conceding early goals was a problem in the games against Spain last week. India registered a 5-4 win and a 3-5 loss in their Pro League home leg against Spain.

“We had prepared well for the matches, our speed was good, we also made comebacks, but I reckon we conceded easy goals and we missed out on converting our chances. Tactically speaking, I believe we did better as compared to the first match. The shots that we took were quite good, but as I said we should have availed our chances.”He further added, “I don’t think that we were lacking in terms of preparation, but I think we need to improve on our execution skills. And, I believe we will surely learn from our mistakes and utilise the lessons in the upcoming matches.”Shamsher spoke about how he has matured as a player over the years. “It’s the support and trust from the players that has helped me grow as a player,” he said.”I learnt a lot from my seniors during the lockdown period last year before the Olympics. We used to talk a lot about our game and the team structure through which I could work on my basics. I am still learning a lot of new things in the camp, and I am trying to be consistent with my performance. I am really glad that seniors are helping me out with that as well,” added the young forward.