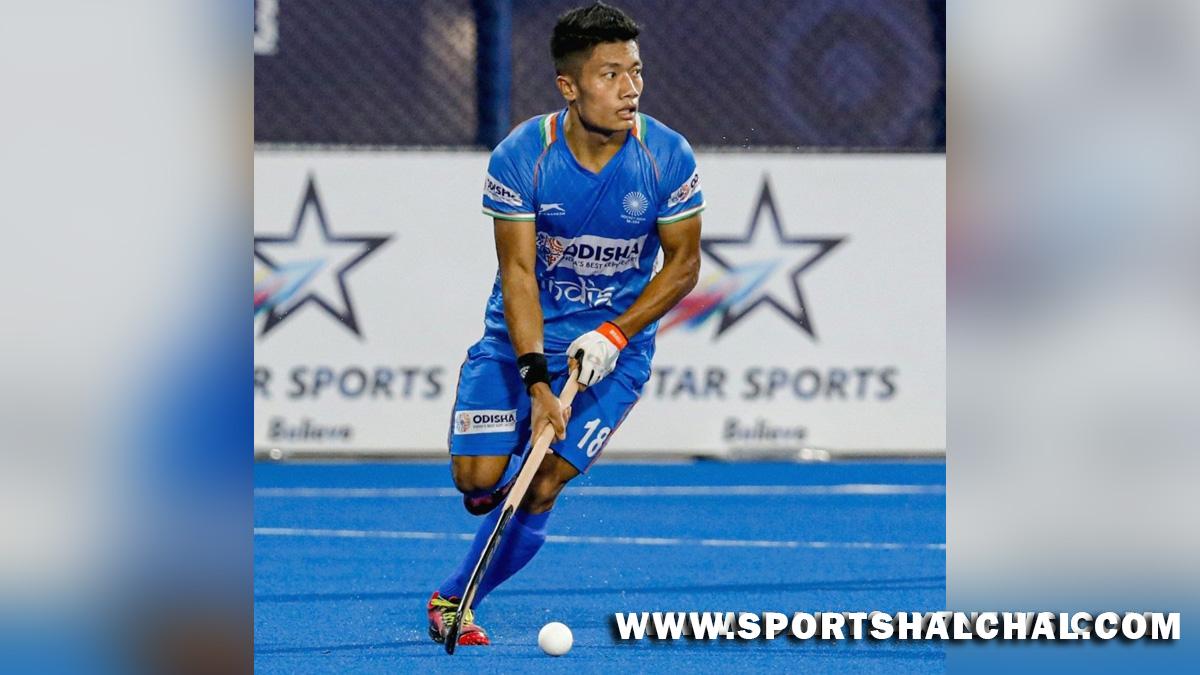 Bhubaneswar : India hockey team midfielder Nilakanta Sharma has said that the bronze-medal success at the 2020 Tokyo Olympics was “just the beginning”, adding that the team has set certain targets in the next Olympic cycle and is focused on achieving them.The Manipur youngster, who is in the 20-member Indian squad which will face Spain in the FIH Pro League double-header on February 26 and 27, added that he has been “quite fortunate” in his career to play at the junior and senior level.”Most of us in the team believe the Olympic medal was just the beginning. We have set certain targets in this Olympic cycle and we are focused on achieving those targets,” said Nilakanta ahead of the first match against Spain.The sport has changed Nilakanta’s life and he is now a regular feature in Hockey India’s national programme. First, it was his stint with the junior India team in 2014 when he was a part of the India Colts side that lifted the Sultan of Johor Cup beating Great Britain in the final.The midfielder played a key role in the team winning the Junior World Cup in 2016 at Lucknow.

Nilakanta was soon called up to represent the senior side in 2017. Since then, the 26-year-old has not looked back as he has gone on to cement his place in India’s midfield.”I have been fortunate in my career so far and I will continue to work hard, and execute my role in the team as expected of me,” added Nilakanta.Looking back at his journey, Nilakanta said he was the only Manipuri hockey player in the squad that won the historic Olympic bronze in Tokyo last year.”I am from a humble family background. My father made a living as a priest in the temple near my home. I picked up the hockey stick with a hope to represent India. I looked up to players like Chinglensana Singh and Kothajit Singh who were also from my state. I knew doing well will not only bring great recognition but would also help me improve the living conditions of my family.”Looking back, the struggles have really paid off and today I have built a new house for my parents in Imphal. My parents encouraged me every step of the way and I am happy through hockey I have been able to give them a better life.

The respect and love we have received from the people of Manipur after the Olympic success has truly been overwhelming. In Manipur, football is most popular but now after our Olympic success many youngsters in that region believe they can make a career out of hockey,” added the midfielder.Moving ahead Nilakanta believes the team has firmed up its plans for the year and the target is to win gold at the Asian Games in Hangzhou, China and be best prepared for the FIH Men’s World Cup 2023 at home in January.”Definitely the biggest tournament for us this year is the Asian Games and we have set our target of securing Olympic qualification. At the Asian Champions Trophy, we got to see how other teams from the continent are performing and definitely we can’t take anyone lightly.”A good outing this year in all major tournaments will help us for the Men’s World Cup next year in Bhubaneswar and Rourkela. It will obviously be a dream come true moment if we can finish on the podium. But for now, we are all focused on the FIH Hockey Pro League matches in Bhubaneswar. These matches will give us the right momentum ahead of the Asian Games,” he said.