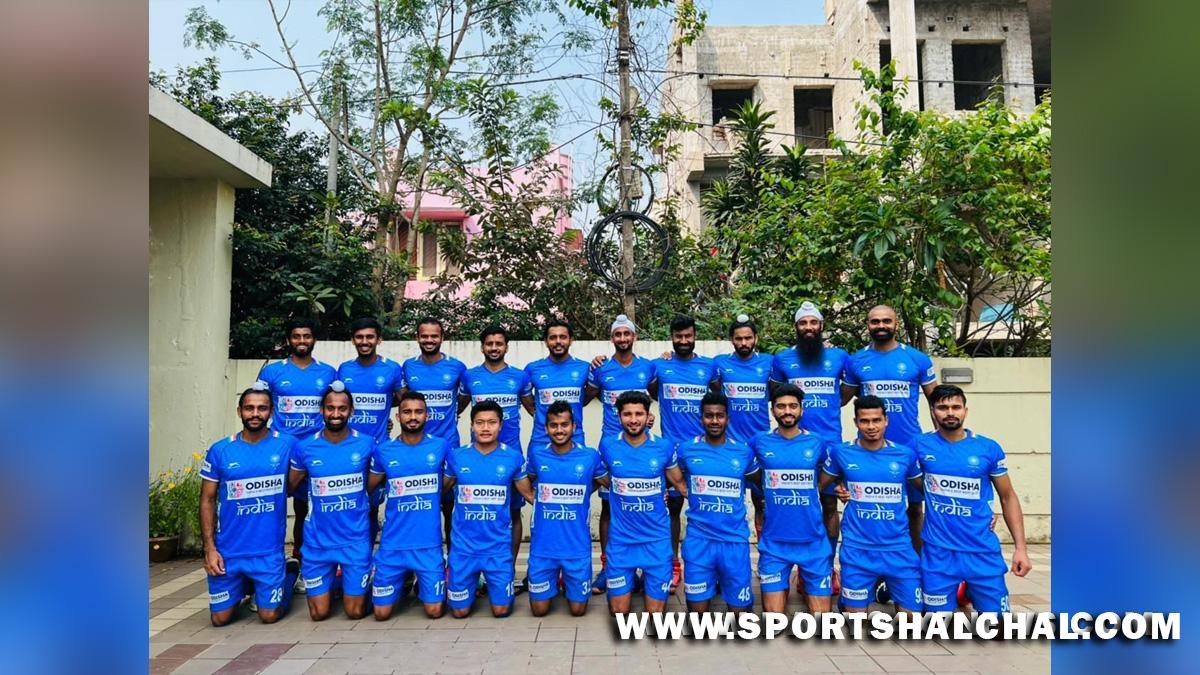 Bhubaneswar : The Indian men’s hockey team will continue to be led by experienced midfielder Manpreet Singh, with drag-flick specialist Harmanpreet Singh his deputy as it prepares to take on Spain in the FIH Men’s Pro League matches here on February 26 and 27.Hockey India on Tuesday named a 20-member squad with a new face in promising forward Sukhjeet Singh. The Punjab youngster was picked in the core group following an impressive stint with the Punjab National Bank during the maiden Hockey India Senior Men Inter-Department National Championship 2021 held in Bengaluru.The 20-member squad for the double-header against Spain also includes goalkeeping stalwart PR Sreejesh, midfielders Vivek Sagar Prasad and Jaskaran Singh and forward Shilanand Lakra, among others.Additionally, Krishan Bahadur Pathak, Amit Rohidas, Rajkumar Pal, Moirangthem Rabichandra Singh and Dilpreet Singh have been named as standbys.

India head coach Graham Reid said that Spain were touring India under a new coach and would be keen to impress after losing to England.”We have chosen a balanced group to play Spain for this weekend and are looking forward to playing at home in Bhubaneswar. It includes another new debutant striker Sukhjeet Singh who impressed during the selection camp last month and has been working hard since selection in the core probables’ group.”Spain has a new coach and will be keen to impress after losing to England. These games are an important step in preparation for what is a very busy year,” Reid added.