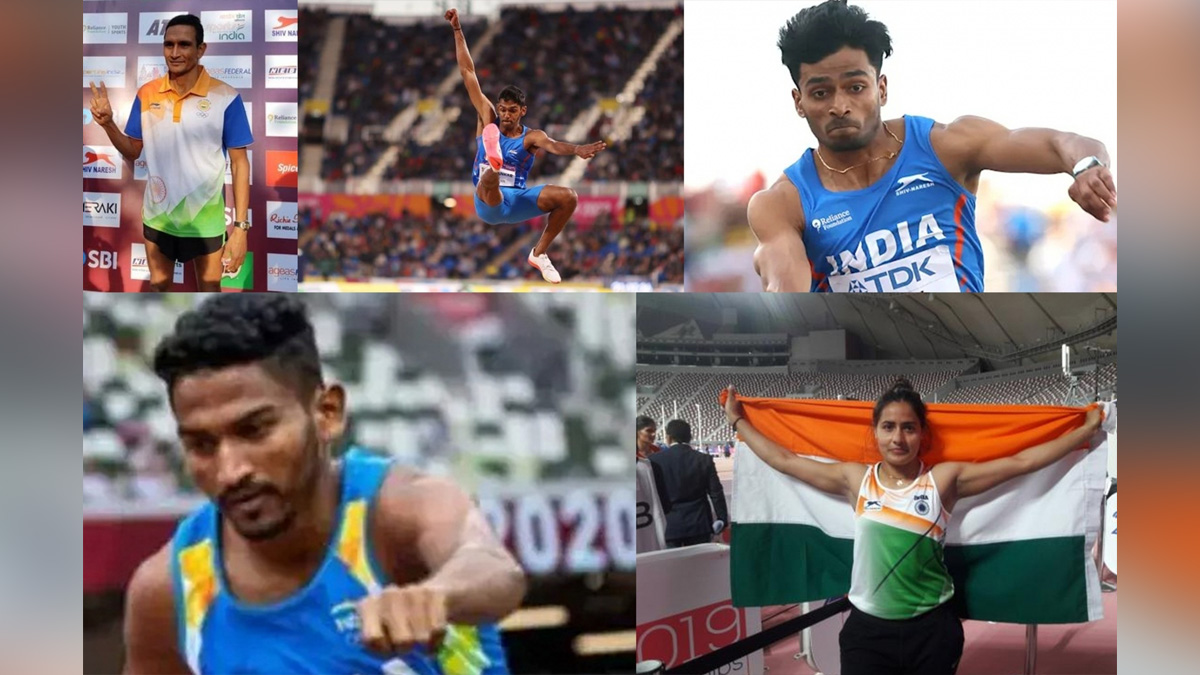 New Delhi : The 2022 Commonwealth Games in Birmingham was a huge success for India and athletics was one such discipline which gave fans opportunities to celebrate record-breaking moments.

As expected, India experienced a medal rush in boxing, wrestling, weightlifting, badminton and table tennis in CWG. However, the one field which helped shoot up the country’s medal tally was athletics.

At Gold Coast 2018, India could only manage three medals in the discipline. But this time around, India’s athletes set new benchmark, winning eight medals, including one gold, four silver and three bronze, which augurs well for next year’s Asian Games and the 2024 Olympics in Paris.

The undoubted star for India in track and field in Birmingham was Avinash Sable, who challenged the Kenyan hegemony in the 3000m steeplechase, finishing second, losing the gold medal by 500th of a second.

Abraham Kibiwot, the gold medallist, presented a brave front but it was sure he had his heart in his mouth for a few seconds as Sable made a late charge to the finish line, virtually hanging onto the Kenyan runner’s shoulder as he crossed the finishing line.

It was tactically a brilliant race as Sable broke to the front early and forced the Kenyans to speed up and exert energy early so as to keep ahead and thus, they could not produce a strong finishing kick.

Sable found some hidden reserves somewhere in his body and produced a deadline finishing kick. His timing of 8:11.20 is a new personal best and the national record while Kibiwot took gold in 8:11.15 with his compatriot Amos Serem taking the bronze in 8:16.83.

Eldhose Paul, who led a 1-2 finish in triple jump, was the other big gain for India from track and field, one who could be further groomed into a medal winner at Paris. He hopped, skipped and jumped into history books as India’s first gold medallist in the triple jump.

Prior to this, the silver won by Mohinderpal Singh Gill in 1974 was India’s best finish in triple jump. Paul had the best effort of 17.03 metres for gold while his compatriot Abdulla Aboobacker finished with 17.02 to take the silver.

India’s Praveen Chithravel finished fourth, narrowly missing the bronze medal.”I am happy that the national anthem was playing and the first two athletes were from India. I felt proud. We were already preparing for CWG and Asian Games.

The World Championships gave us an experience that benefitted us. Neeraj Chopra’s gold (in Tokyo 2020 Olympics) changed our mentality,” Paul said after returning from Birmingham.

In men’s long jump, Murali Sreeshankar won the first-ever silver medal for India in the event. His jump of 8.08 metres was equal to that of gold winner Laquan Nairn, but Sreeshankar had to settle for silver as Nairn had made the jump in his second attempt while the Indian nailed it in his fifth.

By clinching the bronze, Annu Rani won a first-ever medal for India in women’s javelin throw at CWG.Tejaswin Shankar’s bronze in men’s high jump was another big achievement for Indian athletes in the marque event.

Around one year ago, Neeraj Chopra’s gold at the Tokyo Olympics gave Indian athletics a new lease of life. It changed the mentality of Indian athletes and gave them a new identity at the global level.

Going by India’s credible show at CWG 2022, one can say that the success in Birmingham could be the beginning of a new era in athletics for India.There are many major events, including next year’s Asian Games, where India can perform well and announce itself as an upcoming athletics powerhouse.

The top performance in these events will also be a massive boost for their confidence ahead of the much-awaited 2024 Paris Olympics.However, Indian athletes will have to be careful about their fitness and recovery, which has hampered the country’s progress for a long time.

They will also have to take care of the doping issue.All said, the upswing has already begun and it will, hopefully, result in greater achievements in the near future.