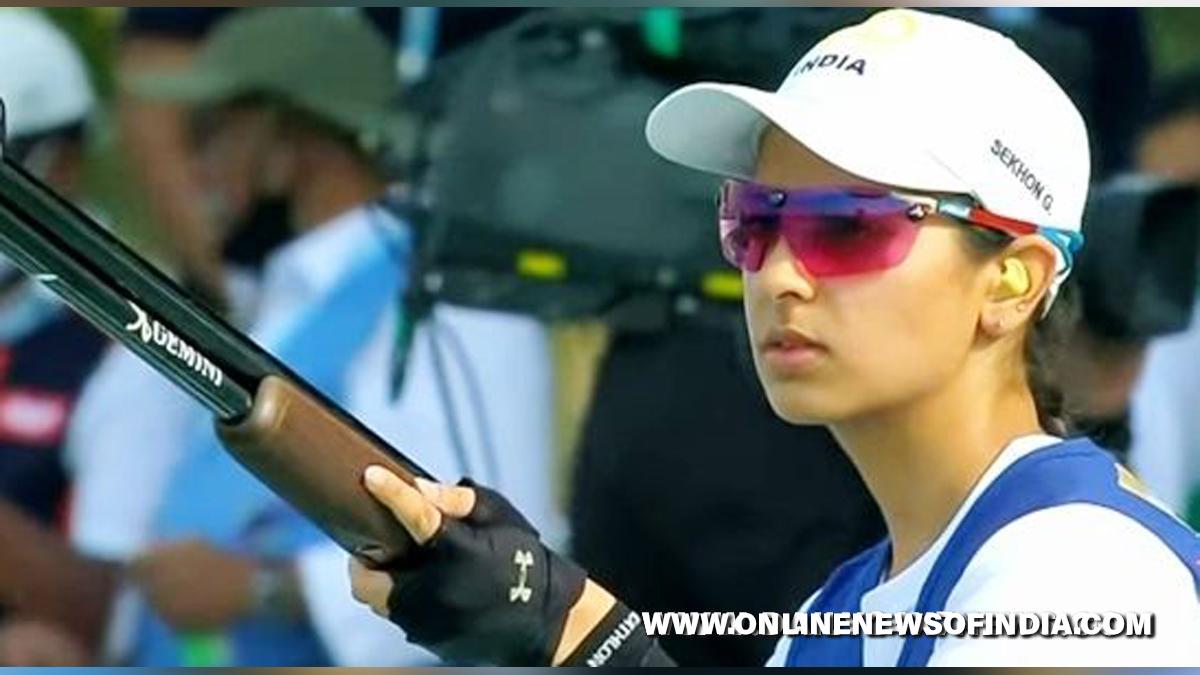 New Delhi : Rising Women’s Skeet talent Ganemat Sekhon has won a silver medal at International Shooting Sport Federation (ISSF) Junior World Championship in Lima, Peru, late on Thursday, competition day two of the event. This was India’s fifth medal of the day. The Chandigarh girl, who picked up her first senior ISSF World Cup stage medals in New Delhi earlier this year, went down in a Shoot-off eventually to American Alisha Fayth Layne, after both had tied on 46-hits after the 60-shot final. Sara Bongini of Italy won bronze.It was a fruitful day for India with Manu Bhaker winning gold in the Women’s 10M Air Pistol leading an Indian 1-2 in the event with teammate Esha Singh winning silver. Rudrankksh Balasaheb Patil of Mumbai had begun the medal-rush with a silver in the Men’s 10M Air Rifle with Ramita following that up with a bronze in the Women’s 10M Air Rifle.

The second Indian in the Women’s Skeet final Raiza Dhillon could not get going and finished sixth hitting 14 of the first 20 targets. India also finished outside the medals in the Men’s 10M Air Pistol with Naveen finishing fourth, Sarabjot Singh sixth and Vijayveer Sidhu eighth after all three had made the finals cut.In the Men’s Skeet none of the three Indians in the fray, Rajveer Gill, Abhay Singh Sekhon and Ayush Rudraraju could make it to the six-man finals.At the beginning of day three where two finals are on schedule namely the Men’ and Women’s Team Skeet competitions, India stands second on the table behind the USA.The Americans won six medals in all on Thursday including three gold medals led by their reigning Olympic champion William Shaner in the Men’s 10M Air Rifle. France and Belarus won the other gold medals on the day, besides India.

Chris Gayle was not being ‘treated right’ : Kevin Pietersen