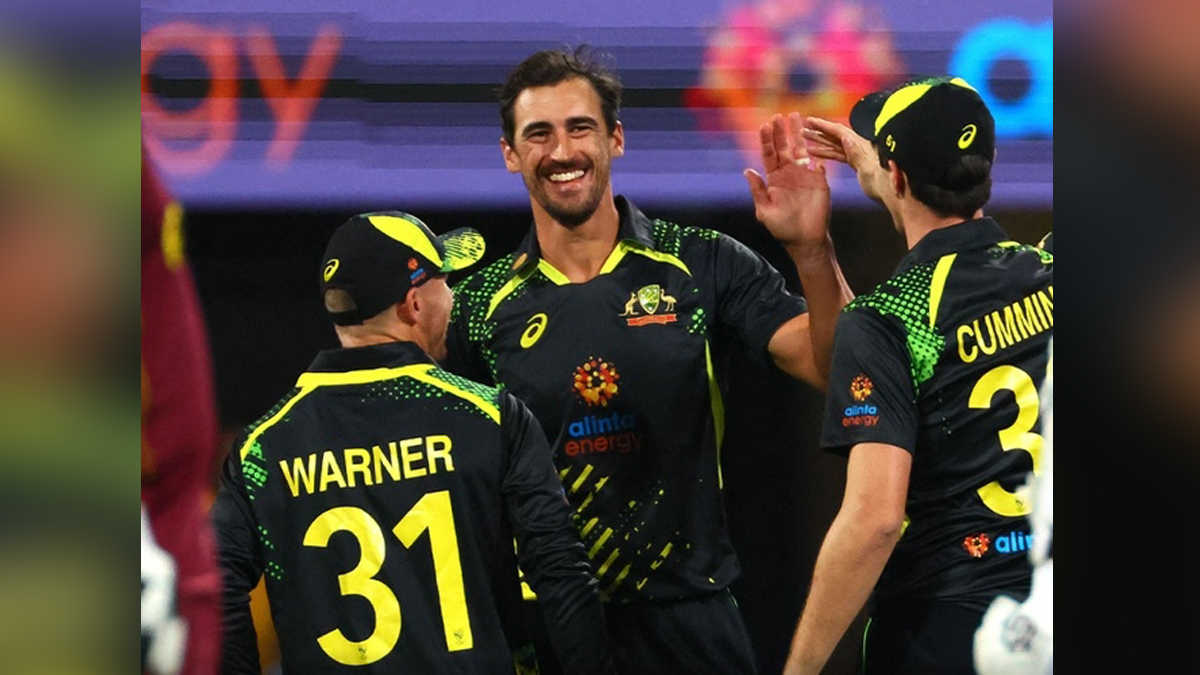 Brisbane (Australia) : Australia batting stalwart David Warner is shaping up nicely for the ICC T20 World Cup at home with the 35-year-old top-order batter smashing a superb 75 in the second T20I against the West Indies here on Friday evening, leaving skipper Aaron Finch mighty pleased with his performance.

Finch said following Warner’s 41-ball pyrotechnics that the opening batter made the difference in the 31-run victory, which helped Australia make a clean sweep of the two-match series.Batting first, Australia scored a competitive 178/7 with Warner and middle-order batter Tim David (42) guiding them to a fighting total. Young Cameron Green failed to fire, being dismissed for just one run.

Mitchell Starc and Pat Cummins then ran riot, sharing six wickets among themselves as the visitors were restricted to 147/8.”Davey (David Warner) was the difference, and Tim David,” said Finch after the match. “There was enough in the pitch for everyone.”

On the batting order, where he came in at No.3 and Green being sent to open again with Warner, Finch said, “There is a method to everything we do. Still plenty of learnings (for the three-match upcoming series against England and the T20 World Cup). It’s about managing our way to the World Cup.

We want to play aggressive but at the same time we want to manage well with long flights and short turnaround times.”Warner, who was adjudged ‘Player of the Series’ said, “It was a fantastic all-round performance, well executed by our bowlers. At the halfway mark, we had discussed about bowling Test match lines and lengths, and they nailed them (West Indies).

Warner complimented Green despite the youngster being dismissed for just one run, saying he was the player for the future.”He (Green) is a bit like me. Think he is going to have a big impact in the future,” added Warner.