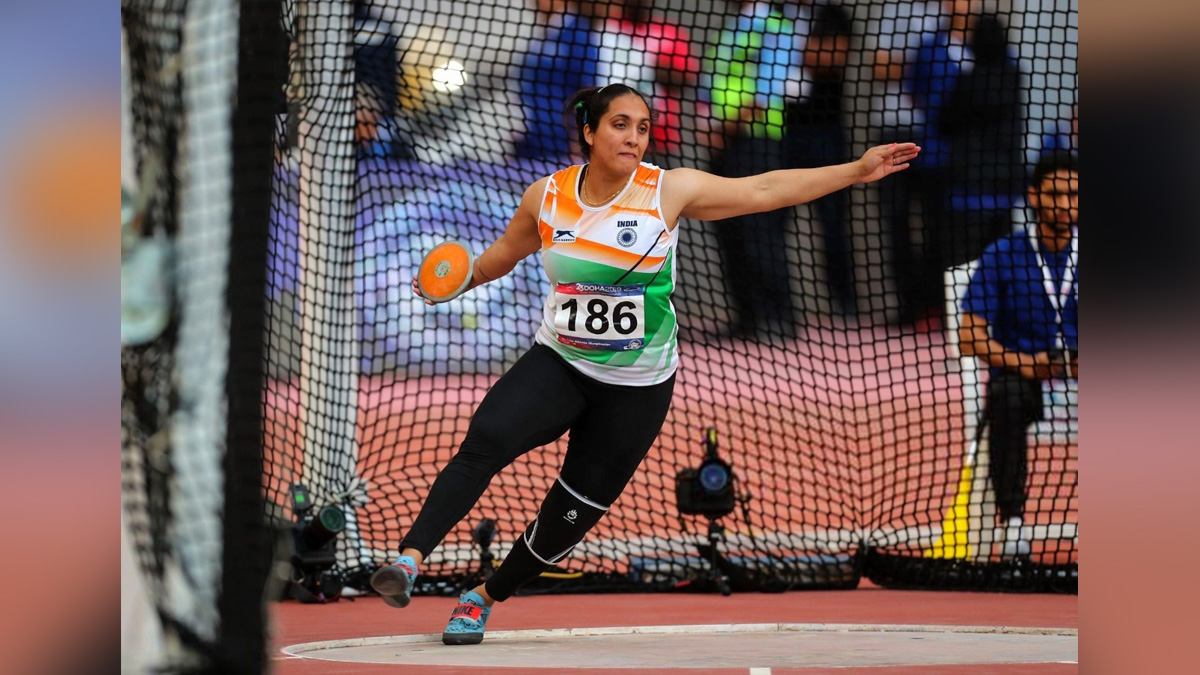 New Delhi : Indian discus thrower Navjeet Kaur Dhillon, who won a bronze medal at the 2018 Commonwealth Games in Gold Coast, has been handed a three-year ban by the Athletics Integrity Unit (AIU) after she tested positive for a banned drug.

The drug was infamously used to enhance field performances by some East German athletes during the late 1960s.The 27-year-old has been a regular feature in the domestic competitions and those held outside India this year.

She was also part of the Indian contingent for the Commonwealth Games 2022 in Birmingham where she finished eighth in the 11-women discus throw final.The AIU team took an out-of-the-competition urine sample from Navjeet during the Qosanov Memorial Athletics Meet in Almaty, Kazakhstan on June 24.
On August 10, the World Anti-Doping Agency (WADA) accredited laboratory in Lausanne, Switzerland, reported an adverse analytical finding in the sample for the presence of a metabolite of DHCMT. Navjeet told the AIU on August 23 that she had used a supplement that, unknown to her, contained the prohibited substance.

“On 23 August 2022, the Athlete wrote to the AIU stating that she had used a supplement that, unknown to her, contained a prohibited substance. The Athlete also returned an Admission of Anti-Doping Rule Violations and Acceptance of Consequences Form signed to confirm that she admitted the Anti-Doping Rule Violations and accepted the Consequences specified in the Notice of Allegation,” the world body said in a statement on Friday night.

While the standard ban is four years, the ban was reduced by one year after Dhillon admitted the anti-doping rule violation (ADRV) and accepted the sanction.Navjeet’s three-year ban, as per the AIU website, came into effect on August 11.

The Indian athlete will have to forfeit all titles, awards, medals, points prizes and appearance money won on or after June 24, the day when she was tested.Earlier this year, India’s Tokyo Olympians Shivpal Singh, Kamalpreet Kaur, Dhanalakshmi Sekar and promising long jumper Aishwarya Babu were also caught in the doping net.

Did not touch bat for one month, realised recently I was trying to fake my intensity a bit : Virat Kohli