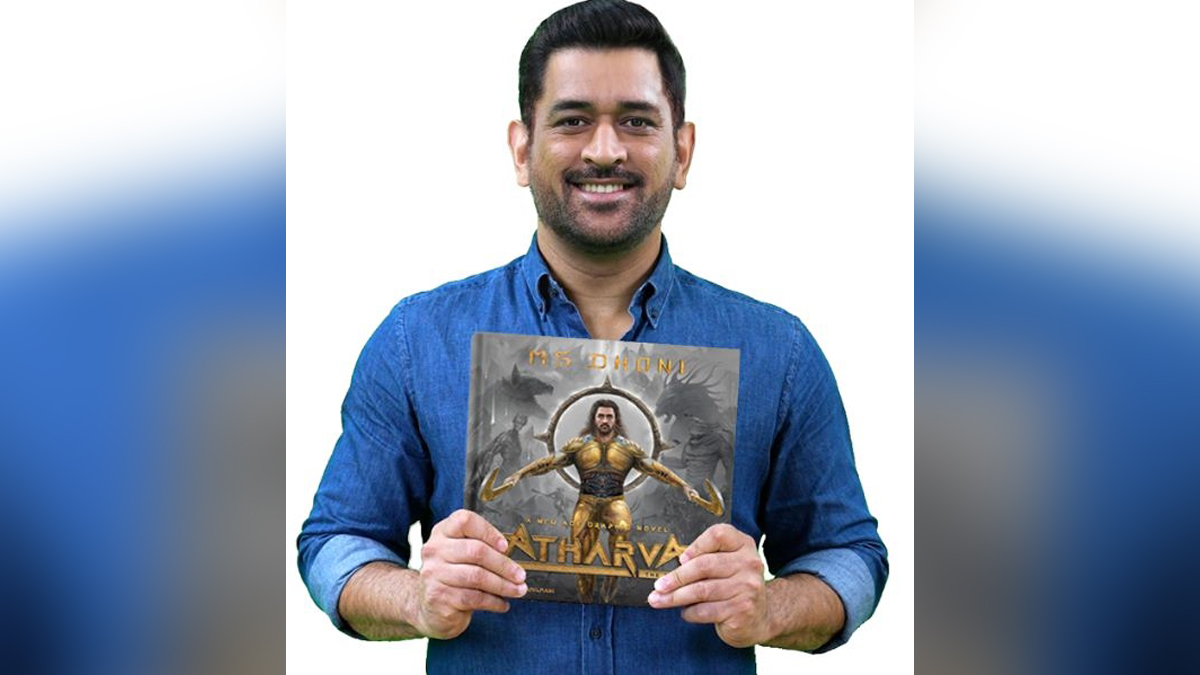 New Delhi : Pratilipi Comics, one of Indias largest and the fastest-growing digital comic storytelling platforms, combines star power and the burgeoning popularity of the fantasy genre with “Atharva: The Origin” featuring ace cricketer, M.S. Dhoni as the titular character.

After acquiring the license rights for comics of the graphic novel, written by Ramesh Thamilmani, from Virzu Studios and Midas Deals, Pratilipi Comics has recreated it with all-new character designs, artwork, and creative elements, revolutionising the Indian online comic space.

Set in a very young Earth and in a time long forgotten, “Atharva: The Origin” chronicles the adventures of a seasoned warrior who sets out on a long journey where he encounters strange creatures and discovers magnificent lands – a true treat for the soul and the senses.

To ensure this all-immersive experience for the readers, Pratilipi Comics has diligently worked with a team of artists to create this mystical world of Atharva for comics.”It is great to see all the hard work come to life in ‘Atharva: The Origin’.
Pratilipi Comics has captured the essence of our story well in its comic adaptation. The readers are in for an amazing adventure.’Speaking about the acquisition, Sachin Patil, Head of Product and Business at Pratilipi Comics, said: “This is an exciting development for us at Pratilipi and our readers.

The high fantasy genre is still in a nascent stage in India but there is still a demand for it. But, with a star like M.S. Dhoni as the protagonist and a stellar storyline, “Atharva: The Origin” will redefine the fantasy genre in India.”

We know how important KL Rahul is to our T20 World Cup plans : Virat Kohli