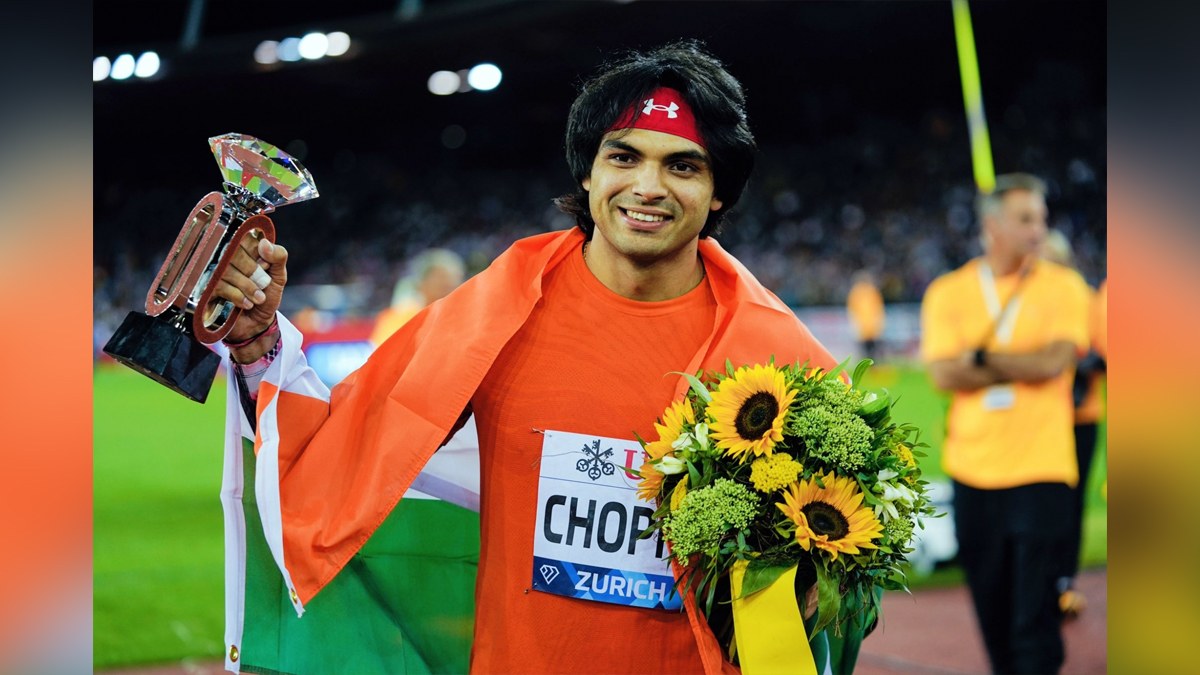 Mumbai : Olympic gold medallist in javelin throw Neeraj Chopra on Friday urged the national federation and other stakeholders to encourage more track and field athletes to participate in international events and against the top-class competition, so that he does not remain the lone Indian participating in events abroad.

Chopra, the World Championships silver medallist, capped his superb season by winning the title at the Wanda Diamond League Final in Zurich on Thursday evening, becoming the first Indian to win the Diamond League Final Trophy.
Chopra fouled his first attempt as Olympic silver medallist Jakub Vadlejch took an early lead, throwing 84.15m and 86.00m in the first two rounds. But Chopra then hurled his spear to 88.84m in round two to take the lead.

The 23-year-old from Panipat in Haryana followed it with throws of 88.00m and 86.11m, while Vadlejch improved to 86.94m in round four.Chopra remained in the same range and had an 87.00m effort on his penultimate round, his throw of 88.84 proved enough to seal the title.

Though he was elated with his performance and happy that he became the first Indian to win the Diamond Trophy, Chopra said he misses having more Indian athletes participate in top events abroad.”It is quite unusual that despite Indian athletes doing well in the Commonwealth Games and the World Championships, I was the only Indian competing in Zurich.

I see other countries have a team of athletes competing in various disciplines and I want India too should send a big contingent for such events,” Neeraj said on Friday during a virtual interaction from Zurich facilitated by the Athletics Federation of India (AFI).

We need more Indians to compete against top athletes, the world-class competitions so that we can do better in events like Olympics, Asian Games and Commonwealth Games,” said Chopra.”It feels good that other Indian athletes are also doing well, like at CWG and our guys did well in the World Championships too, though they did not get into podium position.

I will request the national federation to provide them with more chances to participate in international events and help them with foreign training stints.”Facilities are improving in India, we will soon have indoor competition and training facilities.

So, we should be able to reap the rewards at the international events,” said Chopra.Chopra has had a superb season as he won silver in the World Championships in Oregon (USA) and excelled in the Diamond League, capping it off with the trophy in the Diamond League Final, in which he was participating for the third time.