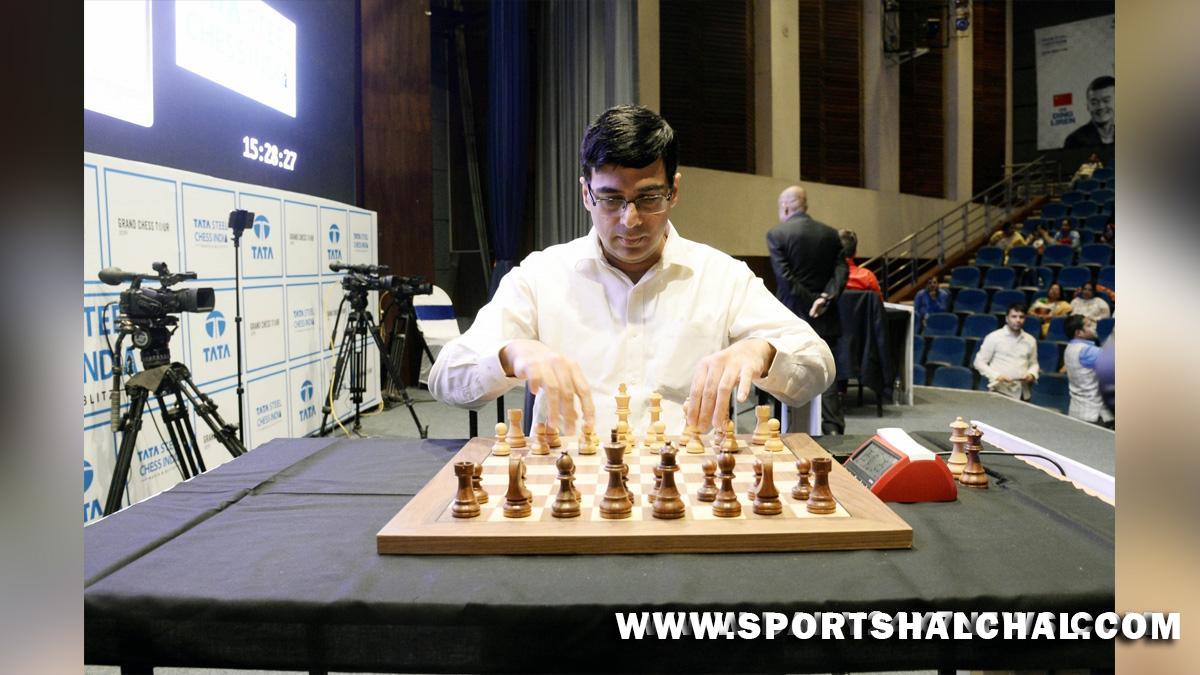 Chennai : With former world chess champion, Grandmaster Viswanathan Anand in his camp, the president of the International Chess Federation (FIDE), Arkady Dvorkovich, has further strengthened his electoral prospects, feel chess officials.They also said Dvorkovich can contest the polls even if the Russian Chess Federation declines to nominate him for the FIDE post.The elections to select the FIDE office bearers will be held in Chennai on the sidelines of the 44th Chess Olympiad.Currently, no rival camp is visible against Dvorkovich.In chess terminology, Dvorkovich’s team is like a passed pawn on the chess board (all set to be ‘queened’ or crowned), chess officials told IANS.”All these years, Anand stayed away from chess administration. But his announcement that he would support Dvorkovich seeking re-election as FIDE president will add immense goodwill for the latter at the global level,” RM Dongre, FIDE Zone 3.7 president told IANS.

On Friday, the five-time world champion Anand had said, “I have agreed to support Arkady Dvorkovich. We have discussed this but we haven’t decided yet in what role or capacity I will be involved. The team led by Dvorkovich has done a lot for the sport.”We have discussed that Viswanathan (Anand) will be a huge part of our team,” stated Dvorkovich.Interestingly, Anand was appointed as Asia’s Continental Assistant to FIDE president by Dvorkovich in 2019.However, FIDE officials to whom IANS spoke to, declined to comment on the role Anand would be offered by Dvorkovich post his victory in the upcoming polls.Meanwhile, FIDE officials told IANS that Dvorkovich can contest the polls even if the Russian Chess Federation does not nominate him.”A contestant need not be nominated by his own National Chess Federation. It is enough if other federations nominate him/her,” FIDE officials not wanting to be quoted told IANS.

Dvorkovich, the former Deputy Prime Minister of Russia, has voiced his country’s opposition to the aggression against Ukraine.FIDE has taken a series of actions following Russia’s military action against Ukraine, displeasing many in Dvorkovich’s home country.Condemning the Russian military action against Ukraine, FIDE shifted the 44th Chess Olympiad from Moscow to Chennai. It decided not to hold any FIDE competition in Russia and Belarus and not display Russian and Belarusian national flags or play their anthem in its rated tournaments (it has, however, allowing usage of their national chess federation’s flag and official logo).FIDE has also terminated sponsorship agreements with Russian and Belarusian corporations, suspended Russian and Belarusian national teams from its official tournaments and imposed a six-month ban on Russian Grandmaster Sergey Karjakin for his views on the Russia-Ukraine conflict.

As a result, Karjakin will not be able to participate in the qualifying tournament for choosing the contender for the world chess title.”Prior to the Russian invasion of Ukraine, Dvorkovich was in a comfortable position and was expected to get a second term without any opposition in sight,” a senior Grandmaster with a good international standing told IANS on condition of anonymity.In 2018, Dvorkovich had to fight it out against then deputy president of FIDE, Georgios Makropoulos.”Who will be the likely contender and how the various national chess federations will act are unknown factors (right) now,” a FIDE official not wanting to be quoted told IANS.However the one unanimous view, including those who were in Dvorkovich’s opposite camp four years back, was that he had done a lot for the game since he came to power.Given the geopolitical situation, Dvorkovich’s nationality and his past position in the Russian government, chess officials do not rule out the emergence of a rival camp at the last moment.And roping in Anand seems to be a part of the Arkady Gambit to romp home victorious at the polls to be held in Mahabalipuram near here.