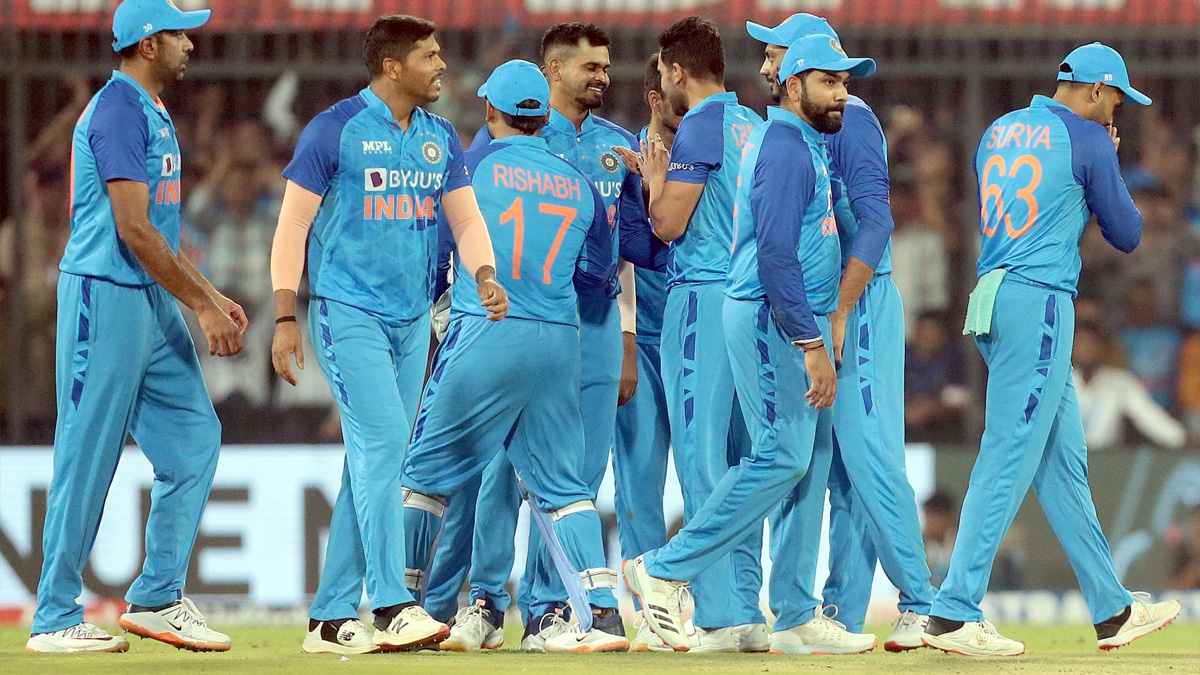 Focus should be on revamping the way India plays white-ball cricket : Saba Karim

New Delhi : As India take on Bangladesh in the ODI series starting from Sunday, senior players like Rohit Sharma, Virat Kohli, K.L Rahul, and Mohammed Shami are all set to return to international action for the first time since the ten-wicket loss to England in Men’s T20 World Cup semifinal.

With the focus shifting towards the build-up for the 2023 ODI World Cup happening in India next year, ex-wicketkeeper-batter Saba Karim feels that the current set of players and team management need to revamp their approach to playing white-ball cricket.

Once you have that in mind, then the entire ecosystem changes.” “When I say ecosystem, then I am talking about the players. Suppose you want to continue with your experienced players. When you decide to do that, it is very important for such players to buy into the kind of a template you have set for the team to follow.

That’s very important as the players will then come and fill in the slots.” “I feel that time has come for India to understand this fact that we need to change the environment in the way we play our white-ball cricket.

Once we decide to do that, then it will be far easy for India to pick the right combination,” he said in a select media interaction facilitated by Sony Sports Network. With India fielding, multiple players in different series and them turning out to be contenders for different spots, the shaping up of a settled ODI team combination could be difficult to achieve.

But Karim thinks India need to focus on a pool of 15-20 and see who fits in their desired plan for the ODI World Cup in the next couple of months. “We have been forced to take such decisions (of fielding separate teams) because of the (Covid-19) pandemic that hit us.

We had to field multiple teams. Another factor that came into the picture was injuries to some of our experienced players plus the workload.” “But right now the focus should be on the upcoming World Cup 2023. We need to have a pool of maybe a maximum of 20 players.

These players will be our focus and need to be given specific roles. Once you have that trust coming in, the players can also play freely, without really being bothered about the playing eleven. That’s the environment we need to build.”

It’s a no-brainer that England are the leader in white-ball cricket, holding both ODI and T20 World Cups at the same time. Their attacking brand of cricket, along with mind-blowing batting depth, has meant they are able to dominate teams easily.

Asked if India should be trying to implement England’s strategy in white-ball cricket, Karim felt that one doesn’t need to copy the approach of other nations. He further stressed that India needs to see if they have the required resources and players to play in a certain way in limited-overs cricket.

“When I talk about playing a different brand of cricket, we don’t need to imitate what other nations are doing. We need to find our own way of doing this. It is easy to say that one should follow what England is doing.

But it is important to see whether we have those kinds of players and if we don’t then how to unearth them.” “If we have them in domestic cricket then can we give them those opportunities? That is more important and it is something India have to decide.

It’s the most difficult part as once you decide on a brand/template you want to play, you need to figure out if you have those kinds of players, and resources at your disposal or not. If you have, are they willing to step out of their comfort zone to play the kind of cricket you want them to execute on the field? It’s a call that team management and the captain has to take.”

‘He can take the game away from the opposition’, Anrich Nortje backs under-fire Rishabh Pant