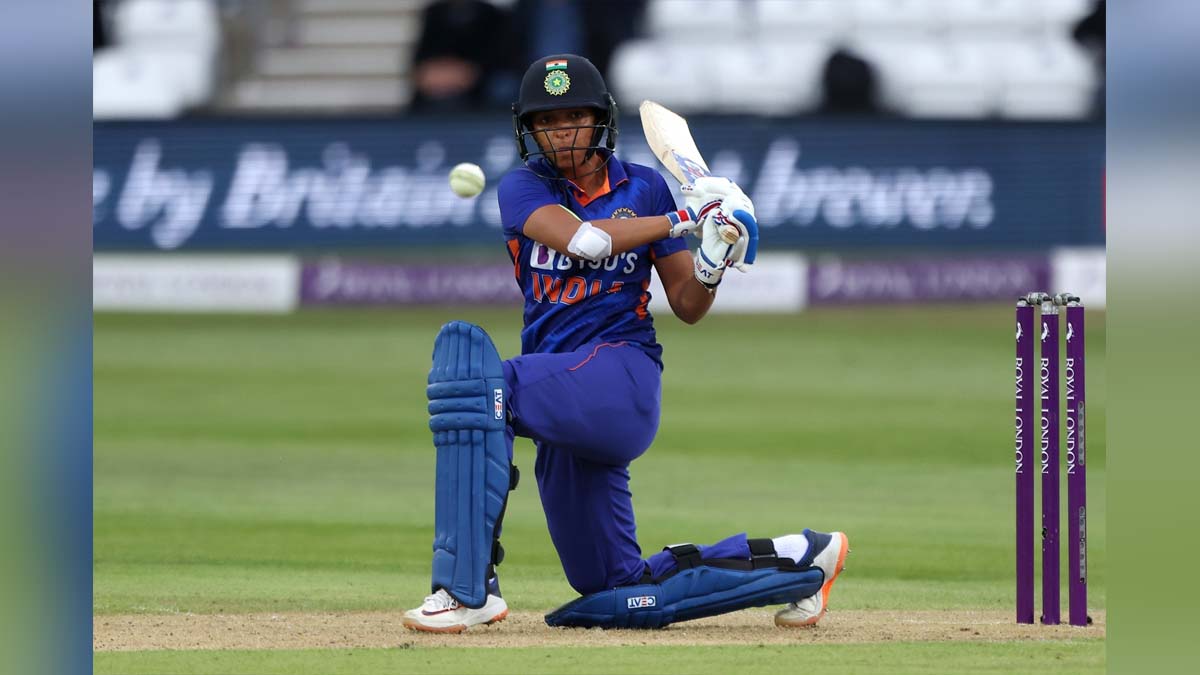 Gave myself freedom to look for shots after reaching fifty: Harmanpreet Kaur

Canterbury (England) : On a cloudy Wednesday at St Lawrence Ground in Canterbury, India captain Harmanpreet Kaur lit up the match with some magnificent shots to finish unbeaten on a monumental 143 off just 111 balls, taking India to 333/5 and set the base for an 88-run victory over England.

With the massive win at Canterbury, India also secured the three-match series ODI after the tourists had won the opening match at Hove on Sunday. The score of 333/5 was India’s second 300-plus total after making 317/8 against West Indies in an ODI World Cup match earlier this year in New Zealand, where co-incidentally Harmanpreet had slammed a century.

“When we came here, (winning our first ODI series in England since 1999) that’s what we were looking at. I am really happy, today was a very important game for us and everybody (who got) a chance was utilising it. I always enjoy (captaining) and I am getting all the support,” said Harmanpreet in the post-match presentation ceremony.

Harmanpreet arrived at the crease when India were 99/3 in 19 overs. With youngster Harleen Deol for company, Harmanpreet went about the rebuilding job and got her fifty in 64 balls, sharing a 113-run stand for the fourth wicket with her.

After that, Harmanpreet accelerated brilliantly, getting her next 50 runs in 36 balls. She went on to score her last 43 runs off just 11 balls as India took a whopping 62 off the last three overs. Harmanpreet also shared an unbeaten 71-run stand off just 24 balls with Deepti Sharma to bat England completely out of the match.

“When I was batting before I (got to the half-century), it was not easy to bat, you have to really stay there. They were bowling really well. I took my time, and when Harleen came, that partnership was important. After that I gave freedom to myself because I was well-settled at that time. I just wanted to back myself and look for all the shots,” added Harmanpreet.

In defence of 333/5, Harmanpreet struck again as she ran out England opener Tammy Beaumont in the second over. Young pacer Renuka Thakur was the pick of the bowlers for India, finishing with 4/57 runs in her 10 overs as England were all out for 245 in 44.2 overs.

Stand-in England captain Amy Jones admitted her team struggled to stop Harmanpreet from unleashing carnage on her bowlers. “Every loss is tough and they got away from us. Harman batted brilliantly, and we struggled to defend at the back. She was finding the boundary, and it was important to try and slow it down as much as possible.”

“It is going to be a great learning for them (the younger bowlers). It felt like everywhere we bowled, she was finding the boundary. It’s not over, there are points on the line at Lord’s (venue for third ODI on Sunday).”