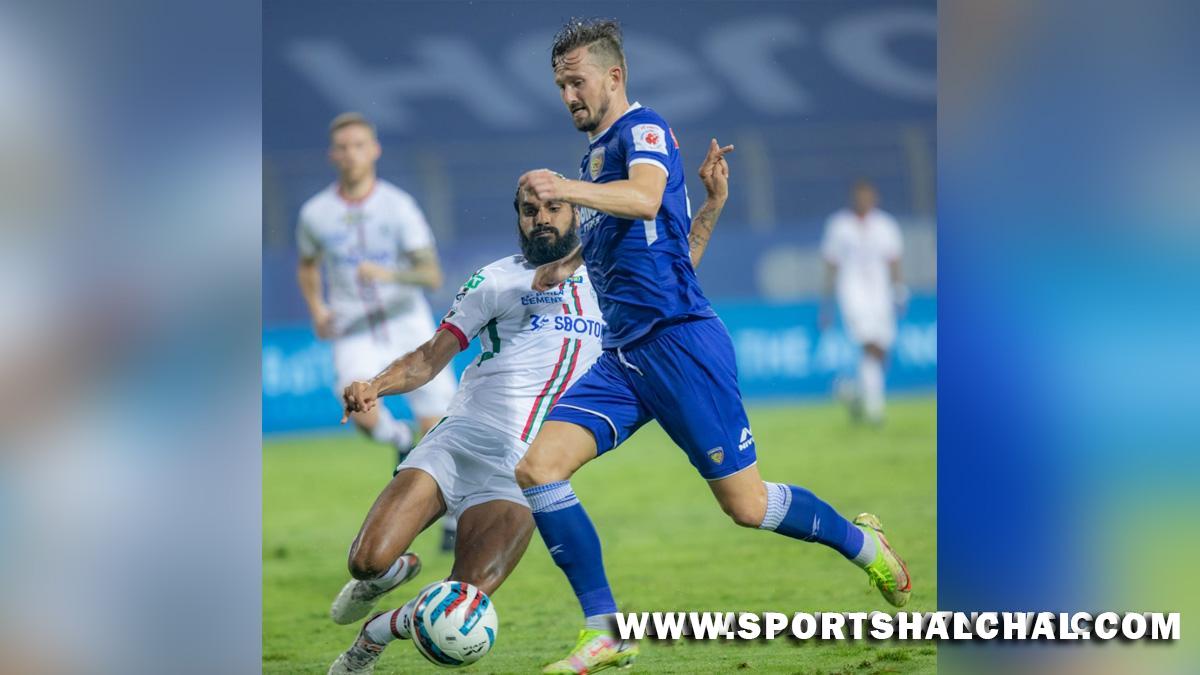 Fatorda (Goa) : ATK Mohun Bagan rode their talisman Roy Krishna’s first-half strike to sail into the semifinals for the second straight year, with a 1-0 victory against Chennaiyin FC in the Hero Indian Super League at the PJN Stadium, here on Thursday.Krishna netted his fifth goal of the season and first this calendar year in the 45th minute and that proved to be the difference in the end as the green and maroons side moved to second in the table with 37 points from 19 matches. They will take on Jamshedpur FC next on March 7 to potentially decide the team that will finish at the top of the table. Jamshedpur have two games in hand and are at the top with 37 points. They take on Odisha FC on Friday.ATKMB bossed the game from the first minute, bombing the Chennaiyin defence with constant attacks, the latter happy to sit back and try to attack on the counter.

Roy Krishna gave early warnings after a Kauko through ball sent him clear as the veteran Fiji striker, back in the starting XI after an injury layoff, found the post in his way.There were no clear-cut chances after that early opportunity but the Mariners looked the likelier to score before Chennaiyin started growing into the game and almost keeping ATKMB at bay despite all their adventures in the final third. But just before halftime, Kauko provided a similar pass for Krishna who, unlike at the start of the game, slammed home past a diving Samik Mitra in Chennaiyin goal.Chennaiyin started the second half on the front foot and almost got their reward three minutes into the hour-mark when a Reagan Singh effort deflected off an ATKMB shirt and came off the post. It was an open half but ATKMB defended well to see off the tie and grab important three points although one would have been enough to seal their semi berth. Chennaiyin, already out of the playoffs race after a forgettable season, finished their engagements with 20 points from the same number of losses.