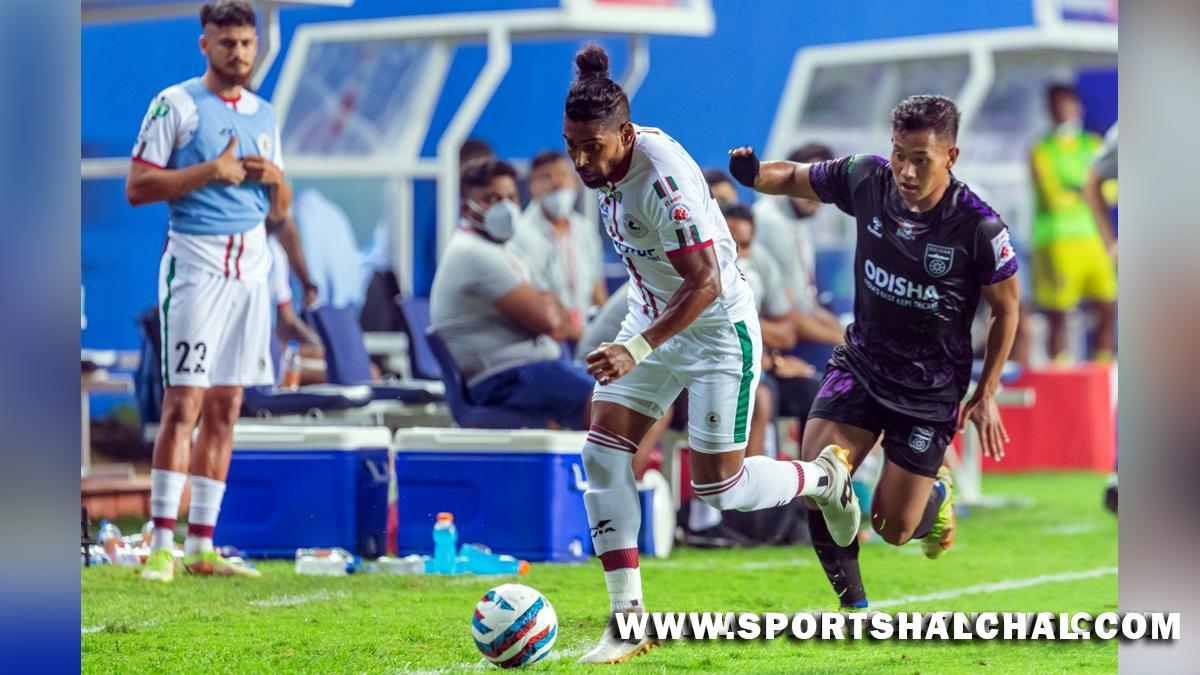 Vasco (Goa): Ten-man ATK Mohun Bagan squandered a chance to close the gap at the top, as they were held to a 1-1 draw by Odisha FC in the Hero Indian Super League at the Tilak Maidan Stadium here on Thursday.Redeem Tlang (5th) opened the scoring for Odisha, who are already out of contention for a semifinal race, but Joni Kauko (8th P) made it 1-1 from the spot. The second half saw no goals from either side with Liridon Krasniqi finding the woodwork and Roy Krishna given the marching orders picking up two yellow cards.The result means ATKMB remained in third place with 31 points, level with second-placed Jamshedpur FC who take on NorthEast United FC on Friday, from 17 matches. Odisha too remained in seventh spot with 23 points from 18 games. A win for the green and maroons would have taken them to second spot, and cut the gap with league leaders Hyderabad FC to two points with a game in hand.

The contest was off to a frantic start, Odisha taking the lead inside the first five minutes. Jerry Mawihmingthanga bombed down the right flank to send in a low cross for Tlang who got the better of Pritam Kotal to score.Odisha’s joy was short-lived as ATK Mohun Bagan equalised after Sahil Panwar clipped Hugo Boumous inside the area for the referee to point towards the spot. Joni Kauko slammed home from the spot.Odisha could have gone 2-1 up, but Javi Hernandez saw his meek penalty saved by Amrinder after Aridai Suarez was tripped inside the box by Tiri.Javi tried to atone for his mistake with a defence-splitting long ball to find Aridai but Amrinder came out of his line in time and made himself big for the Spaniard to not shoot and pass to Tlang instead, who could not do much.Javi had to come off with a slight knock and was replaced by Daniel Lalhlimpuia as the game neared the halfway mark.Early on in the second period, ATKMB head coach Juan Ferrando replaced Carl McHugh with fit-again Roy Krishna looking to break the deadlock. Both teams struggled to carve out clear-cut chances as the clock ticked on.In the final ten minutes, substitute Krasniqi saw his effort come off the crossbar from a Aridai pull-back while Krishna was shown a red after picking up his second yellow card in stoppage time.