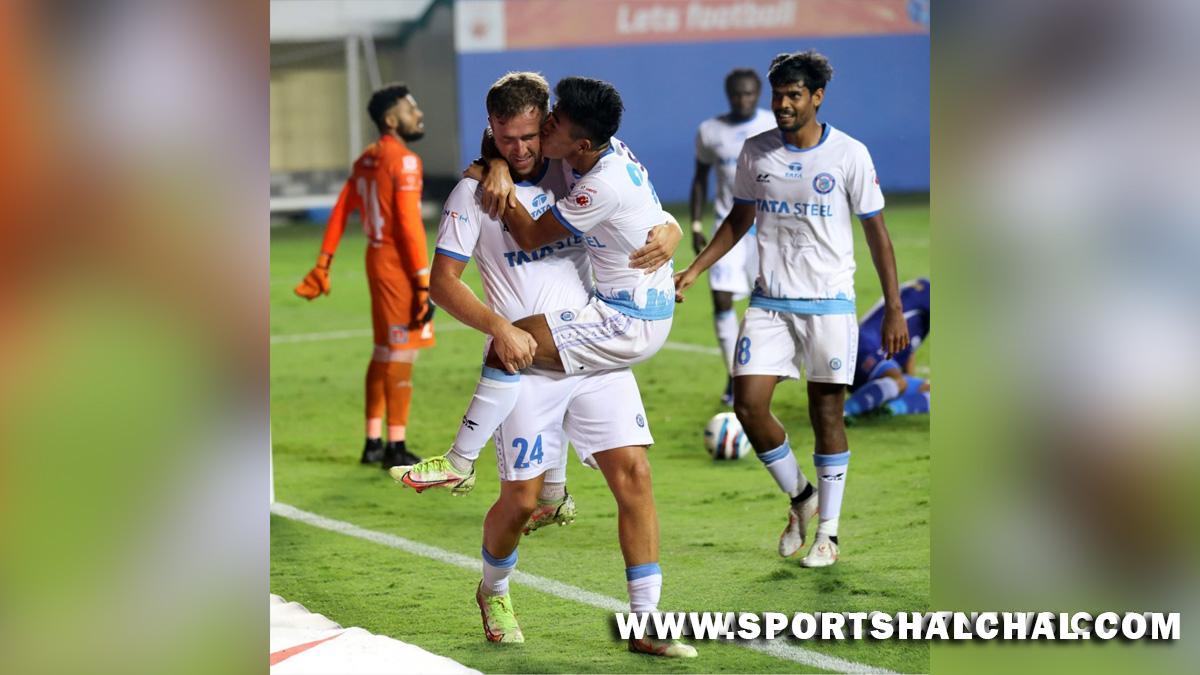 Vasco (Goa) : Jamshedpur FC underlined their might with a brilliant performance as they breezed past Chennaiyin FC 4-1 to move to second place, in the Hero Indian Super League tie at the Tilak Maidan Stadium, here on Sunday.Ritwik Das (23rd), Boris Singh (33rd) and Daniel Chima Chukwu (40th) got on the scoresheet before Deepak Devrani scored an own goal (46th) as Jamshedpur made it three wins in a row to rack up 31 points from 16 matches. They are one point behind league leaders Hyderabad FC with a game in hand.For Chennaiyin, Nerijus Valskis (62nd) scored a consolation goal against his former side. Chennaiyin are eighth in the table with 20 points from 17 matches and are all but out of a semifinal berth.Jamshedpur bossed the game from the start with Boris warming Debjit Majumder’s gloves early on with an effort from the right-wing. The Red Miners saw a lot more of the ball and that translated into a goal soon. Greg Stewart’s corner was headed back by Peter Hartley as Chennaiyin failed to clear their lines.

Ritwik was on hand and the in-form midfielder guided the ball on the rise into the back of the net past Debjit who tried hard to get his hands to it.Three minutes after the cooling break, Boris made it 2-0 after Stewart darted inside the box to find him and it was an easy tap-in from close for the young right back.
It rained goals in the first half for the Men of Steel and this time it was Chima again, the Nigerian striker scoring his fourth goal in five games for Owen Coyle’s side. A poor goal kick from Debjit saw Eli Sabia ping the ball back in the attacking third for Chima to trap it nicely, drop his shoulder, turn to his left and tuck it into the left corner.Chukwu got another golden opportunity to double his tally just before half-time when the excellent Stewart put a nice through ball for him but the striker hit it straight at the keeper.Just after the break, it was more misery for Chennaiyin as Devrani put the ball in his own net from a Stewart floater. There was some respite when Valskis turned in a long punt from Ariel Borysiuk which was initially saved by T.P. Rehenesh but only as far as Valskis who fired it in from close range.Ishan Pandita replaced Chukwu as Coyle went for the kill. Hartley and Stewart were also taken off with Narender Gahlot and Alexandre Lima replacing them. It was scrappy in the final exchanges of the game but for Jamshedpur, the game was won in the first half itself.