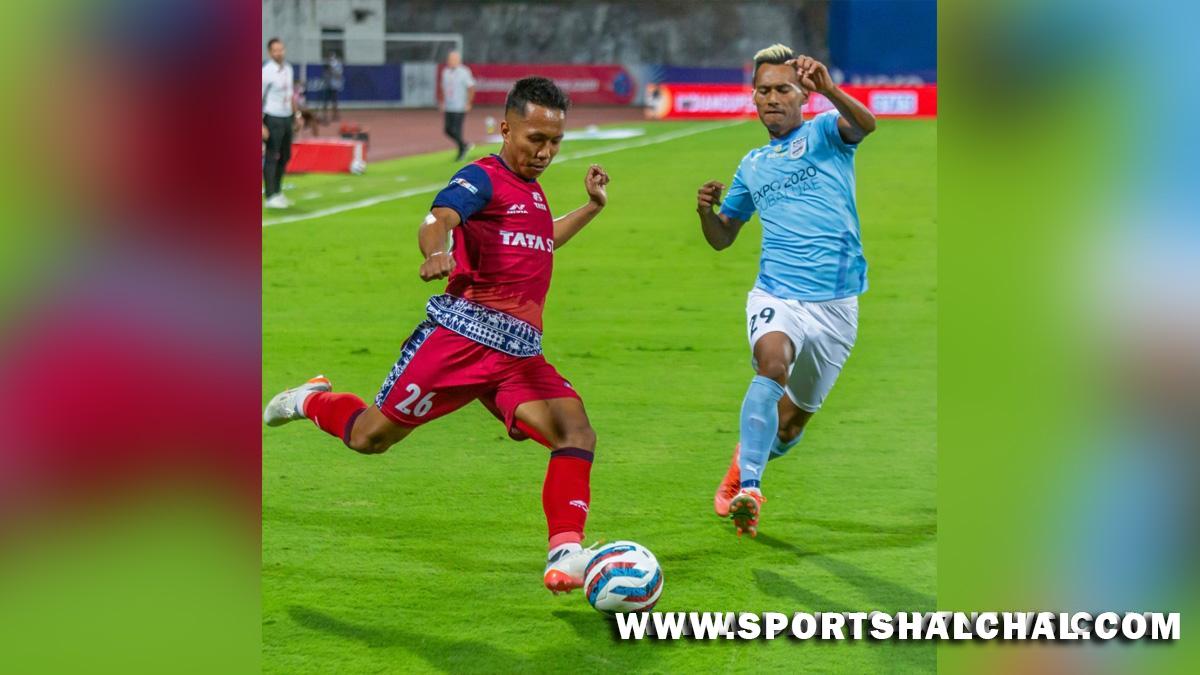 Bambolim (Goa) : Jamshedpur FC wasted a two-goal advantage but came back just in time to grab a late winner and move to third in the points table with a nerve-racking 3-2 victory over Mumbai City FC in a rescheduled Hero Indian Super League tie at the Athletic Stadium in Bambolim on Thursday.Greg Stewart (9th) opened the floodgates early on to give Jamshedpur the lead with Ritwik Das (30th) doubling the margin. In the second half, Rahul Bheke (57th) pulled one back for Mumbai before Igor Angulo missed a penalty but that didn’t matter as Diego Mauricio converted from the spot in the 86th minute to leave the game on a knife’s edge. Stewart then converted a penalty in added time to seal the issue.Jamshedpur now have 28 points from 15 games, one adrift of leaders Hyderabad FC but with a game in hand. ATK Mohun Bagan, placed second, are also on 29 points with 15 matches, the same as Jamshedpur. Mumbai remain fifth with 25 points from 16 matches.

Jamshedpur started on the front foot and got their reward after just nine minutes. A brilliant piece of teamwork saw Jitendra Singh pass the ball to Boris Singh just outside the box with the latter relaying it to Ritwik Das who back-flicked it to an unmarked Greg Stewart. The Scottish attacking midfielder slammed home from close to make it three goals in two games as Owen Coyle’s team showed early intent.Mumbai were dealt another blow when midfield linchpin Ahmed Jahouh had to be taken off after he was hit on the shoe. Vinit Rai replaced him.At the half-hour mark, Jamshedpur double their lead. Ritwik was on target this time, having to tap in the easiest of finishes with no one tracking him down after Daniel Chima Chukwu acrobatically sent in a low cross from the edge of the byline.

Jamshedpur went into the break with a 2-0 lead with Mumbai snapping at their heels. In the second period, Bheke halved the margin by making the most of the ball coming at his feet after Igor Angulo’s attempt was saved by Rehenesh.Mumbai kept putting pressure on Jamshedpur and it paid off when Peter Hartley fouled Mourtada Fall inside the area and the referee pointed to the spot. Angulo’s effort though was saved by Rehenesh who got up to make another save showing brilliant reflexes.
Angulo was replaced by Diego Mauricio in the 89th minute and the Brazilian striker made an immediate impact, being fouled by Hartley inside the box. Mauricio stepped up and slotted the ball in the centre to make it 2-2 and with four minutes remaining in the game, it was set for an end-to-end encounter.It was heartbreak in the end for Mumbai after the ball hit Vignesh Dakshinamurthy’s arm for the third penalty of the game. Stewart sent the keeper the wrong way to hand Jamshedpur the much-needed win and all three points.