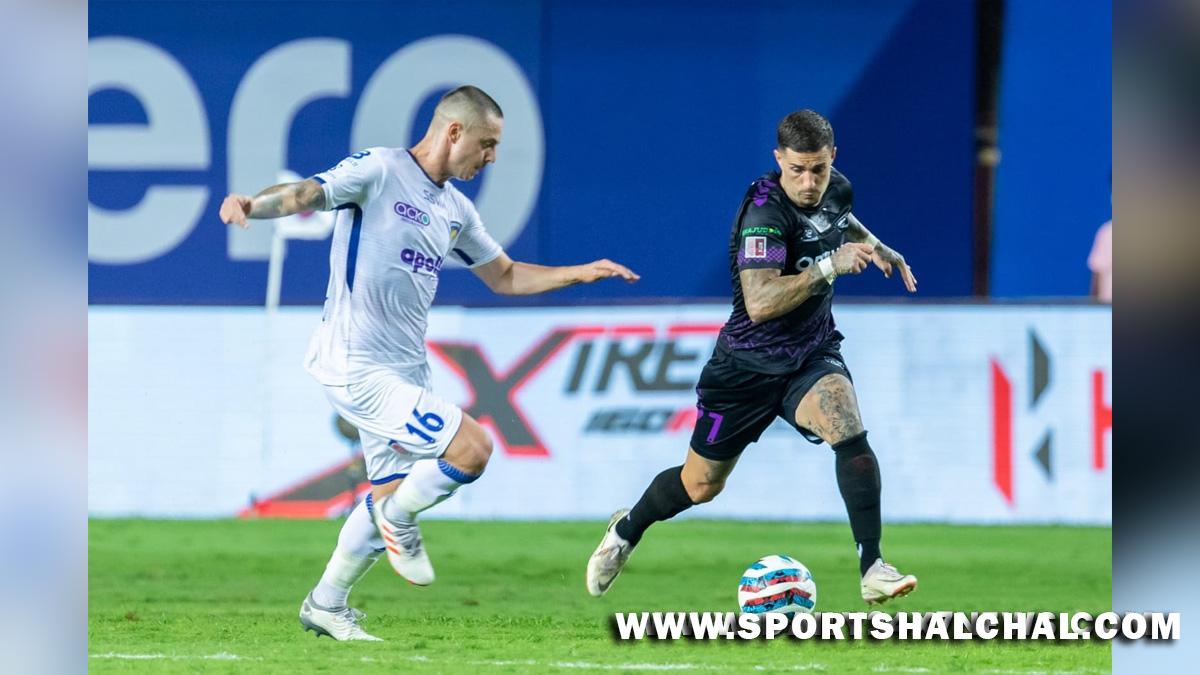 Vasco (Goa) : Odisha FC and Chennaiyin FC had to win this game in order to keep their semi-final hopes alive, but shared the spoils after playing out a 2-2 draw in the Indian Super League (ISL) at the Tilak Maidan Stadium, here on Wednesday. The win was important for both the teams, but a stalemate means while they are mathematically still not out, their chances of making the top-four cut are all but over.Rahim Ali (2nd) opened the scoring for Chennaiyin before Javi Hernandez (18th) pulled one back for Odisha for Jonathas Cristian (51st) to help them go in front in the second half. But Nerijus Valskis found the back of the net for Chennaiyin to ensure their rivals don’t get all three points.Chennaiyin remained in eighth place with 20 points from 17 matches while Odisha stayed in the seventh spot having 22 points from 17 matches.Chennaiyin nosed ahead inside the first two minutes, Rahim Ali tucking in a free-kick from Nerijus Valskis which was initially blocked but fell to the striker who was unmarked at the far post.

It was all Chennaiyin in the opening 15-odd minutes but Sabir Pashain charge of the team after Bozidar Bandovic parted ways with the club saw his team not being able to make the most of the great start.Javi equalised in the 18th minute after some brilliant off-the-ball movement saw him get past his markers to then play a one-two with Jonathas Cristian and curl the ball with his left foot from outside the box and into the back of the net.Chennaiyin tried to keep more of the ball after the equaliser with Ariel Borysiuk’s ambitious attempt from yards outside the box flying over the bar.Borysiuk did better with another effort closer to half-time but the ball just missed the target to sail over the bar. Jonathas then forced Debjit Majumder into a good save as the referee blew the whistle for halftime.Odisha started on the front foot in the second half and Jonathas helped them take the lead for the first time in the game, smashing home off a rebound after Chennaiyin defenders failed to clear the ball inside the area. Soon after, Jonathas chipped an effort before Valskis nodded in a powerful header into the bottom corner from a cross.