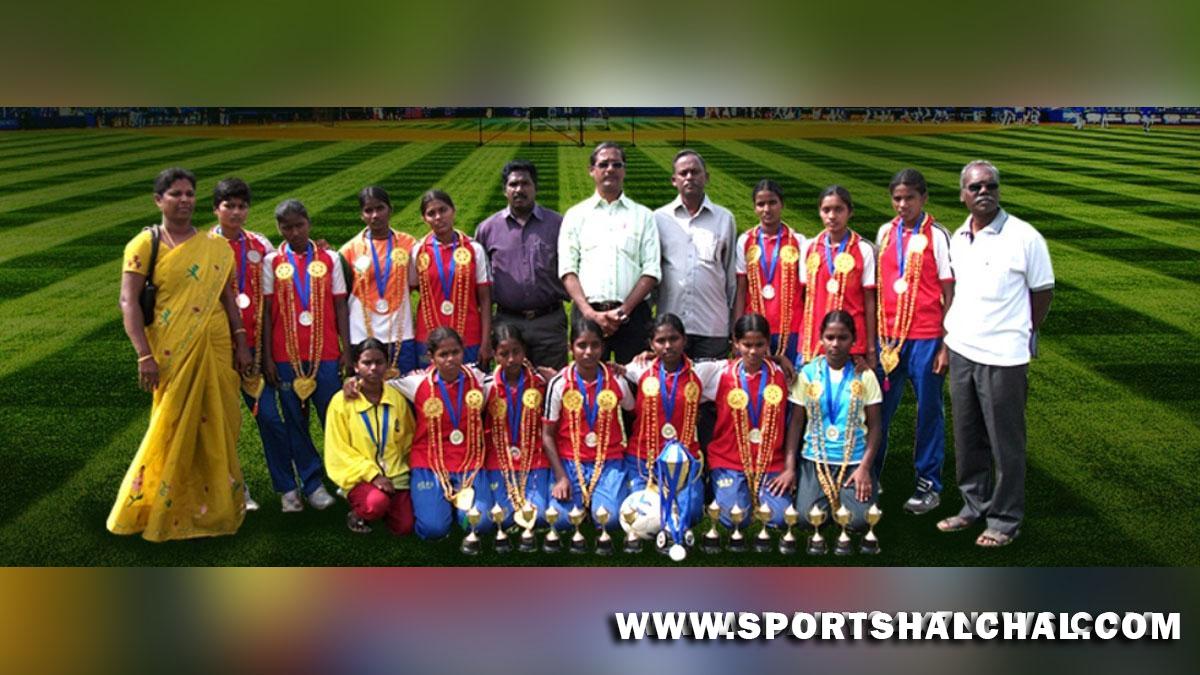 Chennai : It was providence that saved the future Indian women football stars of Cuddalore being swallowed by the giant tsunami wave on December 26, 2004.While fate had not been kind to these poor and orphan girls, December 26, 2004, was an exception.”On Saturdays and Sundays the girls would assemble in the stadium and then go to the beach for practice. On the Tsunami day which was a Sunday, the girls had assembled at the stadium. But on that day I had some work and had asked them to go back to their orphanage,” S. Mariappan, the football coach and Physical Director at the Government Higher Secondary School in Cuddalore, told IANS.Mariappan retired as the Head Master of a Government Higher Secondary School.”We would practice in the beach sands to strengthen our legs. That day at the last moment our coach had asked us to go back to the hostel, cancelling the beach training session. Then we saw people running and shouting that the sea had come in. We went back to the orphanage and there were a large number of people who were affected by the tsunami,” a player, who had represented India in international events, told IANS preferring anonymity citing her employment regulations.”I had gone to the school and was immersed in some paperwork when I felt the chair shake. Then I received a phone call from my home enquiring about my safety. I was told that the sea had overflowed and people were running here and there,” the football coach recalled.

Mariappan’s house was near the beach. First, he went to his home and saw that everyone was safe, and then checked about the safety of his family members.”I then went to the beach and helped people affected by the wave and on the way saw several bodies on the road. The giant wave had put huge fishing boats atop trees. Dead bodies were piled on trucks and were buried near our school on a mass scale. It took nearly a year for me to come out of that shock,” he said.Though, the future women football stars were safe, their relatives were not that lucky as they were swallowed by the tsunami wave.”At the government orphanage, children who had lost both their parents or one of them and were from extremely poor families were admitted. Some relatives or guardians normally visit the girls once every couple of months. For some girls no guardians came to visit after the tsunami as they, too, perished,” Mariappan added.”For instance, V. Vinitha’s ‘chithappa’ (her father’s younger brother) was supporting her. But his family was washed away by the wave. Her mother is alive. But the girls took these things bravely,” he said.Vinitha had represented India in the AFC Women’s Asia Cup held in Korea and the gold winning team at the South Asian Football Federation Championship held in Pakistan in 2015-16.

Eleven girls coached by Mariappan had played for India and several others represented their state and universities.Interestingly, he is not just a coach but a guardian for several poor girls.After passing class 12, children cannot stay in the orphanage and had to return back to their parents or guardians. Given their poor financial condition, higher education was almost ruled out.Seeing their predicament and not wanting to waste their blossoming football talent, Mariappan decided to accommodate the girls first in his home and when their numbers increased, he took a separate building on rent and accommodated the girls.The expenses were met out of his pocket and donations in cash by some good and kind people.”Two Secretaries of St.Joseph College of Arts and Science in Cuddalore — Father Peter Rajendiran and Father I. Ratchagar — agreed to admit the football players without charging any tuition fees,” the football coach said.”A hotel owner Durai Srinivasan started giving two boiled eggs to all football playing girls in the morning and non-vegetarian food at night daily. This took care of the girls’ dietary needs as I was not able to afford the kind of food that footballers need,” he added.”That apart S. Maneevannan, President, Indira Gandhi Academy for Sports and Education, and helped financially,” he added.But how did the kickoff or the training of the girls all started?

“We saw the boys being trained by the coach. Then four of us approached Mariappan sir with a request to teach us how to play football,” said an international player.”I was surprised at the way the girls learnt to play. They had watched the boys being coached and their play and imbibed the techniques. With requisite permissions from the authorities the girls were trained during the weekends,” Mariappan said.Slowly the number of girl players went up.”For the first time in the school’s history, the girls football team won the inter-school competition. Till then the poor girls were looked down upon by some teachers. After the win the attitude towards the girls changed,” he recalled.And in a short span of time seven girls played for the state team and also went for the national camp.The girls brought laurels to their Thiruvalluvar University by winning the All India Inter-University football title and also South Zone Inter University title.One of the stars is the midfielder K. Indumathi, who had played for India several times, and also captained the Indian team.”Not only on the football field, the girls have excelled academically. Many of our trainees are post-graduates and have completed their M.Phil. All the girls completed their graduation. Thanks to the two officials of St. Joseph College of Arts and Science, Cuddalore,” Mariappan added.Many of the girls have joined the Tamil Nadu Police and some have got married.