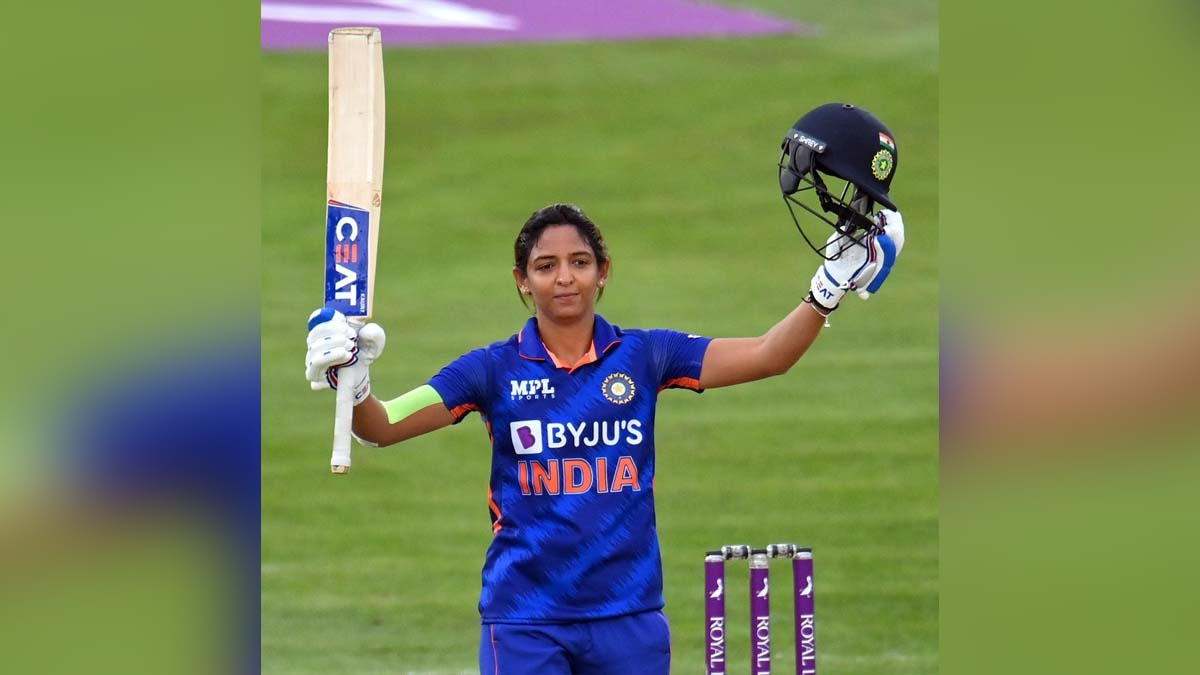 Canterbury (England) : Youngster Harleen Deol was all praise for her captain Harmanpreet Kaur during her magnificent knock of unbeaten 143 off 111 balls in the second ODI against England at Canterbury, saying the right-hander was “already great” and is “getting greater”.

On a cloudy Wednesday at St Lawrence Ground, Harmanpreet lit up the gloomy atmosphere with a breath-taking display of magnificent shots in her knock of 143, hitting 18 fours and four sixes to take India to a mammoth 333/5 and set the base for an 88-run series-clinching victory over England.

Harleen, playing in her sixth ODI, was at 18 off 36 balls at one point and accelerated well to make 58 off 72 balls, also her first fifty in the format. She hit some excellent shots for smashing five fours and two sixes while sharing a brilliant 113-run partnership with Harmanpreet for the fourth wicket.

“Definitely quite a good batting track (at Canterbury), you have to go through the line and play the shots. Actually, it (Harmanpreet’s 143) was magnificent. I have never seen guys hitting like this, she is just getting better of her self. She is already great and she is getting greater,” said Harleen during the match.

After taking her time to get her fifty in 64 balls, Harmanpreet accelerated brilliantly, getting her next 50 runs in 36 balls. She went on to score her last 43 runs off just 11 balls as India took a whopping 62 off the last three overs.

Harmanpreet also shared an unbeaten 71-run stand off just 24 balls with Deepti Sharma to bat England completely out of the match. She offered England no chance to crawl back in the match, and punished them by striking balls all over the park.

“It is a huge achievement for the India team (on winning an ODI series in England after 23 years) and they have deserved every bit of it. We’ll remember that innings for a very, very long time. I have a feeling Kaur’s innings will change things for women’s cricket in India,” said former India men’s wicketkeeper Deep Dasgupta on BBC Test Match Special.