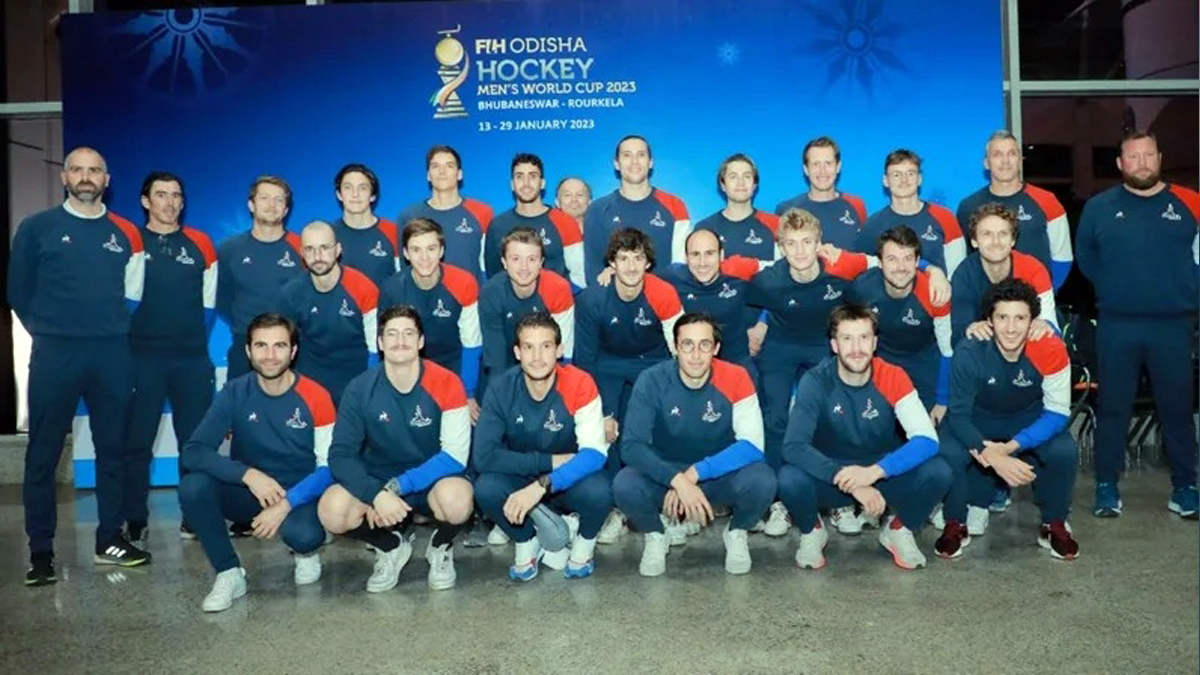 Bhubaneswar : The France men’s hockey team was a surprise package in the last edition of the event in 2018 and will look to do better in the FIH Odisha Hockey Men’s World Cup 2023 Bhubaneswar-Rourkela as they reached Bhubaneswar to take part in the tournament.

France finished eighth in the 2018 Men’s World Cup, after losing to Australia in the quarterfinals. For the upcoming 2023 edition in Odisha, France are placed in Pool A alongside Australia, Argentina and South Africa and will play the Aussies in their first match of the tournament on January 13 in Bhubaneswar.

With France being the host of the next Olympics in 2024, the men’s hockey team will be under pressure to perform well in the World Cup to justify their direct entry into the Olympics.

Head coach Frederic Soyez is optimistic about their chances in the FIH Odisha Hockey Men’s World Cup 2023 Bhubaneswar-Rourkela. “We are not looking for the title at the moment. Our team is focused on the first match of the tournament right now and then we will see where we end up.

We prepared for this tournament intending to do better than the last year and I think we have the quality to perform well against the top teams,” commented Soyez. France have several stars in their team and one of the players is Timothee Clement, who also won the Player of the Tournament award at the 2021 Men’s FIH Hockey Junior World Cup.

However, the head coach stated that they intend to play as a team rather than focusing on a few players. “Clement is one of the players in our team and has some really good qualities but at the same time, we want to do well as a team.

Our team have a lot of good players and they are looking forward to proving their worth in the FIH Odisha Hockey Men’s World Cup 2023 Bhubaneswar-Rourkela,” commented Soyez.

Meanwhile, France’s captain Victor Charlet spoke about his team’s strengths against some top sides in the tournament and also cleared his intentions of going for the trophy. He said, “Definitely our target is to win the Men’s Hockey World Cup and we are looking forward to playing aggressive hockey.

We have a lot of quality on our side and are capable of defeating any big team in the tournament with fast and aggressive hockey. As a team, we want to win the trophy and create history.”