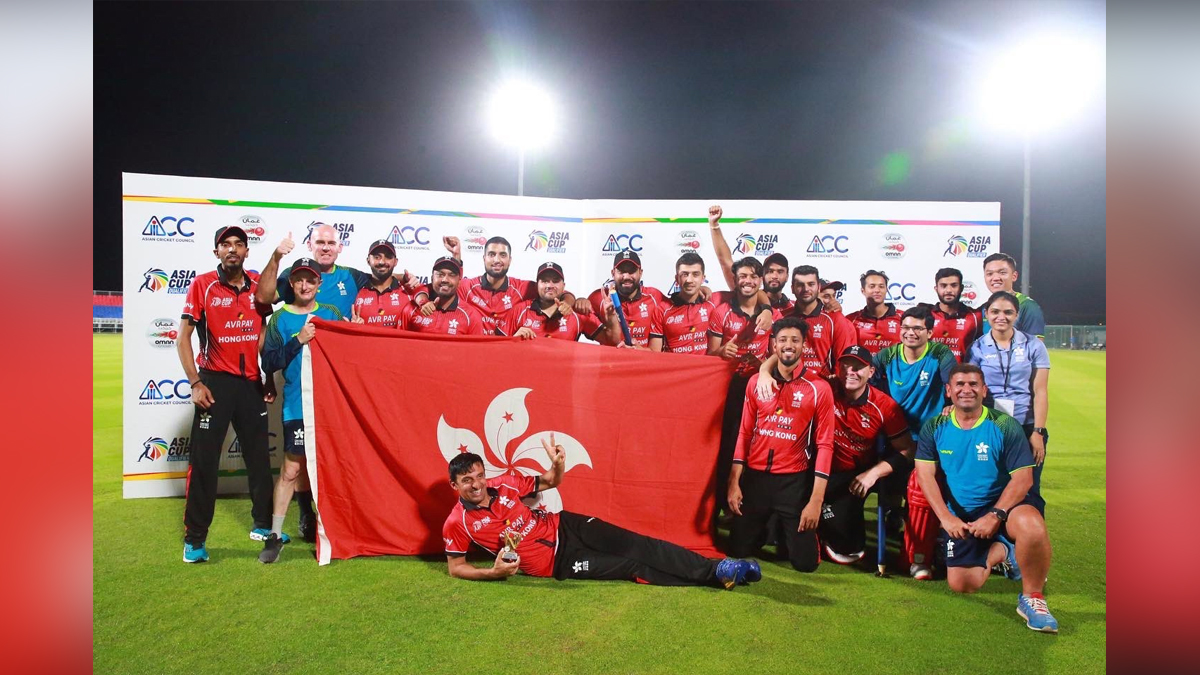 Al-Amerat (Oman) : Hong Kong qualified for the main Asia Cup event after defeating the United Arab Emirates (UAE) by eight wickets at the Al Amerat Cricket Stadium in Muscat.With Hong Kong ending the Qualifiers as the top-ranked side, they will now join India and Pakistan in Group A of the Asia Cup T20 event. Afghanistan, Bangladesh and Sri Lanka are in Group B of the competition.

Their match against India will be on August 31 in Dubai, followed by the clash against Pakistan in Sharjah on September 2. Co-incidentally, Hong Kong had defeated UAE in the 2018 qualifiers to join India and Pakistan in the same group of the ODI Asia Cup event.

Ahead of the final match of the Asia Cup qualifiers, Hong Kong and UAE were put in a must-win situation after Kuwait defeated Singapore by six wickets and completed their chase of 105 in 7.5 overs to be on top of the table on the basis of Net Run Rate.

Electing to bowl first, off-spinner Ehsan Khan shined for Hong Kong with the ball, picking 4-24 in his four overs. He was well-supported by right-arm medium pacer Ayush Shukla, picked three for 30 in his three overs, while Aizaz Khan (2-8) and Yasim Murtaza (1-17) chipped in with vital contributions to bowl out UAE for 147 in 19.3 overs.

For the UAE, their captain CP Rizwan top-scored with 49 from 44 balls, including four fours, while all-rounder Zawar Farid smashed 41 off 27 balls after coming in at number seven, hitting two fours and three sixes, to give their bowling attack something to defend.

In reply, Murtaza and skipper Nizakat Khan powered Hong Kong to a quick start, sharing a stand of 85 runs in 10.5 overs, recording the side’s highest-ever T20I opening partnership. Nizakat fell for 39, including five fours, while Murtaza made 58 off 43 balls, smashing seven fours and a six.

Babar Hayat (38 not out) and Kinchit Shah (six not out) ensured Hong Kong crossed the line with six balls to spare to seal the last remaining spot for Asia Cup. Hong Kong, ranked 23rd in the ICC T20I rankings, will be making their first-ever Asia Cup T20I appearance and fourth overall after playing in 2004, 2008 and 2018 editions in ODI format.