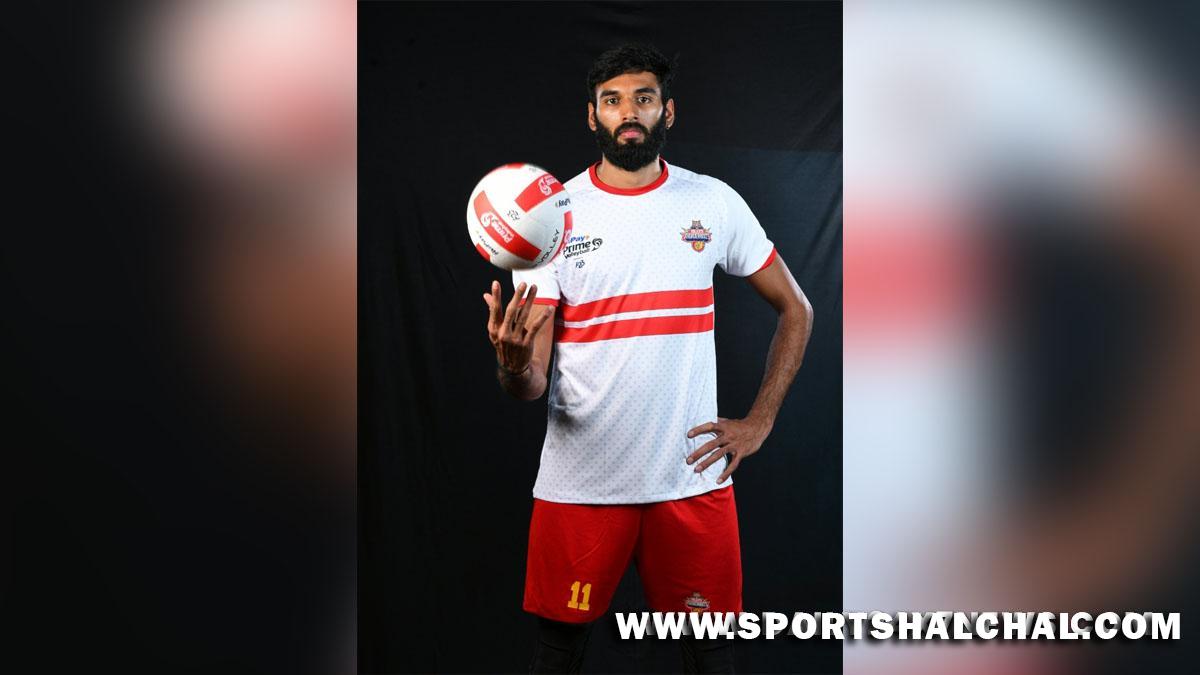 Hyderabad : Kolkata Thunderbolts captain Ashwal Rai celebrated his 29th birthday on Wednesday at the team’s training camp here ahead of the start of the 2022 edition of Prime Volleyball League, which begins from Saturday.Videos of Ashwal’s birthday celebrations along with his teammates and the coaching staff went viral on social media, in which the volleyball star player was seen covered in cake.”It was a fantastic gesture by the teammates and I could not have asked for better birthday celebrations,” said Ashwal.Kolkata Thunderbolts will kick off their campaign starting from February 7 and Ashwal will be leading the team. Asked what challenges lie in store for him, a confident Ashwal said that he does not like to take pressure and believes in enjoying the sport.”I do not take pressure. But planning and implementing is part of the role of the captain. I am working on the same and learning more about how to lead the team in the best way possible,” he said.”As a captain, you do get the pressure of producing results. But if you keep these things out of your mind, you will play better.

Under pressure, you cannot produce a good game. So, I keep advising and guiding my team, and tell them if they make any mistakes. They also keep telling me if I need to change something on the field. This is how we work together,” he added.The senior Indian blocker has played for India for several years and knows the Indian talent in other teams quite well. On being asked if this presents an opportunity for him to plan for the tough opposition teams, Ashwal said that it certainly helps him in getting his team ready for the competition.”I know about several strong Indian players in other teams such as Akhin, Karthik, etc. I will look at their current form and will inform my team how we can play against them. At the same time, I know they know me as well. So, they will plan against me, too. I am also keeping this in mind to recognise where I can spring up a surprise for them,” he said.The Kolkata Thunderbolts team has been training for the past month, even before arriving to Hyderabad, where the matches will be played. Ashwal praised the coaches he has trained with and added that the players have started to bond really well at the camp, which will help the team in the tournament.

“This is the first time I will be playing under our coaches Sunny Joseph and Siju Joseph. They are very creative coaches. I am learning things which I did not expect. They are teaching us so many things which I did not know before,” he said.”Our team has also developed a very good bonding. The foreign players have also mixed well with everyone. We are all staying together and training together for the past few days. Everything is good, and the coach is happy from us. We have a few days more to prepare and our team will improve and we will be ready to do something magical,” he added.There will be two players from USA who have joined the ranks at the Kolkata Thunderbolts – Ian Satterfield and Mathew August. On being asked about what the two international stars can bring to the table, Ashwal said: “Mathew is a blocker. I have to learn a few things from him because he has a great technique. Jan is an Allrounder and from the warm-up to the team-building, he is giving bright ideas on how we can make a solid team. We are very grateful to have these players in our ranks.”