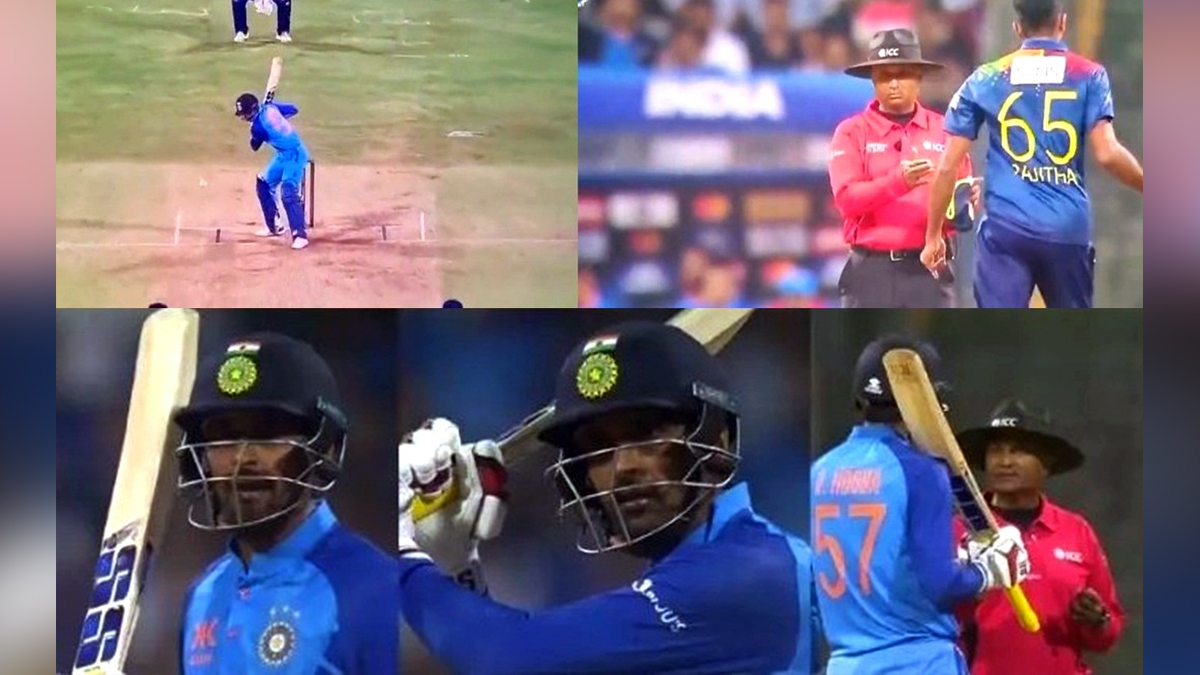 Mumbai : Deepak Hooda, who was the top scorer in India’s victory over Sri Lanka in the first T20, lost his cool during the game and abused the on-field umpire over the wide-ball decision.
The incident took place in the 18th over of India’s innings. Hooda tried to play the fifth ball of the over bowled by Kasun Rajitha and stepped onto the offside across the stumps and let the ball go, thinking it would be called a wide.

But the on-field umpire did not signal it as wide, leaving the batter fuming over the decision and using some unpleasant words. The video of the same is circulating on social media with people giving various kinds of reactions.

The right-handed batter even engaged in an argument with the umpire after getting a single of the very next delivery. In Tuesday’s match, Hooda hammered 41 not out off 23 deliveries, hitting one boundary and four maximums that helped India post a modest total of 162/5 after being reduced to 94/5.

Hooda, who was adjudged Player of the Match, established an unbeaten partnership of 68 runs with Axar Patel (31) for the sixth wicket. With a 1-0 lead in the three-match series, India will next face Sri Lanka at the MCA Stadium in Pune on Thursday.