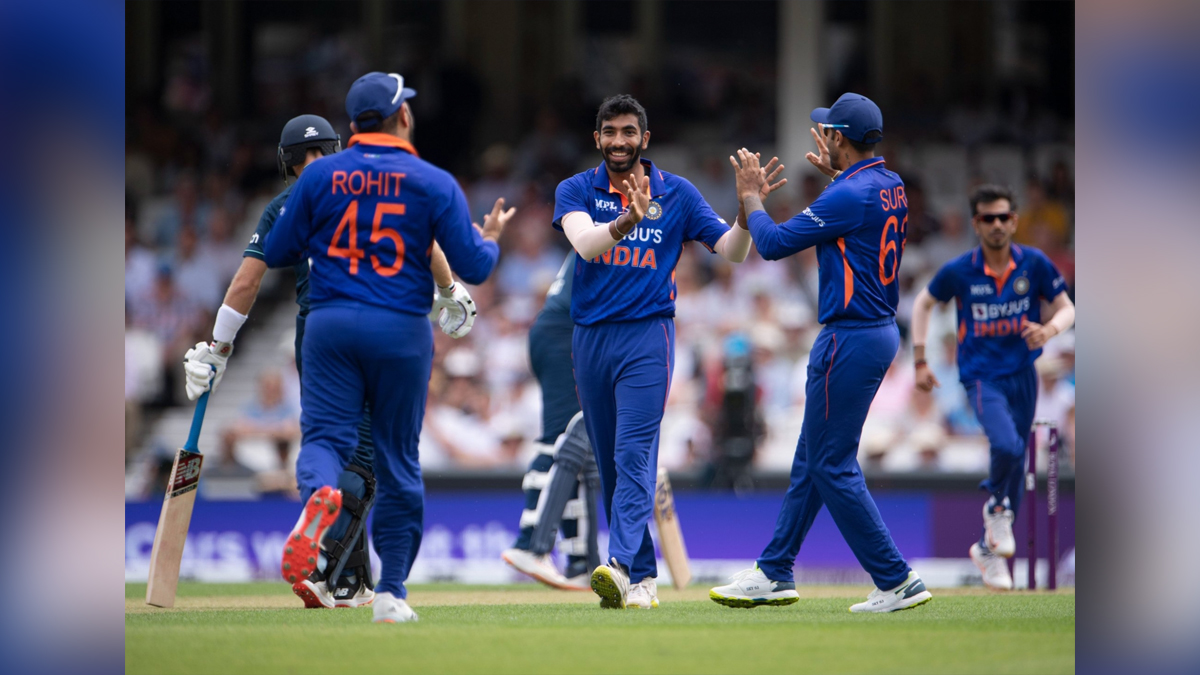 India kind of jumped the gun too early by rushing Jasprit Bumrah into playing : Wasim Jaffer

New Delhi : Since Thursday, there have been reports of India pace spearhead Jasprit Bumrah likely to miss out on playing in the Men’s T20 World Cup, starting in Australia from the next month due to back injury.On Friday, Bumrah was replaced by fellow pacer Mohammed Siraj for the remainder of the T20I series against South Africa after sustaining a back injury.

Now, former India cricketer Wasim Jaffer feels the Indian team management jumped the gun too early by rushing Bumrah into playing the T20I series against Australia.”The stress fracture might have been there already; not to that extent, but it probably got worse after him playing a couple of games under that pressure.

They kind of jumped the gun too early or made him play those games a little early,” Jaffer was quoted as saying by ESPNCricinfo in a video.Bumrah took part in T20I series against Australia after recovering from a back injury which kept him out of T20 Asia Cup in the UAE as well.

At Nagpur, he took out Aaron Finch with a brute of a yorker. But he was taken to cleaners by Cameron Green and Tim David in his figures of 0/50 in his four overs at Hyderabad, the most he’s ever conceded in T20I cricket.

Before the first T20I between India and South Africa at Thiruvananthapuram, the Board of Control for Cricket in India (BCCI) had said that Bumrah was ruled out of Wednesday’s match after complaining of back pain during practice session on the eve of series opener.

“I just feel that probably in hindsight, I would say whether they have rushed him into playing against Australia, if at all I can say that. He might have taken a bit more time and probably got ready for the World Cup.

I don’t know the seriousness of the injury but that’s what I feel, whether they kind of pushed him too early to play and then obviously, it reoccurred,” added Jaffer.In case of Bumrah being absent from T20 World Cup, Jaffer admitted that there is no like-to-like replacement of him in the side.

At the same time, he feels that senior pacer Mohammed Shami, who is in travelling reserves for the mega event, to be Bumrah’s replacement in the main squad.”I don’t think we have got a replacement for Bumrah.

He is a vital cog in this Indian team, and he’ll be sorely missed. We haven’t got anyone as good as Bumrah to bowl in the powerplay as well as in the death (overs) especially.””But the best guy to replace him would probably be Mohammed Shami.

But again, the death bowling is a concern with Shami. (Bumrah’s absence) it’s going to be a massive blow for India’s preparation.”India, the inaugural T20 World Cup champions in 2007, are in Group 2 of the Super 12 round of the T20 World Cup, alongside Pakistan, South Africa, Bangladesh and two teams from first round. India begin their T20 World Cup campaign against Pakistan on October 23 at the MCG.