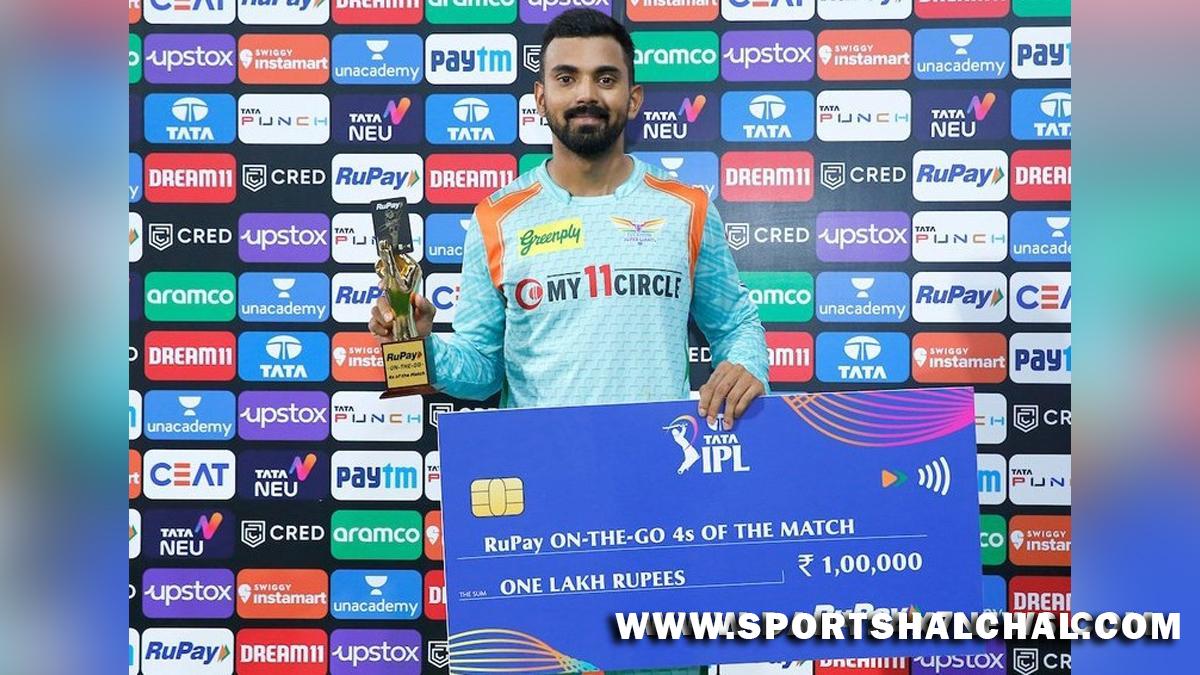 Navi Mumbai : Lucknow Super Giants captain K.L Rahul stated that he was very pleased with his team finding a way to have a good chance of winning a match in IPL 2022. Inserted into batting first, Lucknow were in trouble at 27/3. But the 82-run partnership for the fourth wicket between Rahul and all-rounder Deepak Hooda took them to 169/7. In defence of the total, Avesh Khan and Jason Holder took five wickets in the last three overs while conceding only 20 runs to give Lucknow a 12-run win, their second of this tournament. “What’s pleasing is that we’ve found a way to stay in the game and give ourselves a good chance of winning. We did that again today,” said Rahul to broadcasters Star Sports after the match. “Not ideal to lose three wickets early in first four overs, but we need to give ourselves a little time since we bat deep and we have power at the death (overs). That’s something we need to learn as a batting group how to play risk-free cricket while looking for fours,” added Rahul, who top-scored with 68 off 50 balls. Rahul further explained Lucknow’s functioning during the match against Hyderabad.

“But with the ball, we’ve been brilliant in all three games. We don’t chat so much in the middle. As opening batsmen, you give yourselves a couple of balls and if the wicket is good then both openers have to go. We have that extra batter with Jason coming in, so the plan is to put pressure on the opposition.” “That’s the body language we want to carry. To go out there and hit boundaries and sixes, but choose smart shots. If we lost wickets early, we need to quickly assess the situation and see what the target should be. Quinton and Lewis wanted to put pressure on Washington, but it didn’t come off.” Rahul then showered praise on Hooda, who played a crucial hand in Lucknow’s innings with the bat through his quick 51 off 33 balls. “I’ve been playing with Hooda for the last 3-4 seasons, he doesn’t come out of the nets. Don’t really need to do so much nets when you’re batting so well, but he never comes out of the nets.” “He had to wait for his chance, he’s using that, and now is becoming someone you can rely on, in the middle order. He soaked in the pressure today and took on the bowling. Really pleased with the way he’s batting. Hopefully, he can grow and get better.”