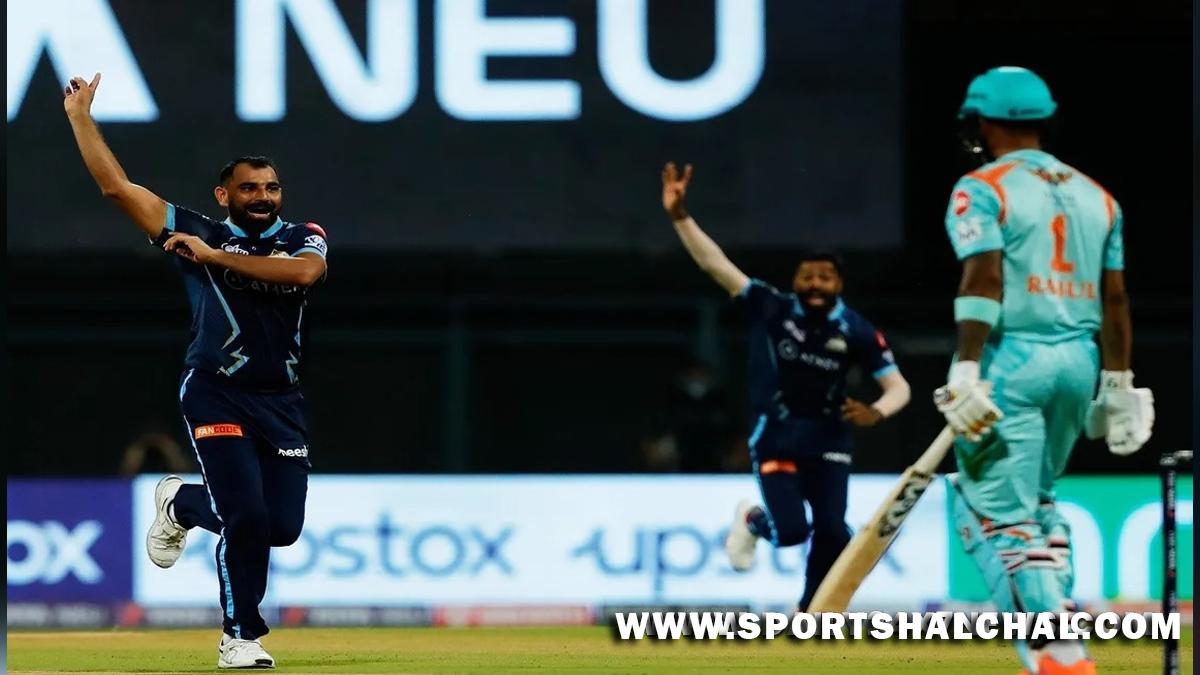 Mumbai : Gujarat Titans pace bowler Mohammad Shami’s devastating bowling in powerplay, which fetched his team a five-wicket victory over Lucknow Super Giants in a match between IPL newcomers, had class written all over it, and he credited his success to “hard work” over a long period of time.By the time Lucknow Super Giants were done with the powerplay, they had lost their top order comprising KL Rahul, Quinton de Kock and Manish Pandey, with the 31-year-old Shami having superb figures of 3-0-10-3.Asked about his spell, Shami told Star Sports that his learnings over the years in Test cricket were the reason for his success in limited-overs cricket as well.”I warmed up well. You need to bowl a Test match length when you have these conditions: fresh wicket, little bit in the air,” said Shami.Shami had swing and precision of seam as he went about his task in a cool and calculated manner. Before Monday’s game, Shami had taken only 18 wickets bowling in the powerplay in IPL matches at an average of 59.94 in 139 overs. But on Monday, he was simply unplayable in powerplay.

He attributed the turnaround in the most crucial overs of a 20-over game to continuous hard work.”I worked hard for a long time, and it’s only after that, that the seam comes out like that (straight),” added Shami.Shami started Gujarat Titans journey in the IPL with a first-ball wicket. The seam was upright and the ball swerved in. It then broke away sharply to take an edge off Rahul’s bat to wicketkeeper Matthew Wade.No less spectacular was the wicket of Quinton de Kock. Shami took it away for the first couple of balls, and then brought the wrist into play by getting the third ball to swing in sharply to clean bowl the South African for seven.David Miller, who had a role in making Gujarat Titans’ chase successful with a 21-ball 30, described Shami’s effort as “match-winning”.”He was just hitting the area that bowlers want to hit every ball. He has a knack and a gift. To lead the team from the start the way he did was incredible. Obviously with a new team, first game, you want to start well, and that’s what he did,” said Miller.